Nationals Spotlight: Max Scherzer, The Best Righty Of His Generation? 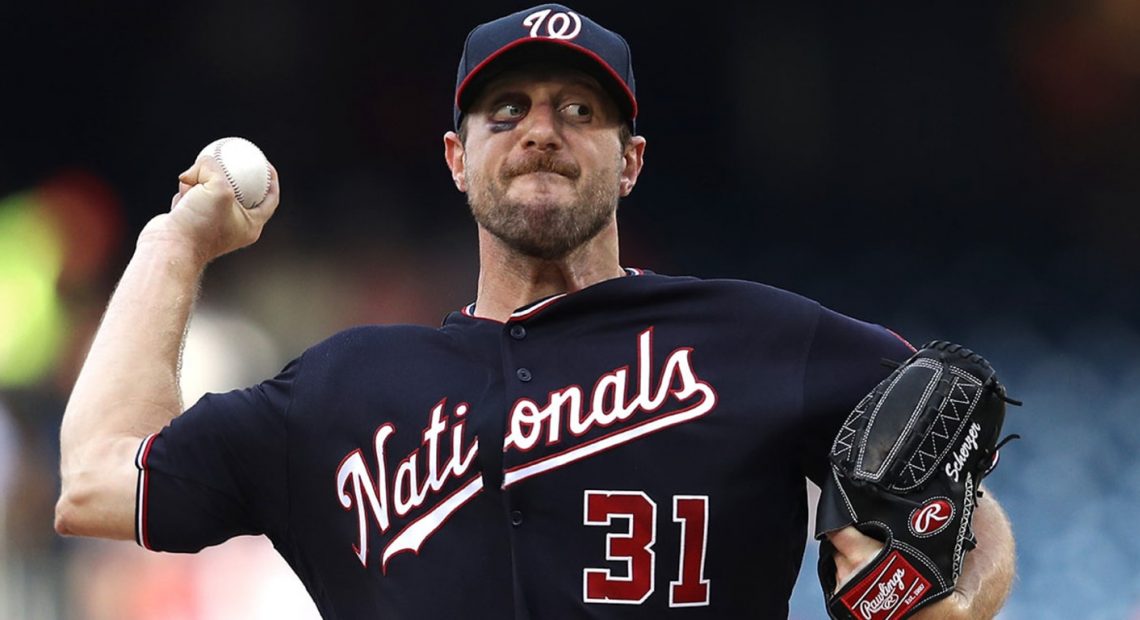 Everyone knows that Justin Verlander is the best right-handed pitcher of this era. What this post presupposes is…maybe he isn’t? Either way, it’s kind of funny that the Tigers had both Verlander and Max Scherzer and contrived to not win a World Series. And it would appear the Nationals are intent on imitating that pretty closely.

Now, the Verlander fans (or really, the Kate Upton fans because let’s be honest) will point out that Verlander has spent every year of his career in the AL, whereas Scherzer has been in the NL the last five seasons and his first full season with Arizona. And the AL is slightly tougher on pitchers, with the DH and all. Still, Scherzer has dominated in the AL as well, and racked up one of his Cy Youngs there. They’re certainly neck and neck, though it feels like Verlander is still the #1 in a lot of experts’ minds.

If it wasn’t for injury, Scherzer would be on track for a career season this year at age 35. Which is saying something given the avalanche of home runs that pitchers have been dealing with this year. He’s striking out more hitters than he ever has, his walk rate is the second-lowest of his career, and he’s produced more grounders this season than he has since he was a Diamondback.

How has Scherzer gone about this? There doesn’t seem to be a huge change in usage or repertoire. Scherzer is using his fastball less than before, the least amount in his career in fact at just 48%. Which is a little strange, because it has even more juice on it than it did last year at 95.2 MPH. No other pitch has lost much either. And there isn’t much change in how any of his pitches move. And yet his slider and change have gotten more whiffs than before.

It appears that Scherzer has decided to live on the hands of left-handed hitters, for one. 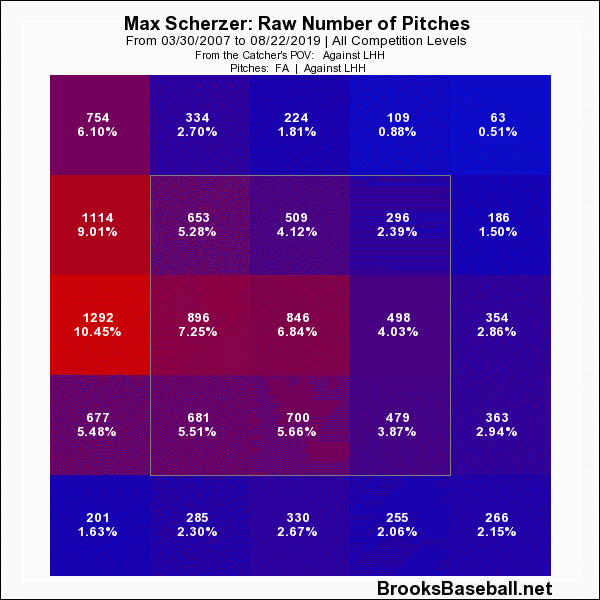 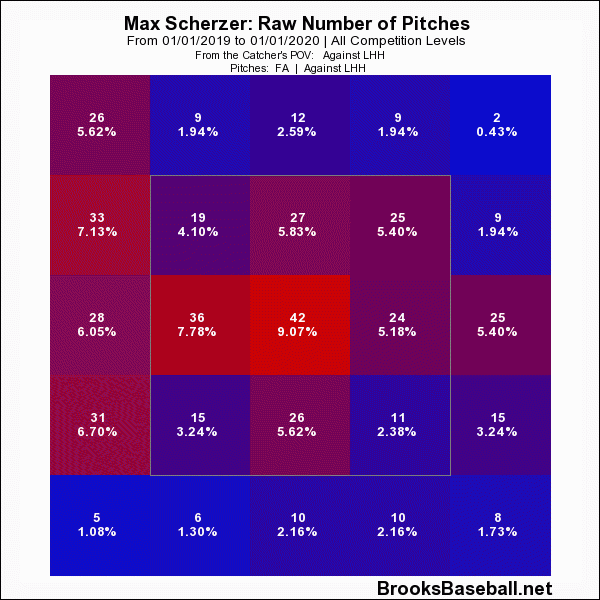 He’s getting a higher grounder rate against lefties than in the last five years. For righties, Scherzer is doing the opposite, going to the outside corner more and going away from righties’ hands. It’s resulted in a much higher ground-ball rate from righties for him.

The only problem Scherzer has run into this season is health. This will be the first season that Scherzer won’t collect at least 30 starts, as he’s only at 20 now and just got off the IL yesterday. Perhaps that will leave him fresher for the one frontier he hasn’t conquered, at least for the Nats, and that’s the postseason.

As strange as it sounds, Scherzer has only made three postseason starts for the Nationals. Two in the Division Series against the Dodgers in 2016, and one against the Cubs the following season when he dealt with health problems again and couldn’t appear until Game 3. And he made that one, ill-fated relief appearance in Game 5 against the Cubs. The Nats have lost all four of those postseason games, even though he was brilliant in two of them.

Verlander got to put his record straight with the Astros in 2017. Could it finally be Scherzer’s turn to match him there as well?