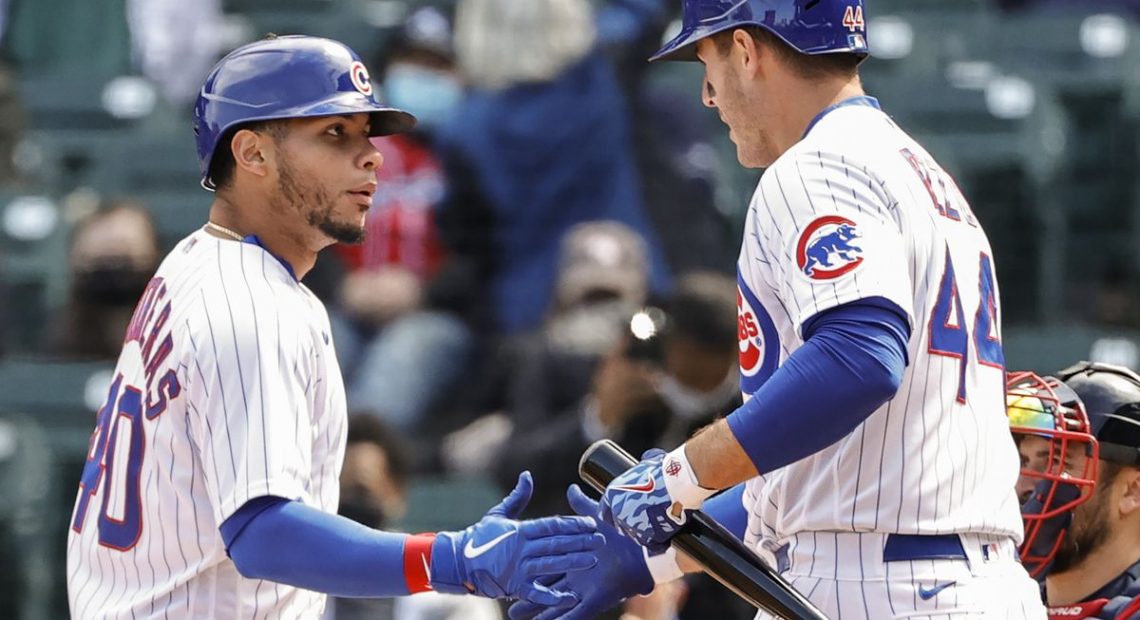 This season has been nothing but a clownshow thus far. What does a 13-run game mean for the Cubs when the Braves can turn right around the next day and score 13 runs right back? The Braves themselves were severely underperforming to start the season like we were, but they obviously came out the better team here, and now I’m wondering if we’ll ever win against anybody ever again. Nothing like being a pessimistic Cubs fan to remind you there’s no bright side to this season so far.

If you’re lucky enough to not spend your free time watching this garbage team play and you only make yourself susceptible to it through my overly descriptive writing, be glad. This team is legitimately awful and not fun at all to watch. Even during the second game of the series where they were offensively competent, we were all thinking in the back of our minds that the fun couldn’t last long, and it didn’t. Let’s look at the games.

Zach Davies was the starter, lobbing balls over the plate and only getting one strikeout the whole game, early in the 2nd inning.

The Cubs were able to get on the board in the 2nd thanks to Javier Baez getting hit by a pitch. Eric Sogard was able to make himself useful despite his .120 batting average, RBI-ing Baez to give the Cubs the lead.

However, going up one run early only to squander it with no more offense to be seen for the rest of the game is something the Cubs do quite easily. By the 3rd inning, Davies’ walks came back to haunt him when Travis d’Arnaud hit the ball to left field and Joc Pederson dropped the ball while trying to field it, allowing a runner to score.

Ronald Acuna Jr. has one and a half times the batting average of our best batter, Kris Bryant, and showed how helpful it can be to have hits that aren’t just solo shot home runs all the time. He hit a pitch to the outfield in the 4th inning, allowing the Braves to score two runners.

After four straight Braves hits, Baez slipped while fielding a ball with two outs in the 4th. He could’ve dived to second base, just a few feet away from him, to end the inning. Instead he threw to first base, which did nothing because the runner was already safe. The very next at-bat, Baez fell while fielding another hit and made a really bad throw to the plate that ended up popping out of Contreras’s glove. Suddenly it was 4-1 Braves and they never looked back.

Contreras was the other hitter of the game with a (who could’ve guessed) solo shot home run in the 5th inning. He also was part of a big double play throw in the 5th to get Guillermo Heredia caught stealing at third base. He was the best player on the Cubs by far, and did we mention he got hit by another pitch this game? It never ends for this guy.

The Braves were able to extend their lead back to three in the 7th, however, with a sacrifice fly ball by Ehire Adrianza. The Cubs were never able to get back, although they once again had a 2-out “rally” in the 9th where they had bases loaded and a home run could win them the game…and then it ended with an amazing flop as Pederson struck out swinging. Some upgrade from Kyle Schwarber he was, huh?

This game started out the way we’ve seen too many of these games start: first an early-inning home run, again from Contreras. But unlike the games in the past, the Cubs’ offense actually crushed it today, making up for the lack of offense all season. The Cubs scored runs in back-to-back innings for the first time since April 3rd and scored runs in three straight innings for the first time all season.

Contreras had two home runs in the first 3 innings of this game, meaning at this time he had hit 4 of the last 5 Cubs home runs, and can claim home runs in three straight games. David Bote, who has the worst batting average of all Cubs starters, hit a double RBI in the 2nd inning. Couple that with a walk, a Bryant single and a 3-run homer by a suddenly rejuvenated Baez, and it was 6-0 Cubs.

Both Bryant and Bote homered in the 5th inning, RBI-ing three other guys combined. Bryant had a second homer in the 6th, scoring Anthony Rizzo. Overall, the Cubs had 14 total hits (highest of the season so far) and 13 RBIs (more than doubling the Cubs’ second-best RBI number this season at 5). Bryant and Rizzo led the team with three hits each. The Cubs jumped from a .166 batting average before this game to a .184 batting average after an over two-week-long narrative that the bats just weren’t happening for this team.

It was another start for Trevor Williams today, and he had 4 strikeouts, 4 hits and 3 walks. He worked himself almost into a jam in the 2nd inning with Braves runners on second and third and only 1 out, but he then worked himself back out of it quite quickly by striking out the next two batters to keep the Braves off the board. Williams played 5 full innings, getting pulled when he loaded up the bases in the 6th. Ryan Tepera replaced him, and although the Braves were able to make contact off his pitches, the Cubs defense was able to get out of that inning only allowing one Braves run.

By the 7th inning, the bullpen wasn’t spectacular, but when you’re up 11 runs you can usually just let the bullpen do whatever it wants and you can still win the game. The Cubs…well, they just rolled out everybody, as Shelby Miller, Brandon Workman, Dan Winkler and Jason Adam all saw an inning (or less). Miller gave up 3 hits for 3 runs, had 2 walks and only 1 strikeout, but also got the save. The rest of the bullpen combined for no hits, no runs, no strikeouts and only one walk.

Thought the Cubs would build off their solid offensive game from yesterday? Slow down there, cowboy. Despite Kyle Hendricks coming back from what seemed to be a very minor illness, the top of the 1st inning was an absolute nightmare, as he gave up 6 runs to Atlanta off of 4 homers. Hendricks also gave up two walks in that inning, and three total all game. He only stayed in for 4 innings and had only two strikeouts. In that 1st inning, he didn’t even give the defense behind him a chance to help out because he was just walking people and letting people homer. It was a really rough outing.

Rizzo, however, decided to try his best to get the Cubs back into this. After a double play to start out the bottom of the inning, Rizzo hit a solo homer to right. (He would also homer later in the 3rd to the Cubs’ third of four total runs this game.) The Cubs tried their best to continue the rally by hitting a single, drawing a walk, and hitting another RBI single, but then Jason Heyward grounded out to end the inning.

Even though Braves heavy hitter Ronald Acuna Jr. left the game in the 4th inning because of abdominal muscle pain after sliding into the place weirdly, the Braves didn’t miss him offensively at all. Alec Mills replaced Hendricks to begin the 5th inning, and he only lasted that full inning before he got pulled. Mills allowed three singles, two doubles, and a walk during the 5th and for the first three batters in the 6th, where he recorded no outs.

Ryan Tepera replaced Mills; he has a knack for hitting people with his pitches because he hit two of the first three batters he faced. He also allowed a sacrifice fly to put the Braves up 9-3. And then he allowed a grand slam to put the Braves up 13-3. Remember how he appealed his three-game suspension after the last Brewers series to keep playing for the Cubs in the meantime? That turned out real swell.

The Cubs tried to build a mini rally at the bottom of the 6th even though the damage was already done. Bryant walked and Pederson was able to hit a single to drive him to third base in scoring position. But if you thought Baez was going to do anything other than completely whiffing at every pitch way out of the strike zone in this situation, you’d be wrong. Jason Heyward and Bote struck out right after him, quickly ending the mini rally.

By the 8th inning, Baez actually hit the ball for once, and it happened after Pederson tripled in a two-out situation, meaning he was offensively productive for once. Just a few more feet and it would’ve been a homer. Then the Cubs decided to waste a 9th inning outing on Craig Kimbrel because why not at this point. He even put up a below-average performance also, walking two batters and striking out only one.

It’s been less than a month and this season is already in a nearly unwatchable slog. But I do it for you all so you don’t have to. And up next is a three-game series against the New York Mets, who find themselves with a 7-4 record atop the NL East and can boast to having pitchers such as Jacob deGrom…oh wait, the Mets defense has squandered 2 of his 3 starts so far this season. This series should be nothing but more of the same top-tier entertainment. See you all when it’s over with.

Tags: Anthony Rizzo baseball Chicago Cubs no other player deserves a tag this team sucks so much Willson Contreras