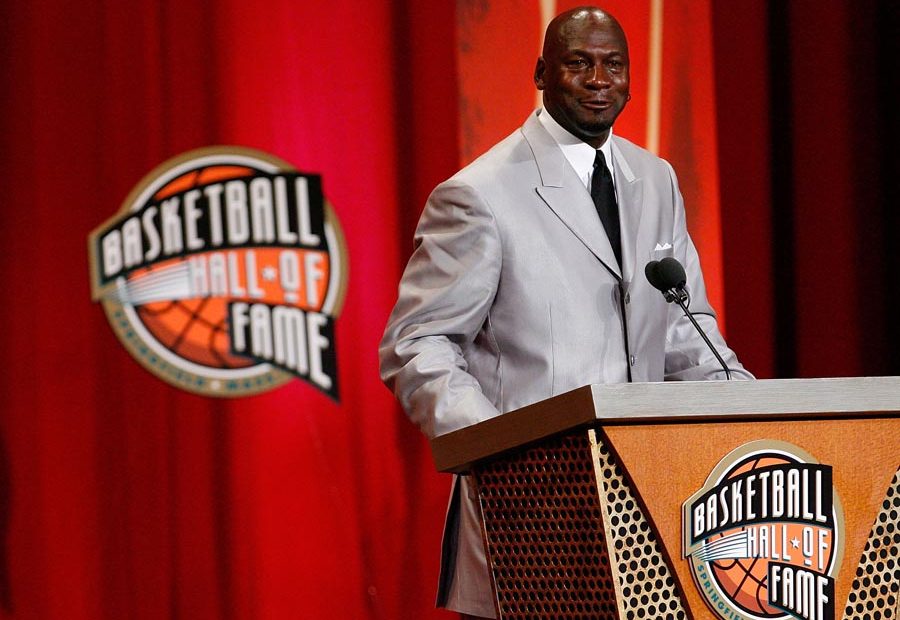 We here at C.I. are having a little trouble putting our thoughts into words. So we asked Michael Jordan to help us out, as we were inspired by his overly gracious and in no way vindictive Hall of Fame acceptance speech.

I’m so glad the guys at The Committed Indian have asked me to be here today and provide such a glorious service. There are so many people out there who made winning this Stanley Cup so special, I hope I can remember them all.

To all the fans and media who pushed for the Hawks to trade Patrick Kane for Ryan Miller last year. In the time Kane has racked up two Cup rings, Miller has five playoff wins. A trade that surely would have reshaped the franchise, indeed.

To the Vancouver Canucks and especially their fans, who have been the best comedy on television for years now. Remember when all those people acted like that win in the last week of the regular season was truly meaningful? Maybe they can hang another worthless banner in honor of it. Could go right next to the Marcus Naslund one or the one they have in honor of themselves. Not like they have much else to commemorate.

To the St. Louis Blues, who treat every game against the Hawks like the Super Bowl and then proceed to try and win it in all the ways that don’t matter. What’s that we always hear from Blues fans? How they have a real captain because he fights? Ours is only the second to win the Cup twice before the age of 25. Yours….wait, hold on…..yep, thought so, Backes just took another moronic penalty period late in the 3rd period.

To former St. Louis Gametime editor Sean Gallagher, who probably thought he would duck our barbs now that he’s “retired.” Writing in his program last year, Gallagher wrote something to the effect of now that the Blues were good again, he didn’t want them to become the Blackhawks, a supposed one-and-done team. My favorite quote, “..nobody thinks about the Hawks as Stanley Cup contenders any more….”

That’s actually correct, Sean. Nobody thinks of them as contenders. They think of them as two-time winners. It’s a big difference, but you wouldn’t know that in St. Louis, would you? Let it also be noted that this is the only correct thing Gametime has ever written about the Hawks. Or anything.

To the Red Wings fans who now will only invade our city once a year, and by invade I mean leave their apartment in Lincoln Park and Lakeview to come to the United Center and then talk about how “Detroit” they are. You always love to wave those four fingers at us. But you know, two in four years sounds a little better than one in 10 right now. It’s ok, you can keep yelling, “How many Cups have you won?” to everyone you see, especially the at the man behind the desk at the unemployment office.

To all those writers and experts who said the Hawks weren’t tough enough or gritty enough or didn’t fight enough. They couldn’t beat big nasty teams like the Kings and Bruins, who would run right over the Hawks pretty, pipsqueak hockey. Still waiting for that….

To those who hung Corey Crawford out to dry after Game 4 and somehow ignored Tuukka Rask giving up one more goal in that game. Well, Crow surrendered three since.

To those who have labeled Stan Bowman an idiot for trading DAT BIG BUCK guy. Well, there was Michael Frolik, Michal Handzus, Nick Leddy, Johnny Oduya, Michal Rozsival, Andrew Shaw, and Brandon Saad all playing key roles at points during the season on a Cup-winning team. It’s ok Stan, no one gave Jerry Krause any credit either, and he’s got a fucking banner in the U.C. That’s my fault, though. Because I’m still angry at you for trading Charles Oakley.

But mostly, and most sincerely, thanks to all of you who read this blog and make it so much fun for us to do. If you have a 10th of the amount of joy reading this as we do writing it, then we really are happy to help you through your day.