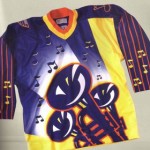 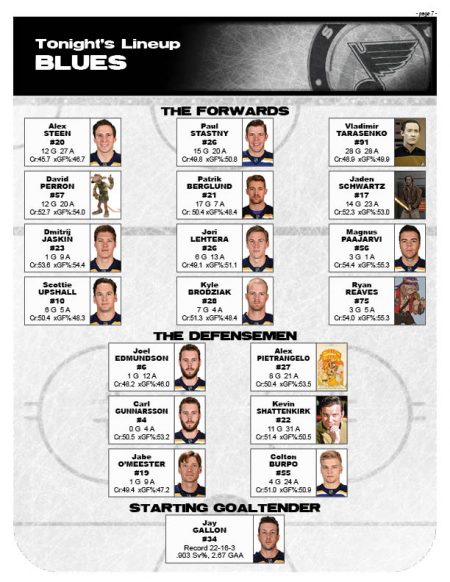 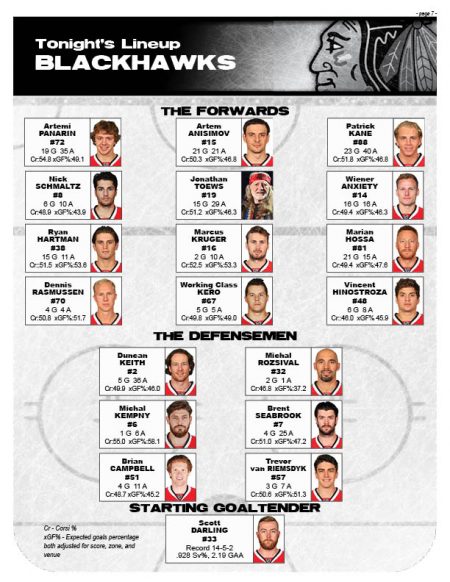 Mike Yeo has gone 7-3-0 since taking the job on the first of the month, and the Blues remain fairly decent in the possession department overall at 50.92, but during Yeo’s tenure it’s actually been significantly worse, carrying a 47.4% share during that stretch, and allowing 4 more attempts per 60 minutes at 5v5 while taking three fewer. Additionally, tonight will be the Blues’ first game back from their bye week, and there will be no shortage of mentions during the broadcast about just what the record is for teams after their mid-winter sabbatical.

Part of what has aided the Blues during this seeming dead-cat-bounce is that Jay Gallon, after seemingly shitting all over his most recent opportunity to fully seize control of the Blues’ net has been quite solid under Yeo, with a .935 overall during February, after four straight months of declining production (.923 October, .904 November, .896 December, .841 January). Allen’s stat line and and the overall team stats aren’t wholly independent of one another, as Yeo has shown to be adept at trapping when he’s been desperate in Minnesota, and he actually has the pieces to do so here. So he’s had the Blue collapse around Allen and try to clear any second chance opportunities in the unlikely event that the initial shot gets through.

As far as the skaters in front of Allen, not much has changed other than Robby Fabbri being lost for the season to an ACL injury, giving the Blues one less skater with any East-West dynamism on a group that is already severely wanting in that department. Paul Stastny returned to the lineup in the last game before the break after missing a week and a half prior, and he’ll center Vladmir Tarasenko, the primary guy that needs to be focused on at all times in order to beat the Blues, yet the Hawks always seem to lose track of him. Jaden Schwartz has quietly played 90% of the Blues’ games this year, and is putting up respectable numbers with a 52 share and on a pace for just shy of 20 goals. During the off week, the Blues felt it necessary to give Patrik Berglund, who doesn’t really do anything a FIVE YEAR, $3.875 million dollar extension because he’s on pace for 20+ goals for on the third time in his career, in a contract year, and will be 29 in June. So that is a combined $8.5 million given to him and Jori Lehtera over the next three seasons. Of course, having said this now in the preview, both of them will go off for three point nights tonight.

The blue line is where things get more curious, as Kevin Shattenkirk is a highly coveted trade piece should the Blues decide to fully punt and try to figure this thing out. Shat’s offensive upside has always been exceptional, enough to live with his lapses in defensive judgement from time to time. The Blues are very big on Colton Burpo, who is not without his upside as well, being giant, fast and right handed. But he too will get outmuscled in his own corners by forwards half his size, and were the Blues not throwing money away at the two paperweight forwards mentioned above, it’d be pretty easy to keep both of these two. But it’s been clear for a while now that this will be Shattenkirk’s last season for the Blues one way or the other, as they don’t seem willing to pay him market value. The next 3 days will give a very clear indication of just what the Blues think they are this year, and there’s no reason to believe it’s anything other than what they’ve always been.

As for the Men of Four Feathers, tonight will be the debut of the newly acquired Tomas Jurco on the left side of Marcus Kruger and opposite of Marian Hossa. It’s an extremely low-risk move for the Hawks trying their chances on a down asset with some pedigree, and in an RFA walk year. Jurco has a decent frame at 6’2″ 200lbs, plus speed, and satanic hands. If nothing else he’s non-Desjardins/Tootoo insurance for the playoffs, though there were several reports that the Hawks have been looking for a way to bring him in here for a while now. He’ll get thrown in the deep end tonight, as almost no one starts in their own zone more than Kruger, but for a kid with some offensive flash, there isn’t a better backchecking safety net than Kruger and Hossa. Vince Hinostroza getting demoted was the corresponding move, which moves Dr. Rasmussen down to the fourth line with Tanner Kero and Heart Man.

On the Hawk blue line, Niklas Hjalmarsson will miss tonight’s game after trying to tough things out on Thursday with the nebulous upper body injury. That puts both Michal Rozsival back into the mix, and although he did score on Thursday, two of the Yotes’ goals in the first period were a direct result of his doors getting blown off. On home ice it’s easier to hide him, but Quenneville is already doing that with Kempny who he doesn’t fully trust. So it appears to be a night where Duncan Keith and Brent Seabrook will have to play with everybody.

In net, Scott Darling gets the impromptu shoulder tap as Corey Crawford is battling an illness today, with Lars Johansson getting the emergency recall as the backup. Darling at home is generally better than Darling on the road, and the Blues aren’t a team that can make him move too much laterally so there shouldn’t be much of a dropoff in the Hawk net, though with the amount of space due to his height, do not be surprised in the least if Vlad ends up having at least one goal going five hole on Darling.

In three previous playoff series against the Hawks with Minnesota, Mike Yeo has proven himself to be able to mix up his tactics against the Hawks to try to keep things off balance and actually coach the game in front of him, changing things up period to period. Coming off the bye week, on the road, and given his roster composition, it will not be shocking in the least if he tries to make the neutral zone a living hell, and stack three or four men at his own blue line. It won’t be pretty, but he’s still kind of coaching for his job right now, and given the records of teams coming out of the bye, he’ll likely try to make the lowest risk play possible with what he rolls out. Patience will be key for the Hawks, as they tend to get frustrated when teams trap and stack the line, still trying to carry the puck in rather than a soft chip and using their speed versus a flat footed and backwards facing defenseman. Not that it matters all that much in the grand scheme of things anyway, as these two appear to be on a collision course for a first round matchup anyway no matter what the outcome is tonight. Let’s go Hawks.