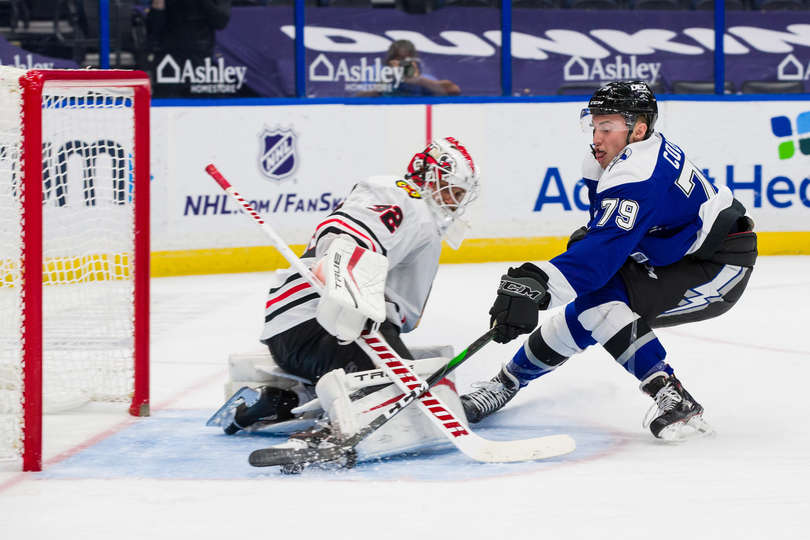 It wasn’t so long ago where the Hawks were on the flip side of the story with what transpired in Tampa over the weekend; where they’d be able to keep a team at arm’s length and hold them by their own forehead as they impotently flailed and swung away, never landing a single punch. The Bolts did exactly that to the Hawks over the weekend, leaning on them when it was necessary and never having to exert even the slightest bit more effort than was necessary, and walking away with two regulation wins in the process. March was always going to be a reality check for the West Side Hockey Club, and with their season series against Tampa nearly complete with a 1-5-1 record (compared to Tampa’s 6-0-1, leaving only a single shootout point on the table), the results are now lining up with the process.

Tags: Blackhawks Dylan Strome Gratuitous Use of Against Me! Jon Cooper is a sexual deviant Kevin Lankinen Tampa Bay Lightning