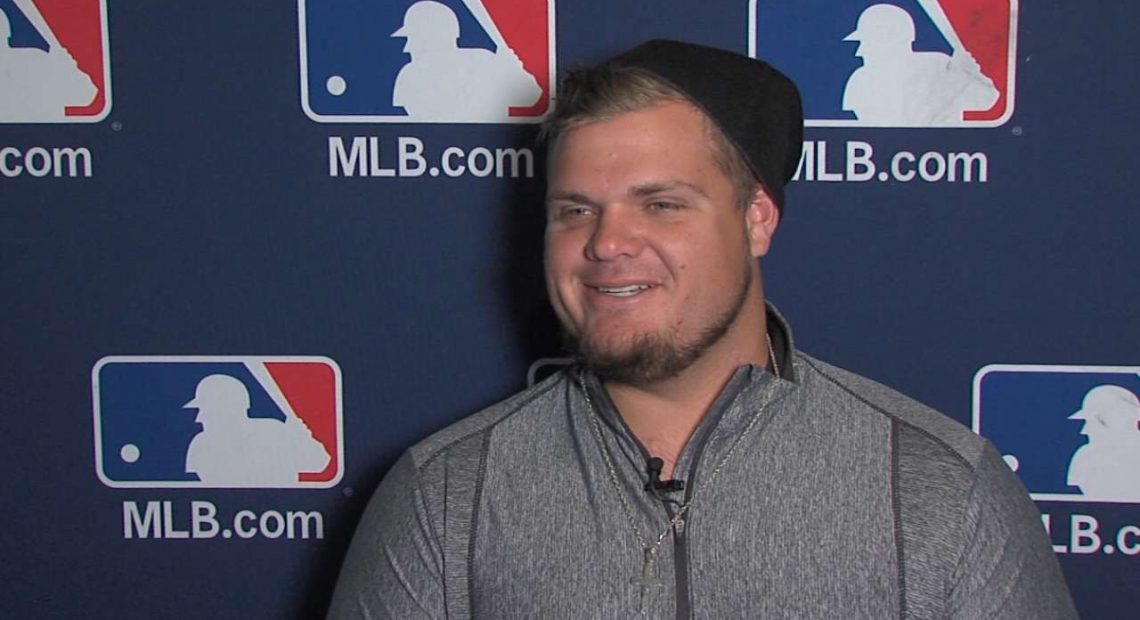 Some players are born to just do one thing. It’s like they’re cut directly out of the molds that used to make the little plastic army men some of us played with as kids. Daniel Palka and Dan Vogelbach are two guys who look like they were made from the EXACT same mold. Literally. Like they had the same form and everything, then at the last second they put a different head on Palka just to make sure people could tell the difference.

Positionally they’re almost identical as well, as they are both generously listed as first basemen/outfielders but are both horrible in the field and better suited to being designated hitters. They’re both pretty identical there as well, being that they’re both plus-sized left handed uppercut swingers. Both guys are the prototypical “Three True Outcomes” hitters in this launch angle era of baseball that they both hit in.

They were both considered career AAA hitters as well, until last season when Palka had a fairly decent run at the big league level with the White Sox. He turned in a .240/.294/.778 slash line in 417 at bats. He also socked 27 dingers and added 67 RBI to the equation.  Vogelbach meanwhile had a brutal run at the major league level last season with the Mariners. He was called up twice and played in a total of 37 games with just under 90 at bats. In that time he slashed a miserable .207/.324/.691 with 4 home runs and 13 RBI. Vogelbach’s splits were exactly what you would expect from a left handed power hitter, having a .050 average and one extra base hit against same handed pitching in 2018, while he hit .250 against right handers and hit all of his home runs.

Flip to this year, and the two have practically swapped spots. Palka had a brutal start to the season, hitting .059 in 50+ at bats, with no extra base hits and an almost 50% strikeout rate. He was sent down to Charlotte in May. Vogelbach won the 1B/DH job out of spring training and came out of the gate smoking hot, hitting 8 home runs and ringing in 14 RBIs in the month of April. His job security increased even more at the beginning of June when the Mariners sent Edwin Encarnacion to the Yankees in the trade that netted them pitching prospect Juan Then. Vogelbach currently has a .212/.344/.800 line with 24 home runs. Palka was called back up this month as part of the September roster expansion and picked right back up where he left off, with a .135/.141/.176 line. Yeah, you read that right. Daniel Palka is currently slugging at a .035 clip in the 2019 season.

So what’s the difference? What changed? Why has Palka gone from a 0.7 WAR player to a -1.5 one in a single offseason? For once, there isn’t much in the advanced stats that can give us a clue as to why Palka’s swing has fallen off a cliff. Last season his BABIP was a little high (.308) but certainly not a number that screamed drastic regression. His 38% K rate is way above the league average, but that doesn’t speak much to his lack of hits. His hard hit rate is the only number that’s followed his performance off the cliff, going from 36.4% last year to 8.8% this season, but Palka himself admits he hasn’t really tinkered with his swing at all.

What is the cause of the turnaround in Vogelbach’s game that has him now a valuable major league contributor (granted for a rebuilding team) instead of a career AAAA player? This is pretty much the guy the Cubs envisioned when they took him in the 2nd round of the 2011 draft. Kind of  like a pre-Schwarber Schwarber. A look at Vogelbach’s advanced stats show that most of them are pretty much in line with what he’s produced his entire career. His hard hit rate is 52.5%, up 4.8% from the previous year, which is what you’d expect with an uptick in power. His BABIP this season is at .230, which is actually lower than what he produced last season and indicates he’s not getting very good batted ball luck. His wOBA is only .010 higher than last season. What gives?

Ultimately we come to the point in baseball where there are some things that just can’t be explained away by advanced stats. Sometimes good (or bad) luck just takes over and produces career best and worst years. For the Mariners, they’re currently reaping those rewards being produced by the good stuff coming off Vogelbach’s bat. For the Sox, what was shiny last year has been polished right into a turd. Palka should be given the rest of the month to try and hit his way out of this epic slump that he’s in the middle of. The Sox should know if what he did last year was a mirage, or if this season is just some ungodly bad luck vortex that Palka is swirling amidst. Both guys have value to their teams, but only if the cards are cut juuuuuust right.