We Like To Watch – June 9th: In The House And An Anniversary 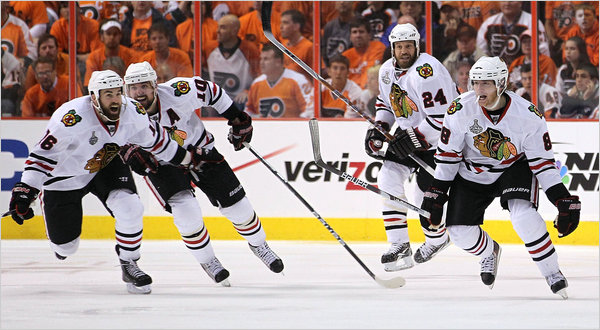 There’s an added buzz to the hockey world when the Stanley Cup actually enters the building. It will be in Pittsburgh tonight, and one gets the feeling it’s almost certainly going to come up for air. You tend to feel like that when one team hasn’t had a lead all series. At this point it almost feels like we’re just putting the Sharks out of their misery.

You would think that being on the brink would finally force DeBoer to empty the tanks, tell Dillon and Polak that they’re playing eight minutes each at most and try and keep his top four d-men out there as much as possible. But if it hasn’t happened yet it probably won’t now. And basically no matter how well the Sharks play tonight, one shift or two from those will turn the tides.

And of course, once Sidney Crosby raises the Chalice over his head, should he do so tonight or in a couple days, we’ll be hit with narrative-palooza. That this will be some sort of validation for him, which it is in a way, but doesn’t all of a sudden now make it safe to say he’s the best player on the planet again which he’s been basically since he stepped on the ice at The Igloo.

However, the Phil Kessel angle will be utterly delicious for anyone who likes to laugh at Toronto, which is basically everyone on Earth. What the Leafs media will have to do to bend over backwards enough, probably to become an actual sphere, to somehow justify all they wrote about him is going to make for excellent television. What we know now, basically, is that Kessel was far and away the best player the Leafs had and they’ll drive Mathews and Marner out of town too when they get the chance. Can’t wait.

And on the other side, it’ll be more stories about how Thornton and Marleau can’t get it done and another summer of musing on possibly moving them along again. This feels like it was the Sharks’ one chance, because the main crux of the team is old and while there are kids contributing no one other than maybe Hertl looks to be poised to be a foundational piece. Then again, with the way the decision makers are headed in that division, the Sharks could remain contenders by default in the Pacific. Maybe the Flames and Ducks can simultaneously hire Carlyle and have him coach both.

Then the incredibly brief offseason can begin, and this one will be even shorter with the World Cup looming in September. Players will pack off for training camps in August. You’ll barely get a breath after the draft and free agency. Which is fine, as the Cubs will have probably clinched the division by the time Campbell signs here and the Sox might, just might, have won another game by then.

-Can it really be six years ago today? In some ways it feels like it was 20. And yet I pretty much remember everything about that day. I remember it was pretty fucking humid here. I remember building a whole patio set just to keep busy during the afternoon. I remember packing about 12 people into my Nissan to head to the bar at like 4:30pm. And I still remember McClure’s beer being poured over my head when it came to that weird end (after he choked me to stop my chanting of “WE WANT THE CUP!” at the second intermission). I also remember taking about three naps the next day

Sure, that night launched a thing or two we could have done without over the years. But it launched infinitely more things that we will hold onto forever. Six years. God, so much can happen in what is really not that long of a timeline.