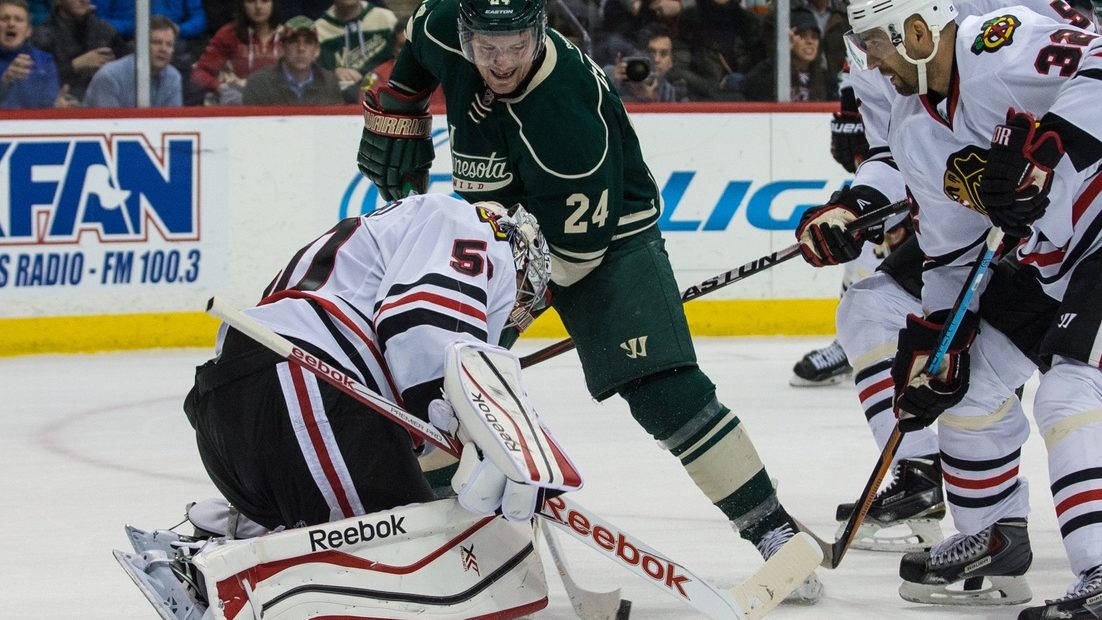 On Tuesday night the Hawks put 54 shots on goal and not only lost, but were shut out. Tonight they were outshot 44-20 and won 4-2. Hockey is weird. It’s especially weird in the middle part of what often feels like an interminably long 82 game season.

As was intimated in the preview, given the circumstances surrounding the Wild over the past couple of days with their coach hilariously chewing their asses out and J.P. Parise passing away, there was a fairly good chance the Wild were going to come out with their asses ablaze. It just appears they were off by about 20 minutes. Fortunately by that point the Hawks already had a two goal lead thanks to Patrick Sharp clowning Christian Folin and Nicklas Backstrom by walking right around both, and Patrick Kane converting at the tail end of a 5-minute major penalty given to Thomas Vanek for boarding Marcus Kruger.

The Wild got within one in the early going of the second when Jason Zucker was left alone in the slot for Jason Pominville to find from behind the goal line. And then the barrage came. Much of that was abetted by a steady stream of dumb penalties from the Hawks, but there was no shortage of even strength chances for Corey Crawford to turn away.

Bryan Bickell would convert the Hawks first shot of the third period with a lazer of a slapper left for him by Patrick Kane in transition, which would prove to be a huge goal with the Wild getting a late 5-on-3 that Pominville would convert basically immediately. But Bickell would find the empty net in the dying seconds, and the Hawks close out the first half of the season with 56 points.