Kids Of The Black Hole – The Anaheim Ducks' Forwards 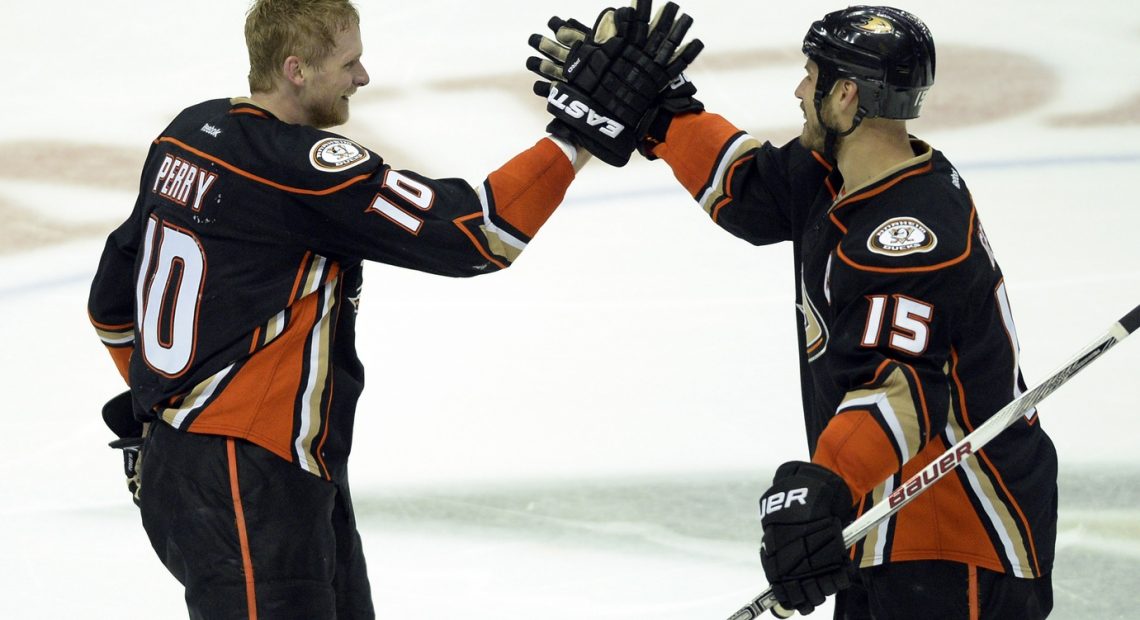 In the post Niedermayer and Pronger Era of the Anaheim Ducks, the strength and success of the franchise has hinged on the depth of their forward corps. And make no mistake about it, this can be a large, nasty, unpleasant lot to play against that is not short on skill either.

It all starts here with this repugnant trio of dog vomit, if the dog had been snacking out of the cat’s litter box. Getzlaf and Perry have formed the most consistent scoring duo in the Western Conference over the past half decade, and do so through size and snarl. While Getzlaf is a gifted playmaker and Perry can pick his corners even from in tight, these two have made their millions by using their size to get to prime scoring areas of the ice. Patrick Maroon is another large and ill-tempered body that will be crashing creaseward on their wing, and all three have a propensity to run their mouths and participate in bullshit after the whistle. Perry is particularly loathsome.

To this point in the playoffs the totals they have accrued have been nothing short of dominant while facing the top defensive pairings the opposition can muster. Unfortunately for the Jets and Flames, that meant the likes of Tyler Myers, Tobias Enstrom, and TJ Brodie without the benefit of Mark Giordano. This is of course operates under the assumption that Bruce Boudreau line matches, which he does not do for the most part. Sure, he’ll get these three C.H.U.D.s out in the offensive zone as much as possible, but for the most part, he just rolls his lines without concern of a matchup and lets the chips fall where they may. A quick look at both the Duck’s Game 5 against the Flames and even their last game against the Hawks at the end of January show no discernible trends and fairly balanced ice times even with the option of doing so at home. In one case it worked out for the Ducks, the other, not so much.

This could be done for one of two reasons. The first is that the line is good enough to take on any assignment and probably make the opposition play more defense than it likes, which is probably right the vast majority of the time. The other, is that Bruce Boudreau is a blithering, Hagen-Dazs devouring, barbecue sauce wearing, Baby Huey looking idiot, which is evidenced by Getzlaf’s 46% share against the Hawks in three games this year, two of which were at home and Boudreau had the option. During the November Circus Trip, the Hawks held Getzlaf to being on the ice for a mere 6 shot attempts for. Who he saw the most time against that game? Marcus Kruger.

This line has a distinct size and snarl advantage over particularly the second line of the Hawks, the only one with a unidirectional center in Brad Richards. But the question is will Boudreau have enough sense to chase it when at home. Because when this group gets frustrated, they tend to need their diapers changed. Frequently. And if they aren’t focused, they aren’t scoring, because the team they’re looking across at isn’t the Jets or the Flames.

The old nemesis. This series should, in theory, be the exact reason ol’ Red Ass Uncle Bob Murray brought Ryan Kesler in over the summer, and in the unlikely even that the Ducks end up winning this series, it will surely result in a referendum on Stan Bowman’s choice of Vermette and Richards over Kesler. But any trade for Kesler would have undoubtedly cost the Hawks Teuvo, which simply wasn’t going to happen. So in a three for one deal with an eye still on the future, it’s not really an applicable argument any non-meatball would have. But they will take place this series undoubtedly.

Kesler is healthy in the postseason for the first time in ages, and his numbers reflect that. And again, playing against bum ass second and third lines and pairs in the first two series will certainly help it. But again, going back to the regular season, Kesler was on the ice for a mere 31 shot attempts for against the Hawks, surrendering 39 against, good for a clip of 44%. And two of those games were at home. Kesler’s degree of usefulness will come into sharper relief once the Ducks get on the road, and Joel Quenneville decides who he can skate against. If Marcus Kruger can hold his own as he has in the past against Getzlaf, Toews and Kesler might be staring each other down all series for a fourth time.

On his wings he has Jakob Silvferberg who came over in the Bobby Ryan trade, who is a swift skater and has a good shot, but is probably the least rough and tumble of the Ducks’ top six, and will flip back and forth with Kyle Palmeri from the third line. Matt Beleskey scored in all five games against the Flames, and is in a contract drive. He’s basically a combination of Bryan Bickell and Andrew Shaw, with more of the Shaw caliber brain. Again, the one matchup the Hawks do not want against this line is Kane and Richards given the size advantage, but most others should be able to keep this unit from running as wild as they did the first two rounds.

Further down the lineup, while the possession numbers remain consistent, the scoring numbers begin to tail off. Nate Thompson returned from an injury to play every game in the Calgary series and managed to be underwater in possession in three home games, which is rather impressive. Cogliano has moved back to wing with Thompson back in the lineup despite being a natural center. Cogliano has amazing wheels and hockey sense, and is a demon on the forecheck with his closing speed, just ask Johnny Gaudreau. But he’s undersized and can be slightly over aggressive in pursuit, which can leave a lot of room to exploit. Thompson is aces at the dot as well.

For the most part the fourth line has been Rickard Rakell and a melange of roster remnants that seem to turn over on a daily basis. Rakell has done his part driving possession, and likely has a future further up the lineup. Emerson Etem is Anaheim’s answer to Jeremy Morin. He looks impressive every time he’s in the lineup but never seems to stick. Whereas Tomas Flieschmann is their answer to Kris Versteeg. Tim Jackman is an utter turd and any game that Boudreau dresses him is a gift to the Hawks. 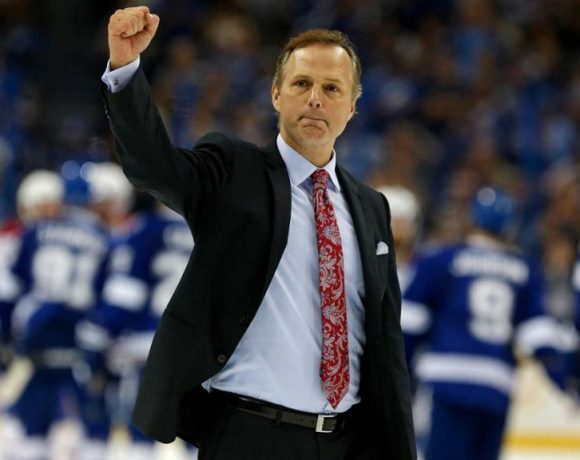