WHY DID I MOVE TO SOUTHERN CALIFORNIA?: The Royal Half, Surly and Scribe, Jewels From The Crown

After two weeks, four games, and maybe slightly more teeth-gnashing than there should have been, the Hawks return home to start the sprint to the finish of the season. It begins with the third home back-to-back of the year, kicking off with a visit from the champs, the Los Angeles Kings.

The Kings are starting off a five-game trip tonight, after a March schedule that saw them play 10 of 12 games at Staples Center. They went 7-3 in those games, but there were two ugly losses to the Dallas Stars (you may remember them from such episodes as “The Hawks Put Up A Snowman” or “Patrick Kane Goes To Town”), and on Saturday they were shut out by the Canucks 1-0 even though they held the Blue and Green Asshats to just 13 shots.

The Kings are a fascinating study, in that there are so many different numbers to suggest so many different things. First of all, they’re just about the best possession team in the league. All of their individual CORSI’s per 60 are above water, aside from Jordan Nolan. They outshoot their opponents by over four per game. They give up the second-least amount of shots per game in the league.

And yet, they kind of suck on the road, going only 5-8-1. They haven’t beaten a good team on the road either, unless you consider the Blues a good team. Go ahead and do that.

Part of it is that the goaltending hasn’t been all that great, and when I say that I mean Jonathan Quick has been borderline bad all year (Jonathan Bernier on the other hand, has been pretty good). Quick’s SV% is still under .900, though they’ve been encouraged by his last two starts, against Dallas and Vancouver. But he had a streak like this a couple weeks ago, and then gave up 12 in two and a half games. So who knows?

Another reason for the Kings home-road splits could be matchup problems. While the Kings top six is the stuff of children’s nightmares, their bottom six is very much not. Kyle Clifford hasn’t been able to match his start, Dwight King turned out to be exactly what Dwight King should be, Jordan Nolan can’t find north on a compass, and Colin Fraser….yeah. So when they get isolated on the road, you can have some fun.

However, it’s that top six and the defense that should scare you. This year, they’ve unearthed this Jake Muzzin thing, who is driving a lot of things for them from the back end. But then, he’s not going to maintain a 13% shooting-percentage as a d-man forever. Jeff Carter is among the leaders with 18 goals, but he won’t keep a 21% SH% either. Justin Williams has been a CORSI mutant, and he skates with eternal headache Dustin Brown. They’re centered by Anze Kopitar, who still scares me but Toews has pretty much eaten in the two games this year.

Joining Muzzin is Drew Doughty. Doughty swings wildly from ridiculously dominant to ridiculously silly, as at times it feels like he wants to play 1-on-5 at all times. The Hawks have been able to bait him into this regularly. Slava Voynov is sneaky good on the second pairing, but he’s had a dip recently that caused Darryl Sutter to belch something to the press that no one quite understood. Same as it ever was.

As for the Men of Four Feathers, Andrew Shaw missed the morning skate with a tummy ache but apparently will go tonight. Marian Hossa and Patrick Sharp won’t. That’s a shame, as Sharp has torched the Kings throughout his career.

To make up for it, Quenneville has come up with a pretty logical solution which is making this bagel taste funny after I wrote that. Michael Frolik will fill in at Hossa’s spot. I know we all have a lot of fun with Fro’s offensive game, but his work rate and skating should help keep Toews and Saad with possession and open up space, which Carcillo most certainly wasn’t. And Fro does still get to the right scoring areas, even if he can’t do much from there. Hopefully Q will stick with it.

The rest of the lineup looks like you left it, with Michal Rozsival mercifully coming in for Brookbank. The plan against the Kings hasn’t changed much. They’re going to play as straight-line as possible — putting pucks behind the Hawks defense and trying to turn the d-men into some sort of unidentified chemical smeared on the end boards. The Hawks have been pretty dominant against the Kings this year because they’ve been able to move the puck quickly and accurately out of their zone, with forwards aiding their d-men by being available for a short pass to the middle of the zone.

That’s key, because if the Hawks can attack the Kings defense with speed and start winning races, there’s gold in them thar hills. Without Mitchell and Greene, the Kings aren’t quite the atom-smashers on the back end that they were. Doughty, Muzzin, and Voynov can all skate (Scuderi most certainly can’t), but you can hassle them into turnovers and mistakes. That’s where the Hawks have got them this year.

Oh, and if Kane is really pissed about his game in Anaheim, you can look for the middle-finger game from him tonight that we all love so. Let’s do it. 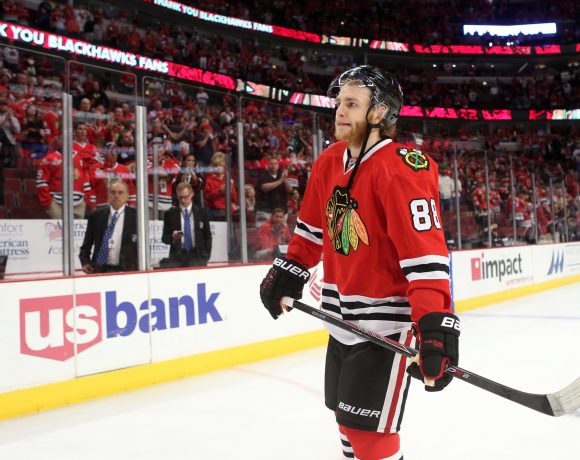 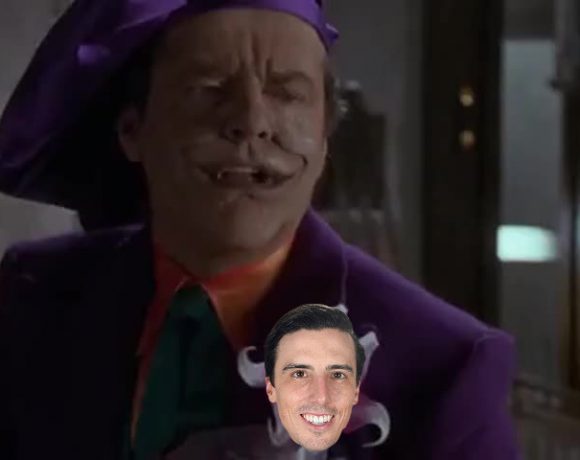