“I Have This Crazy GM Who Thinks The Hawks Are Playing Well Lately. Is He Crazy?” “No, Just Ignorant.” 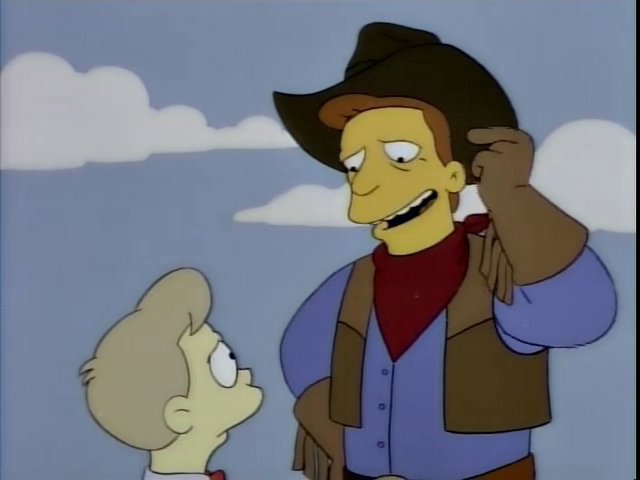 Had to wait a day on this one due to the Hawks playing last night, but you knew I was going to get to Stan Bowman’s latest oral trash-spillage to The Athletic’s Scott Powers yesterday. There’s some truly great stuff in here, and once again proves that either Stan is straight up lying to you, or doesn’t really know what he’s doing or watching any more, and either way is more than happy to toss his old coach under yet another bus even though at this point he’s flatter than week-old Sprite. Let’s jump right in, shall we?

Stan Bowman: Setting the standings aside, we dug ourselves a big hole that way, but the way we’re playing now is much more like a regular team. For a while there, we were sort of underwater where we’ve had some glaring issues and then we’d finally fix those and something else would (go wrong). Now we win and lose games, but we’re like a normal team, right?

First question, so real genuine, top-quality horseshit. At least he didn’t wait around! What in the living fuck does “regular team” mean? Clearly Stan is talking about the Hawks recent record, but as a very charming and handsome blogger recently pointed out, the team’s recent record is empty. The process is flawed. The Hawks recent record is due to Collin Delia playing out of this world, Cam Ward being shockingly competent, and the power play finding its feet for the first time since 1876. And hey, the last part is worth cherishing, and I guess you can go far with a power play and goalies playing well. That’s what the Capitals are. But that’s not what you’re aiming for, it’s not sustainable. Since the Hawks broke that second eight-game losing streak, how many games would you say they’ve clearly been the better team? Certainly Sunday in Pittsburgh. I’d say the Winter Classic too. Maybe last night for two periods but the Hawks were dong-whipped in the third last night by a clearly superior team. The second win in Colorado. Their win over the Predators. And the first win over the Penguins. That’s five of out of 13 games. Sure, you won more than that thanks to one guy mostly. That’s what you’re aiming for? You got killed by the Islanders! You’re giving up 40 shots a night! Your metrics blow! Didn’t you tell us one of the reasons you liked Jeremy Colliton is he would actually pay attention to those? Who cares, you don’t!

I was reading something about the Islanders — it was right around New Year’s Eve I read this story — and they said “now we’re finally getting what Barry (Trotz) wanted us to do.” A new coach came in, so it took them half a year. But they had training camp, so they had all of September, all of October. And then it’s almost like in November is when your schedule gets tougher. You don’t play a lot of games in October, so you have more practices. It was right when the schedule got tougher is when Jeremy came in. He had a few practices. It was a really tough start there. But I think now we’ve played a lot of games, so our second half we’re going to have a little bit more time to practice. The flip side of that is just guys are more wound down, so you probably don’t want to practice as much as you do.

Then maybe you should have fired the coach before the season like you wanted to anyway, y’know, if you had a pair of balls.

But so I think we’ve stabilized our situation to where now I think you can see we’re starting to play more like he wants us to play. Like I said, we don’t win every game, but we’re playing better in all these games. I think the process took a while to play out, but it was sort of understandable given our little time to practice.

Giving up 40 shots a night is where you want to be? I mean I appreciate the flair for dramatic but…

I talked about this the last time we met. You have to try to put players in places you think that your coaches really like or they have attributes that are important to your coach. Similar like, (Carl) Dahlstrom’s played really well, but he played great last year for Jeremy. Yeah once he’s got up here, he played a lot better. He was here last year and he was OK, right? But I think he’s playing much better now. You can say, well, it’s because he’s more mature and he’s used to it or you can say that the style we’re playing now is more conducive to his game.

We’re running out of buses to throw Q under. And while Q’s player evaluation could be weird for sure, I doubt he ever would have thought Brandon Manning or Jan Rutta were anything other than “the suck.” And this also raises the question of why the Hawks farm team is playing a different system than the NHL team and why you’d intentionally confuse any kid who came through both. The only one to be good right off the bat so far have been Top Cat and Jokiharju, who wouldn’t you know it never spent any time in Rockford.

I’m sort of the same way trying to evaluate we’re not where we want to be in terms we’re not at the top of the standings like we had been in previous years. You have to determine which of the players on this year’s team right now can realistically be contributors next year and in the coming years.

I think there’s no question we’re on the rise. We’re a team that’s going to be better a year from now than we are now and two years from now. We should be trending upwards. A lot of our best players are our young players with the exception of a couple guys. We’re not a veteran-laden team like some teams are.

The goal for the remainder of the year is to watch the team and evaluate areas where you’re deficient and then figure out, can some of these guys fill that as we go ahead or we do have to bring new players in? Do we have players coming that can (step in)? Sort of you have to make an assessment of where you’re at and then find out how you can bridge that gap. Really over the next whatever 35 games or whatever we have left, you have to watch our young players and see what role they can play for us next year realistically. Then how does that plot out on a roster and then for the areas that we don’t have that we will need, how do we fill those holes?

That’s not what you said before the season, except any goofus with at least one eye would have seen this roster wasn’t good enough. Are we supposed to trust you on the gear change after you told us this roster was good enough?

To answer your question, I do think we can turn it around quickly. Our goal is not to be in this position a year from now. We’re not trying to not win games. I think even if we brought the exact same roster back next year, which we’re not going to do, but if we did, we would be better because we would not have to go through the adjustment period. We’re playing now like a team that if we played this way from the beginning we’d be in the mix, right? Still not the team we want. We want to be a team at the top. We certainly need to add a couple players to the group we have here. Whether that’s through trade or draft or free agent, there’s no reason to think we can’t look at our team next October and be, like, really excited about where we’re headed next year as well as the year or two after that.

Didn’t you say this last year? And again, you’re not playing that well! You’re getting lucky! A goalie you never planned on being part of this team is playing incredibly well. And we don’t even know if that’s real yet. You don’t have anything here yet. Are you paying any attention at all or are you too busy booking Bobby Hull for another appearance?

Stan goes on to talk about Crawford and the World Juniors, and the one thing I’ll say about Powers and the rest is that when Stan goes off about Beaudin, Boqvist, and Mitchell there’s never any question about how the Hawks are going to crowbar those three onto the roster, even two years down the line, when we know Jokiharju, Keith, Seabrook, and Murphy are going to be here and Dahlstrom and Gustafsson are at least pretending to play themselves into long-term roles. That’s what I’d like to know.

I understand Stan can’t really come out and say, “Yeah the wins are nice but they’re total luck and really we still suck because we have less regulation wins than anyone (they do). And I don’t know how we get out of this because Keith and Seabrook have turned to dust and I can’t get rid of them.” He’s got to sell this somehow.

The fear is he actually believes this shit. Which means the Hawks are pretty much doomed from here on out.