I Hate Everything About You: Blackhawks 6, Avalanche 3 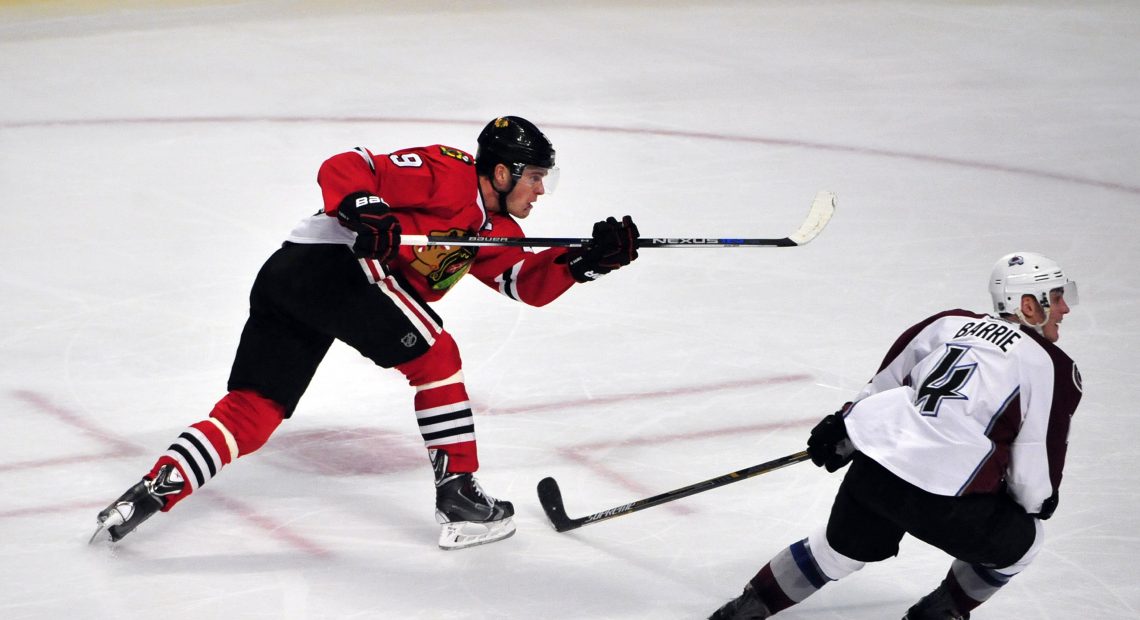 It’s been a couple years since the Hawks chased Semyon Varlamov from a game at the United Center. The last time it was because the Avalanche didn’t arrive in Chicago until a few hours before the game. The Hawks put up a giant crooked number and Valarmov didn’t make it out of the first period.

This time, he made it half way through the second.

The MANSHITTER scratched first and then proceeded to nearly strip naked in his celebration. Kane followed on an Anisimov screen. Early in the second period, Marian Hossa was a recipient of a surprising dish from Niklas Hjalmarsson.

Then Matt Duchene scored twice within 5 minutes to cut the lead to one. Kane’s power play goal shortly after was the final straw. Though it was curious that Patrick Roy waited until that moment to finally yank Varlamov. At that point, the Hawks had control but the Avs were still battling. The only goal that was really on Varlamov was maybe the fourth one. The others were either defensive breakdowns or shots he didn’t have a good look at.

Anywho, the Hawks quickly poured it on Captian Jean-Luc Calvin Pickard shortly after with goals from Jonathan Toews and Hossa and the game was effectively over before the horn went off at the end of the second period.

–Here’s the type of backwards logic rolling through the concussed mind of Patrick Roy. He pulled his goalie with ten minutes left in the third period and save for one small stretch, kept the net empty for the remainder of the game. Colorado scored with five minutes left to cut the deficit to three. The Avalanche net remained empty the rest of the way.

Until with a minute and a half left, Joel Quenneville put Marian Hossa and Patrick Kane on the ice for a defensive zone face-off with both players chasing a hat trick. So instead of continuing to play with an empty net, have an extra man advantage and possibly score again, Roy chose to put his goalie back in and deny Hossa or Kane a hat trick.

So the Avalanche lose the battle but in Roy’s mind, somehow save face by making sure an arbitrary number of goals weren’t scored by an opposition’s player. Meanwhile, you basically punt on your team’s (albeit very slim) chances for the remainder of the game. Brilliant.

Someday, we will at the collection of talent this Avalanche has assembled and wonder how even a brain-dead psychotic goalie couldn’t muster more than 92 points with them on an annual basis. Then when we recognize that no other team will be insane enough to give Roy a second chance, it won’t be so confusing.

–I said Hjalmarsson’s dish was surprising because we rarely see that side of his game even though we all know it exists. Hjalmarsson gets labeled as a defensive defenseman but there is a lot of offensive ability he keeps hidden under wraps. A pass like that can only be made by a player with some semblance of offensive talent. For example, Rob Scuderi, who was also a defensive defensemen in his day, was never making plays in the offensive zone like Hjalmarsson has in the last couple games.

It’s too bad we don’t get to see it more often because it’s really a lot of fun when we do.

–With everything coming up Blackhawks lately, it’s very easy to fall in love with the lineup. Andrew Shaw looked like a legitimate 50 point player tonight. He set up Toews goal with excellent vision and timing on his pass. There were a couple other opportunities he created that almost led to scoring plays as well. Alas, the puck either didn’t get to the intended target because of HOCKEY things or some other weird reason.

Even the MANSHITTER is scoring. So unless anything drastic happens over the next week, it’s hard to envision Quenneville will make any radical lineup changes. And if he does and things don’t go as planned after one period, you bet your ascot it’s all going back to the way things were.

Basically, what this means is that Richard Panik’s Blackhawks career almost never had a chance. #ThanksObama and #ThanksKillion.

–As mentioned during the broadcast, the Hawks have an opportunity to be in sole possession of first place in the Central by week’s end which would be hysterical. After all the huffing and puffing by Dallas this season, a half-interested Hawks team is still breathing down their neck with a chance to pass them in the standings before February.

Of course, none of this will stop Sam from hyperventilating about how scary the Stars are.