Despite what the Blues and their fans might say, I have to imagine there’s at least a small feeling of deja vu (all over again) creeping up from places they don’t talk about at parties today. St. Louis was in this exact position last year, up 2-0 on the defending champs before closely losing both on the road. The Kings went on to take Game 5 in OT when Brian Elliot let in Slava Voynov’s apologetic shot after Barret Jackman got caught on a dumb pinch (sound familiar?). I’m praying the Hawks won’t need OT tonight, but obviously in this series we can’t rule it out by a damn sight.

The two losses have apparently caused Ken Hitchcock to put down his party hoagie and shuffle his lines. At the morning skate Jaden Schwartz had been bumped up with Timothy Leif and Derek Roy centering, while Vlad The Impaler has the pleasure of Sobotka and Alex Steen. I’m not exactly sure what to make of this. Steen has been the most effective forward outside of the two kids, but that’s some awfully shallow water there. Perhaps Steen can duplicate the magic with Tarasenko, and the Russian probably doesn’t need any help these days. What Schwartz will get out of Derek Roy and whatever’s left of Timothy Leif is anyone’s guess. David Backes didn’t skate, and I think we can all just write him off for this series. Now that I’ve said that…

The strategy is clear. The Blues and Hawks have really only had one line going all series, and the first one to get a second or even a third one in gear wins. This is an attempt to spread the two most dangerous forwards in that bid. But I wonder if it doesn’t make it slightly easier on the Hawks. I feel better about having Oduya and Hjalmarsson, even in their up and down state, dealing with only one of Tarasenko and Schwartz at a time instead of both. Steen can’t create his own shot like the other two. Same with Brookbank and Keith. But we’ll see, if Tarasenko becomes more a playmaker for Steen then it could work. Ditto for Schwartz and Timothy Leif.

For the Hawks, they don’t need lineup changes so much as a little luck to get a second line contributing. I can’t find a stretch this year, and probably the last five, where Sharp and Hossa have had 39 shots combined in four games and haven’t scored. While Sharp won’t remember Game 4, or this series really, all that fondly for his performances, I can’t help but feel the dam is going to break here. If Sharp or Hossa gets on the scoresheet and Toews continues his line’s dominant work, the Hawks look a pretty good bet. If both Sharp and Hossa do, then it’s ya-ha time. Which is why according to the morning skate, there aren’t any lineup changes. But look for Q to have a quicker trigger finger on swapping Hossa and Kane if things aren’t working, and Ben Smith to get even more shifts on that second line. Look for me to shit blood if and when Handzus, Bollig, and Versteeg are asked to skate together.

The key for the Hawks hasn’t changed. What they need to do is replicate Wednesday’s first 38 minutes (and last 15 if you want) over all 60 tonight. You know the script by now, puck support, build with short and quick passes, hit the line with five, etc. When they’ve done that this series the Blues haven’t had much of an answer.

Add to that, STAY OUT OF THE FUCKING BOX. Giving away 5 power plays in the game’s first two periods on Wednesday was only slightly less stupid than giving away 9 in Game 2. While the St. Louis power play isn’t exactly ice cream cake, give them enough looks and they’ll headbutt there way into paydirt much like Homer Simpson’s sperm. So stop. It also blunts whatever momentum the Hawks have at evens.

FINISH A FUCKING PERIOD. It’s obviously in the Hawks’ heads  now, because they had things firmly in control in Game 4 before a delay of game penalty and then it all went to pot. Q doesn’t stress anything more than the last minute of frames, and the Hawks need to close them all out tonight.

The other thing to watch is this is the only game on the road without Brent Seabrook, meaning the Blues will get to mostly choose who Brookbank sees. He’s been steady so far, but this will be a sterner test. Perhaps that’s also the thinking in splitting Schwartz and Tarasenko.

You’d have to imagine that the Blues will come out with a big surge right from the get-go in front of their baying collection of rock people and mud creatures, if for nothing else to settle the nerves from it all happening again to them. If the Hawks can survive that, get an early lead and hold it for a while, it’ll be a real test of St. Louis’s nerve and stability. And this is a test they pretty much fail every time.

Here are some fun numbers for you: Including this series, the Blues and Hawks have played 14 times. The Blues have won in three period just twice, once was last year’s regular season finale with the Icehogs and the other was the first meeting this year when Nacho Seabre went on a last-second walkabout. The Hawks have won six in regulation in that time. Pile in OT victories (genuine, not shootout) and the numbers are 7-4.

The Hawks have never lost a Game 5 when a series is tied 2-2 under Quenneville. There have been five, Calgary ’09, Vancouver ’09, Nashville ’10, Philly ’10, Boston ’13. Only Vancouver was on the road, but the experience is there.

I’ve said this the past two games, so maybe after four games the gears I think the Hawks can still move through just aren’t there or the Hawks can’t get to them. But I still think they have more room to grown and improve than St. Louis does (most of it just involves Sharp and Hossa scoring). If they start to do that tonight, I’m actually strangely confident we’ll be playing the Marseilliese for St. Louis on Sunday afternoon. 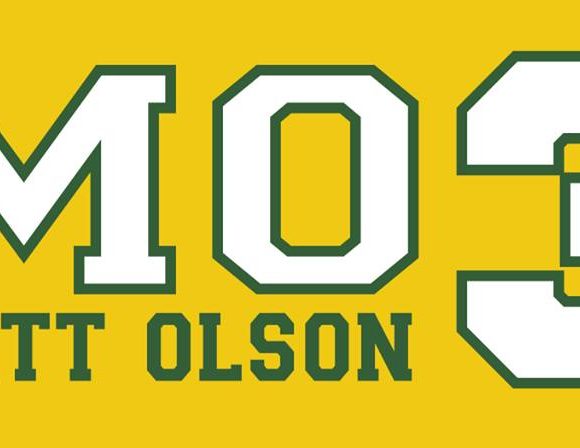