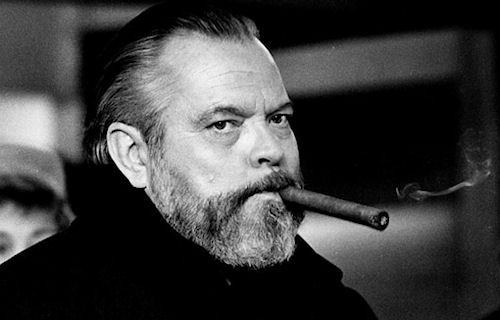 Welles started his career by acting in such prestigious projects on stage as Macbeth and The Cradle Will Rock, as well as vocal acting for radio. Welles famously caused mass panic with his reading of H.G. Wells’ War of the Worlds, with the general public actually believing an alien invasion was at hand, such was the gravitas of his performance.

His film debut, in both acting and directing, came in the form of Citizen Kane, still widely regarded today as one of the finest pieces of film making the medium has seen even today nearly 75 years after its release. And though Welles famously wore a mustache in the film’s titular role, as time progressed and the roles and accolades dried up, he consistently wore a fantastically bushy salt and pepper beard, which only gave his already large and sturdy frame more visual heft.

By the end of his career, Welles became somewhat of a punchline, doing ridiculous ads for the sake of paying off bills and perhaps sampling too much of the product he was hucking. The very last film Welles’ ever worked on was vocal work for the 1986 animated Transformers movie, fittingly as Unicron, a planet that devours other planets. And while that may be an unimpeachable classic of a movie and the only Transformers film that should be truly recognized as canon, it’s an ignominious end of a career that started out so brilliantly. And the Hawks could take Welles’ story to heart when attempting to finish out a game, let alone a damn period.