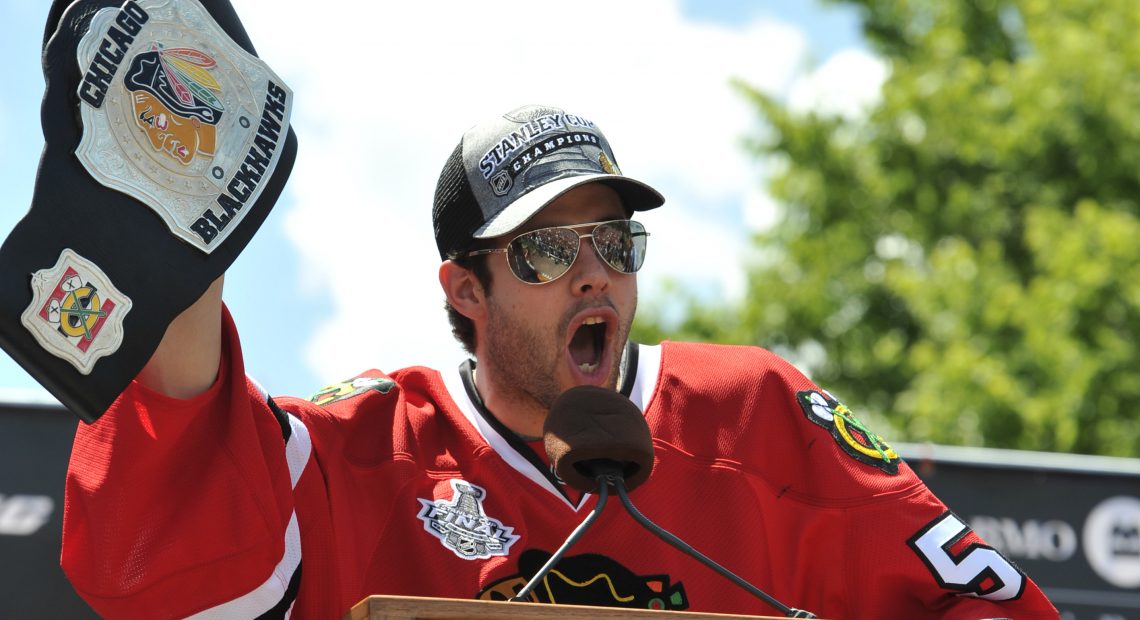 When you’re looking for late-breaking news on what players are close to (or perhaps in the process of) signing a new deal during the off-season. There’s really only one twitter account you need to follow. Philip Pritchard of course.

The famed “Keeper of the Cup” and perhaps a distant relative of Chris Pronger, seems to have scooped everyone in the hockey journalism world by tweeting out a picture of Crow signing the details of new contract while having his day with the Cup. It appears the picture has since been deleted though, so if you were able to save it, please send it our way.

Details after the jump

Even during a shortened season like last year, the Blackhawks weren’t able to avoid their annual goalie emergency. There were calls for Emery to get the #1 spot at several points during the regular season and then most famously, during Game 4 when the Bruins lit him up for 5 goals and exploited his weak glove hand. The Hawks still won that game by the way and Crawford would go on to be a candidate for the Conn Smythe… just in case you forgot.

So the fact that the Blackhawks signed Crawford to a bigger than expected deal shows they obviously have a lot of faith in the Mouseketeer. The deal is reported as a 6 year, $36 Million extension, coming in at a $6M/Year cap hit. Which at first glance is a bit… icky. Higher and longer than expected perhaps. I’ve never been one to really doubt Crawford’s game and thought he took far too much of the blame but with some other massive deals coming down the pike in the next few years. I was hoping for something a little friendlier.

The deal would put Crawford in the top 10 highest paid goalies in the league in terms of cap hit and overall salary. The biggest questions are simply going to be how this deal works in with the larger picture of keeping players like Toews and Kane. The cap may go up in the upcoming years but there’s no guarantee on that and there’s only so much money to work with. With some major money still due to other players, Bowman is going to have a lot of number crunching to do. Throwing out a deal this big to a goalie who is not exactly part of your inner core isn’t going to make things easier down the line.

Sure makes you wonder what level of confidence they have in Antti Raanta too, doesn’t it?