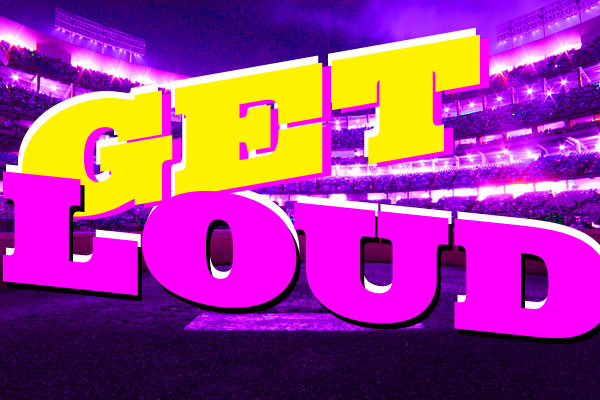 Any fan who started being so in 2009 or ’10 or fuck last spring have just as much right to be there as I do. You have the money, and the passion, then you should be in the United Center cheering on the Hawks. There isn’t some sort of test you have to pass to get in, nor should there be. And if you’ve been around for any length of time around these parts, we’re supposed to be the type of fans (and writers) that helps those fans along that want to know and learn more about being a fan and the Hawks. The type who only have to be told once to wait for a whistle and don’t turn around and flip you off when told. Fans who are still getting used to the culture, but are happy to do so within reason.

I’ve never bought into the lament that “real fans are being priced out.” One, as a business the Hawks can and should charge whatever anyone’s willing to pay. I know that owning my own business. If I thought I could get away with charging $8  for the CI outside the arena, I would. Second, I’ve never really thought level of fandom was tied into one’s economic state. Maybe someone’s done that study, but I haven’t seen it.

So I worded it wrong, and will own up to that.

However, that doesn’t mean there’s something about the scoreboard demanding I get loud at some random point in the game. Certainly, Sunday’s game against the Senators was a time to be really offended about it, because there was nothing during that game that should have caused anyone to make a noise louder than passing gas. It’s on those occasions that the graphic looks truly out of place.

It’s hard for me to describe perfectly what grates on me about it. One, I am not anti-NBA like some hockey fans. But I am anti-NBA game presentation. If you’ve been to an NBA game in the past 15 years or so, you know it’s a constant stream of noise and distraction, even during the action. At least hockey games haven’t devolved into that, aside from Colorado’s Super Mario Bros. power-up sound when an Avs penalty expires, and that’s just awesome. I would hate for hockey to become that, where the game is something of a sideshow to all that goes on around it.

But maybe we’re already there. The loudest ovations of the night, at least in the handful of games I’ve been to this year, are for Kiss Cam or Oblivious Cam or the T-shirt toss. I know that wasn’t the case three or four years ago.

It’s more than that, and it shouldn’t be because I’ve spent more than enough time writing about it and I should know better. Though this is an Original Six city, the Old Man spent a decade or two simply horse-dicking the Original Six aspect out of it. There weren’t generations of fans built on to each other passing the game and traditions on to each other, because most of us gave up (and I did for a time as well). It’s still a neophyte fanbase, and all our bitching about some fans or the broadcast or analysis in other places still stems from that.

But man… this is still Chicago. This is still where the Old Stadium stood and visiting players openly talked about just how terrifying it was to play there. I remember that, I’m not a million years old (sidenote: I’m probably a million years old). It wasn’t all that long ago that during playoff games ovations roared right through TV timeouts, and we didn’t need anyone to tell us to do that like in Nashville. The loudest I remember the UC was honestly Game 5 of 7 against Detroit, and that was only three seasons ago. It was only a couple years ago that they flashed that graphic and most of the 300 Level booed it. We don’t need to be told when to make noise, right?

This is probably just a GET OFF MY LAWN lament from another fan, I understand that. Maybe the real crazy fans aren’t around as much to actually make the noise at the proper times that the newer fan can catch on to. Maybe it’s not that complicated, and they just flash that because kids like it and those are the ones they have to get on the comeback. They already have my money after all. Maybe with the Hawks now being the place to be seen we have lost that atmosphere. I hope that’s not the case, but I fear that it might be.