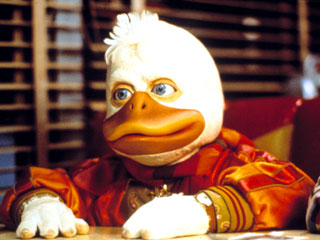 MICKEY PASSED OUT ON THEIR LAWN: Anaheim Calling

If you just spent the weekend getting completely pummeled by good teams, and the Hawks pretty much did, then there’s no better cure than getting to face a team that everyone has been feeding their own scrotum to, which is exactly what the Anaheim Ducks have been.

Don’t let that record fool you. That’s completely a result of both Anaheim goalies, John Gibson and Ryan “I Destroy Angels” Miller each having a SV% over .938. The Ducks are averaging, just averaging mind you, getting outshot each game by 13. They have the worst team-Corsi and team-xGF% by a good distance. They have been getting killed every night, and only the men in the masks performing six separate miracles has gotten them the 11 points they have. They’re going to sink in the Pacific quicker than a drunk yuppie into the Chicago River on St. Patty’s day. At least they will if this keeps up.

The one card the Ducks might pull to try and explain this away is they’re missing like half their forward-lineup. Jakob Silfverberg will miss out tonight with a hand (resist the urge to clap). Corey Perry, or really the wreckage that once was this world-class ass-boil, is out for five months and his career is pretty much over. Nick Ritchie only just signed a new contract and should be back any game but not tonight. Ondrej Kase has the brown brain. Patrick Eaves has his normal catastrophic injury that somehow keeps inflating his reputation.

All of this has forced the Ducks to turn to a bunch of kids and freight-train residents to fill out the lineup, and it’s not like Randy Carlyle has ever been a master of maximizing what he has. A couple of these kids do have promise, like Sam Steel, Maxime Cotois, and Kiefer Sherwood (which simply can’t be his real name). But the rest of this is filled out with dreck, and that goes with the fuck that Ryan Getzlaf hasn’t been able find to give for three seasons, and Ryan Kesler‘s hips audibly turning into paste. Needless to say, there are problems up front.

That still shouldn’t completely excuse the woeful performances, because this defense should be good. HAMPUS! HAMPUS!, Cam Fowler, Josh Manson, and Brandon Montour is a really good top four. Or it should be. Under Take A Long Look At Randy, they’ve been an utter mess. Carlyle can’t decide if he wants to stick with his good, hard, Canadian, dilapidated, grindy system or move to an up-tempo one that would better fit this blue line and the younger forwards. Instead you get this curdled goo in the middle because Getzlaf and Kesler can’t do anything. They should get up and go with what they have. Instead they lurch and shit.

As for the Hawks, you guessed it fucko, another line reshuffle. Brandon Saad‘s dominant Sunday sees him back with Kane, waiting patiently for Artem Anisimov to catch up. Nick Schmaltz slots down, still on the wing, with David Kampf and Alex Fortin. At least that line will be fast? Maybe? Whatever.

One of Arby’s will pair with Jan Rutta. No one here cares anymore which is which. Corey Crawford will get the start, and he must really be jonesin’ to get back in behind this defense that is still picking grass stems out of their teeth from Sunday.

But that’s ok, the Ducks are worse! Like, way worse! The Hawks just need to play as they did earlier in the season, and they should overwhelm an Anaheim team that hasn’t been able to find the gear shift all season. While the Ducks might have some speed thanks to having to play so many kids, it’s not usually in a useful direction. And Getzlaf has always been regurgitated by Jonathan Toews, and Kesler is like an old dog barking at passing cars while he waddles somewhat in their direction. The Hawks should be able to get up and down on this outfit.

That doesn’t mean they won’t get goalie’d by Gibson, who has been doing it all season. But that happens sometimes. Put him under severe pressure, and the Ducks can’t generate much on Crawford, and he should be able to match whatever Gibson is going to have to jump through several flaming hoops to produce.

This is a good week to get healthy. All of the Ducks, Rangers, Blues, and Oilers suck deep pond scum. Rack up all the points you can before the schedule turns up.

All right, let’s sit back and wait for Eddie O to go on another analytics rant.

Tags: Anaheim Ducks Chicago Blackhawks this is not very pretty