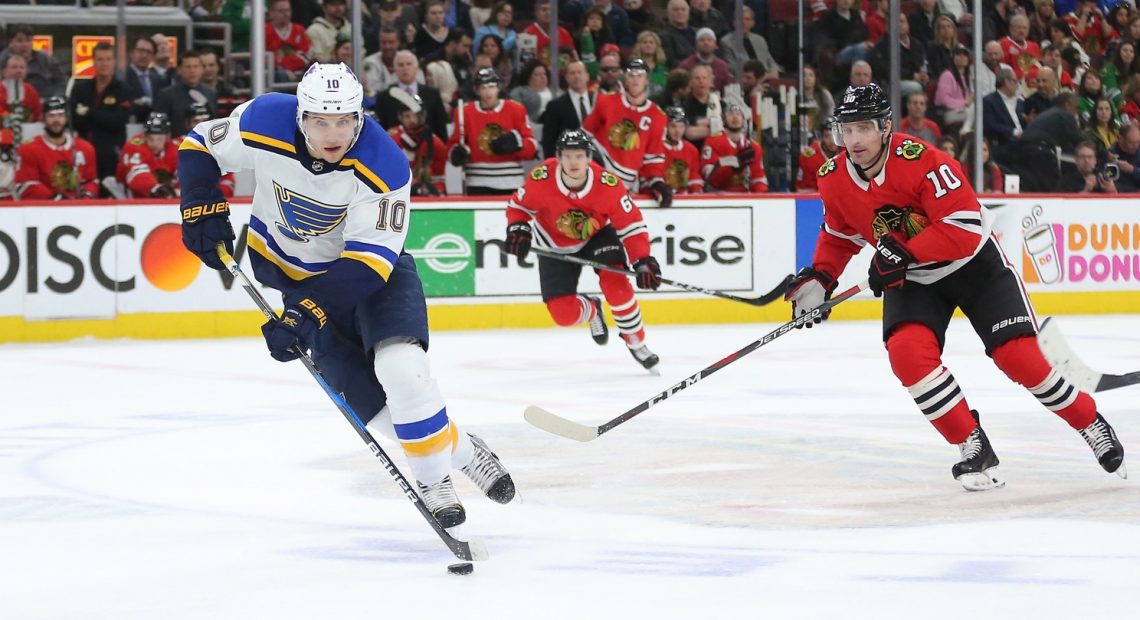 It’s getting kind of hard to figure out what to talk about with these games. Maybe it’s because the team has nothing but pride to play for (and even that is questionable) and there is nothing on the line as a fan, but hot damn if these games haven’t all become major snooze-fests. Even with Alex DeBrincat recording a Hat Trick tonight, I was extremely bored by this game. What does that tell you? Let’s just get through this:

– If you’re the silver-lining kind, it’s not hard to find that for this season’s Blackhawks. Alex DeBrincat is a bona fide star, folks. He recorded his third hat trick of the season tonight and was nothing short of extremely dominant in doing so. He posted a 52.35 shot share on the evening and blasted Jay Gallon to Naperville with his third goal. His development, along with that of Schmaltz, has been one of the biggest bright spots for this team this year, and give good reason to be optimistic about the forward group going into the future. Getting the blue line right would go very far for this team.

– Vinnie Smalls continues to impress. On the Hawks third goal, he completely pantsed Colton Parayko twice in the corner before feeding David Kampf in front of the net who put it in with less than 2 seconds left in the middle frame. Go find the clip cuz it was very good.

– As the trend of bad luck for Toews continues, I begin to feel more and more helpless for him. He had a few really good looks tonight that he just could not cash in on, including one in OT which saw him beat Allen just to hit the cross bar. He really hasn’t had a bad season, the puck luck just hasn’t been there, and it’s frustrating. Hopefully next season he experiences a rebound like Anze Kopitar is having this year.

– As the theme has been all year, goaltending failed the Hawks this evening. I wouldn’t say any of the four regulation goals for St. Louis were directly Berube’s fault, but the OT winner was just embarrassing. The shot was in his damn bread basket and he let it squeeze through him and go in. Just pitiful really.

– I don’t really know what else to say about this one. If you missed it, count your blessings. We only have to do this nine more times.