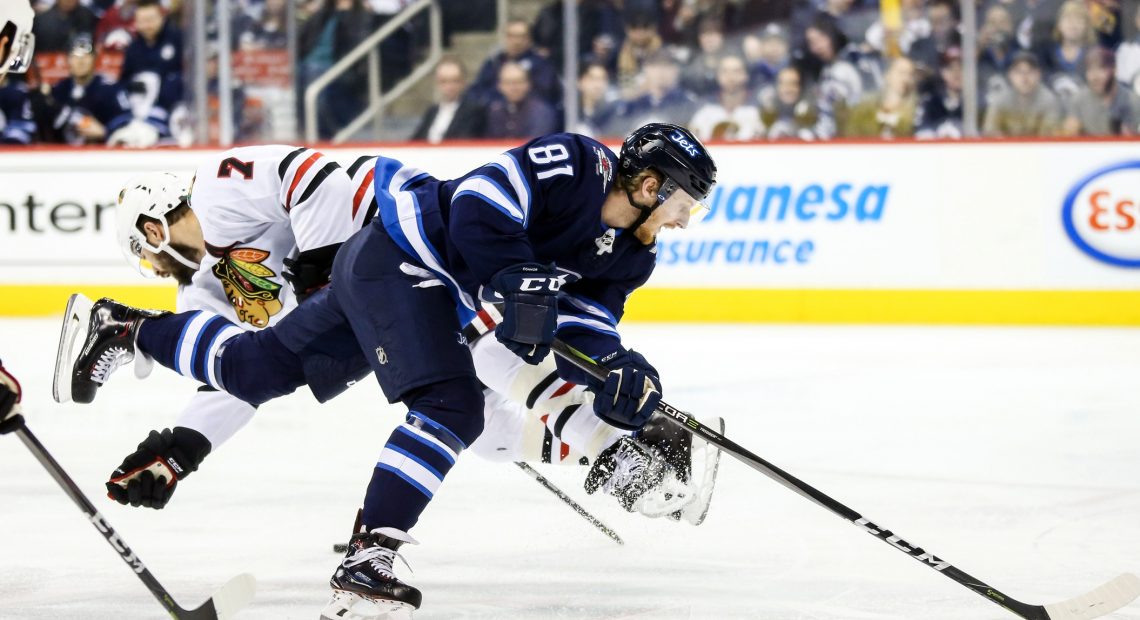 Let’s just be honest—the steaming pile of dog shit that was the first period tonight ended things just as they were getting started. Sure, they managed another goal but that did nothing other than temporarily hide how embarrassing the score actually was. To the bullets:

–So the aforementioned pile of dogshit…really the first was a comedy of errors. The first and third goals were squarely on Forsberg, who got pulled after giving up three goals on six shots, before they even reached the halfway point of the period. The second goal was a direct result of Kampf and Gustafsson just dithering over who would take the puck in the corner, and Armia stepped in and helped himself to it. Moments later, Wide Dick Arty got completely out-muscled at the blue line, which led to Roslovic’s goal (OK, so maybe that one wasn’t ALL Forsberg’s fault). Then with Berube in, a shitty change led to Little’s goal, and on and on it went.

–The saddest part is this all happened after Saad caught a break and they let his goal barely 10 seconds into the game stand, when it could have been called back for being offside. IMHO, in the parlance of our times, it deserved to be a good goal because there wasn’t indisputable evidence to overturn in (and you know we’ve dealt with this shit before), but I was truly surprised the dumbass war room didn’t overturn it in their infinite lack of wisdom. The fact that they couldn’t muster a camera angle that showed the entire blue line and thus had to give us the shruggy emoji as their explanation of the call is really a perfect metaphor for the league as a whole right now. But that excitement and stroke of luck was authoritatively crushed by the Hawks’ incompetence within minutes.

–That’s not to say that Winnipeg played badly; they didn’t. They led in possession all night, which kinda makes sense when you’re scoring a shitload but they kept it up in the second as well, ending that period with a 52 CF%. In the third both teams were even with 50, but again, by then the outcome was a foregone conclusion. And jeebus is Patrik Laine a beast. He only made the score sheet once with an assist, but he was rolling right past guys like they were standing still (well, in a lot of cases they pretty much were, but you know what I mean). He ended the night with four shots and a 66.7 CF%, and if you went by the eye test alone, he played even better than those numbers.

–Speaking of numbers, the top line actually tried to play, and they managed to be above water in possession and get six shots. Saad had flashes of what we’d been hoping to see this season, but Toews missed the net a bunch as usual and Kane’s give-a-shit meter was down around a 2.5. They were not the truly embarrassing part of the game, even though they weren’t that great.

–The defense was pretty embarrassing, as you might expect in a game where they give up a half dozen goals. Murphy and Keith were caught in that shitty change, Gustafsson’s turnover led to the third goal, and Oesterle and Rutta were mostly invisible. But those re-signings, THAT’S what they needed to do to improve the blue line.

–OK, one bright spot: Despite being thrown in unexpectedly and seemingly struggling at first, Berube looked mostly solid. Yes, he gave up two goals, but let’s pretend he started the game and had given up a total of two…that would be a decent performance for a back-up. By the second he had settled in, and he made some impressive stops in both the second and third periods. Unfortunately by then it was too late, but he handled 30 of the 32 shots he faced and finished with a .938 SV%. Although neither he nor Forsberg has really seized this opportunity to become a top-tier goaltender, he’s definitely made the stronger case for himself as a serviceable backup.

In a way I wished they had given up one more goal just so I could have posted the monkey-peeing-in-his-mouth video, because really that sums up the night quite vividly. Maybe next time. We only 10 more to go, guys!