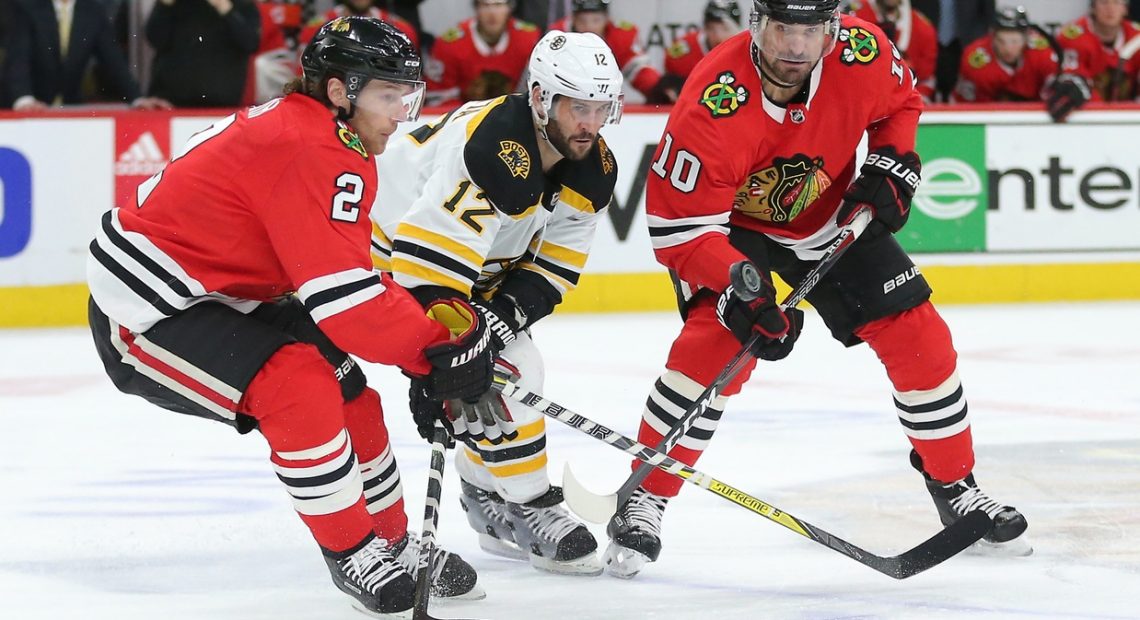 There is something deeply offensive about the NHL expecting us to watch a hockey game before noon on a damn Sunday. Granted, I’m in Indianapolis so the game started after noon for me, but you get my point. Even the NFL doesn’t ask us to do that except for when they put games in London, and they put uninteresting teams over there on purpose. Then for this game to be the total freakin’ snoozer that it was, I may need to get in touch with an attorney and ask these teams for compensation for my time. To the bullets:

– Brad Marchand sat this one out with what was called an upper body injury. Some people on twitter chalked that part up to the Bruins maybe sitting him after he hit Anthony Duclair with a damn Sling Blade yesterday to avoid any kind of retaliation from the Hawks. Now don’t get me wrong, I know that Brad Marchand is a little chicken shit, but I am here to defend him. I have it on good authority he actually suffered a serious injury to his pea brain this morning after having Daylight Saving Time explained to him.

– For the second straight game I have been responsible for wrapping, the Blackhawks scored two power play goals, and both times came after I tweeted something deriding the PP. Is the Fels Motherfuck contagious?

– Anton Forsberg looked good in this one again, and he’s certainly starting to look more comfortable between the pipes as the year goes on. I’m not yet convinced he’s the ideal backup goaltender for this team next year, but given his contract it wouldn’t be a bad move to keep him around if you can’t find something better.

– Erik Gustafsson has been pretty good since he got his new contract extension, which we around here credit to the Fels Motherfuck. But he got a shitton of power play time today, and while he looked fine in it, I struggled to figure out what he’s shown to earn that time that Gustav Forsling did not when he was here. I’m gonna remain a Forsling apologist until he gets his fair shake at the NHL level, and that has yet to happen. I don’t think the Hawks can call him up anymore without it being an “emergency” call-up, so its not happening this year. But you’re gonna end up next year having a young offensive defenseman with little NHL experience still trying to find his offensive game at the NHL. Good asset management there.

– Jonathan Toews is starting to have better luck, with three points tonight, all of them assists. There’s not much more to gain on this season, but if Toews can end the year strong, that will be a good thing.