Game #68 – Hawks vs. Red Wings Spotlight: Die Like Dylan Larkin, A Seizure On The Barroom Floor 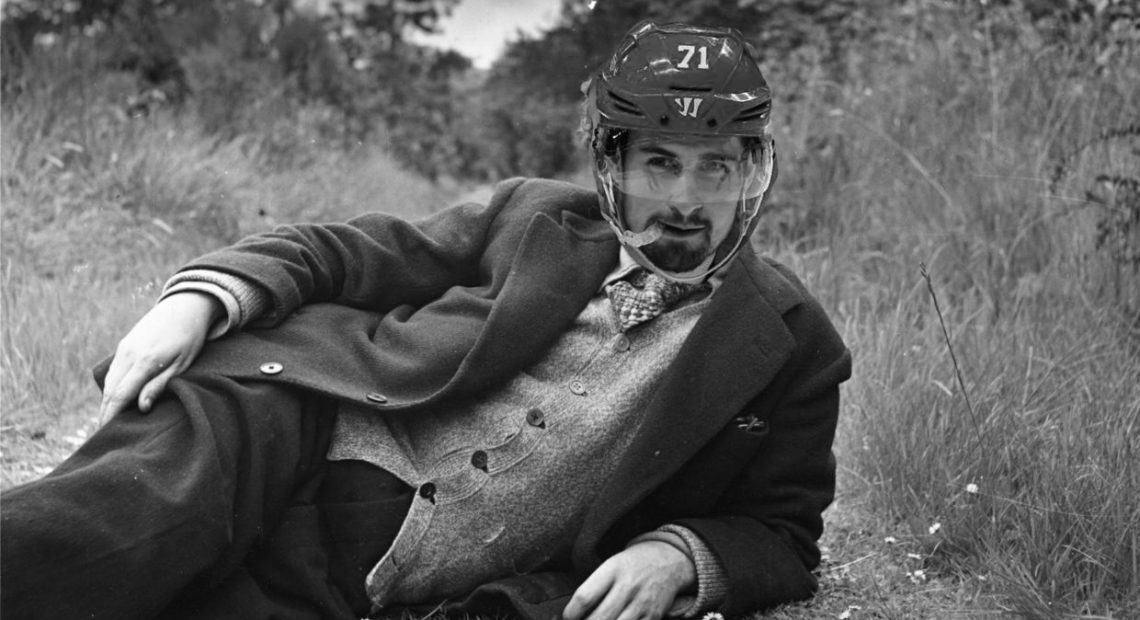 You have to hand it to Steve Yzerman and the Wings. This is how you tank. It’s rare to see this hardcore of a tank in the NHL, outside of Ottawa at least, but the Wings have managed it. As flawed and infuriating as the Hawks are, they have twice as many points as the Wings. Twice. You might clamor for something like this in Chicago, but take a good look at the Wings and decide if that’s what you really want. And remember that the Wings haven’t had players the quality of Kane, Toews, Keith, or Crawford to jettison in years. It takes a while just to get here.

Part of this rebuild is identifying what is going to be on the team when it matters again, no matter how far off that is. The foundation must be ground in something, as General Zod told you. Filip Hronek seems to be something the Wings are banking on, and with cause. Tyler Bertuzzi is another, though probably farther down the lineup in the years to come. Anthony Mantha is already 25, so that’s questionable.

The biggest pillar the Wings are selling is that Dylan Larkin will be the #1 center when they’re ready to not be a reminder of how life can go horribly wrong. What this post presupposes is…maybe he isn’t?

It is hard to judge fully what Larkin is, simply because he’s played on dogshit teams for so long. Last year he put up a 73-point campaign which pretty much nothing on his wings. And yet that very well might be his ceiling, as he won’t approach that this season and again he’s getting top center minutes at evens and on the power play. At some point, if you’re truly a diamond you’ll shine through the muck, as it were.

Our argument falls flat though when you see what kind of relative numbers Larkin is putting up, at least metrically. He six points above the team’s Corsi-percentage rate this year, after being nearly 10 above it last year. His relative xG% is 8.65 above this campaign after 9.62 last year. So even if he’s still in the red overall, he’s doing far better than the wayward and destitute that comprise his teammates.

Larkin’s individual shots, chances, and attempts this year are all down from last year, but that again could be from playing with no one who can create things for him instead of the other way around. We won’t know until he gets some actual talent around him, which might come in the form of Elmer Soderblom, Moritz Seider, Filip Zadina, or Alex Lafreniere if the Wings end up with the 1st pick in June. That’s the hope around there.

And it still kind of has to be Larkin. Lafreniere is a wing, and the rest of the system is much stronger on wingers or d-men than it is on centers.  Joe Veleno is the just about the only center in the system that’s going to make it to Detroit soon, and he doesn’t project to displace Larkin. There isn’t anyone coming to take Larkin’s job anytime soon.

Still, Larkin doesn’t really look like a premier scorer. He’s got one 30+ goal season, but has broken 20 only one other time in five seasons. His career SH% or chances he gets don’t suggest anything more than a 20-25 goal guy. Is he a great playmaker? Doesn’t appear to be, though full judgement will come when his wingers aren’t consistently dizzy or looking for directions. He might just be a #2 center.

Depends on what projection Yzerman has here, but the ballsy call might be to at least see what’s out there for Larkin. He’ll be 24 next year and on a very reasonable $6.1M hit for the next two seasons. There are a lot of teams that could use him as a #2 center (Bruins as Krejci ages? Sharks for when Thornton retires? Stars?), and the Wings might need more than they’ve already got. They’re years from competing anyway. It wouldn’t be the biggest shock, is all we’re saying. Though with this draft as weak as it’s considered at the moment, adding more picks in it doesn’t have quite the appeal.

That would take some brass balls. This isn’t just the only player who’s been worth watching on the team for years. This is a kid who grew up in Michigan, wanting to play for the Wings his whole life and then became captain. You can see why the Wings want to build everything around him. It’s just a question of if they really can.