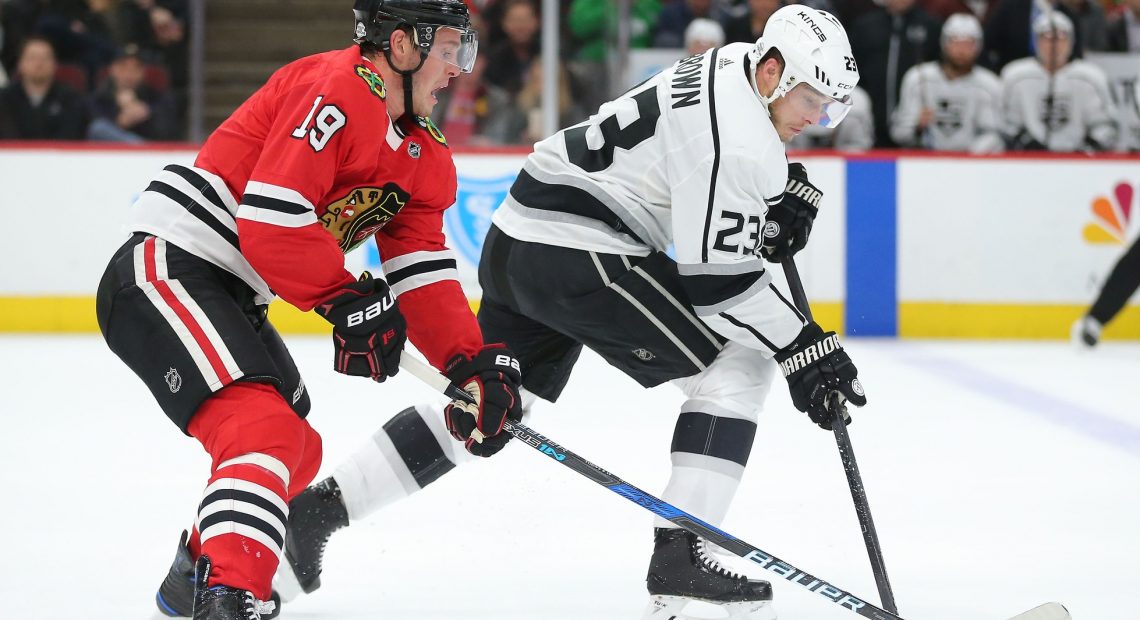 Trying to sum this game up is going to be kinda hard. It’d be way easier if the Hawks played real well and just missed on some chances, or even if they played like absolute trash. Instead, they just looked like they didn’t wanna be there, like how you feel when you’re sitting at work wondering if your job is even that important. And who’s to say? To the bullets:

– I can confidently say one thing that I couldn’t stop noticing in this game is how fuckin’ bad Jordan Oesterle is, which is really a theme at this point and not exclusive to just this game. The first Kings goal was maybe a little questionable because of some maybe-goalie-interference, but Oesterle did nothing to help Forsberg out by standing right in his line of sight and screening the absolutely life out of him. Then later, in the second period I watched Oesterle stand still as a damn statue in the middle of his own zone before getting absolutely toasted in a foot race the other way, which resulted in a 2-on-1 for the Kings. They didn’t convert, but it was just embarrassing to watch, and I kinda wish they had just because it would’ve made that whole play more of a focal point on Oesterle’s part. No matter how much he fucks up he seems to be bulletproof in Q’s eyes right now, while Connor Murphy can’t get more than a third pair assignment and Michal Kempny just got shipped out for a lottery ticket cuz he couldn’t get a fair shake either. Fuck this.

– Q went after the Toews-Kopitar matchup for most of the night, and it saw some success. Toews posted a nice 57.69% CF at 5v5 tonight, which was about a point and a half above team rate. That team number got inflated by some score effects after LA went up 3-0, so I think in reality Toews won that battle very convincingly. I don’t really know what that’s worth, but it just felt like something sorta noteworthy, I guess.

– The worst part about this game was that the Kings worst players pretty much proved to be the difference makers. They got goals from Torey Mitchell, Andy Adreoff, and Dion Phaneuf. Those goals were the fourth, third, and fifth tallies for the scorers this year, respectively. That’s just frustrating to me. I am firmly on the “tank” team at this point, if you wanna call it that, but getting beat by another team’s scrubs is very disheartening. Then again, this team almost lost to Glendale by a touchdown, so nothing is beyond them I guess.

– The Hawks are back it at home against Ottawa on Wednesday. Hope and pray that one is a chance for Stan to scout EK65 before managing a miracle trade for him to solve all of our problems (I CAN BE OPTIMISTIC, OKAY). Meanwhile LA heads to Winnipeg for a game tomorrow night. Wish them luck on their travels, as they have to take the bus because Winnipeg doesn’t have an airport.