Game #59 – Hawks vs. Jets (Again) Spotlight: How To Fall Upwards 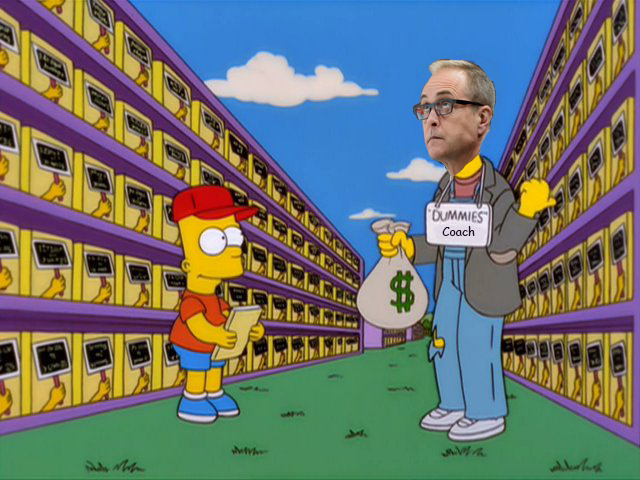 Friends, you’ve probably been frustrated at some point watching some moron you work with get a promotion you were sure you were more qualified for, or even just a promotion you know they had no business getting. Or perhaps you just watch things in society and wonder how someone you’re sure can’t tie their shoes can end up with so much more money than you. For instance, Jim Crane clearly has a whistling sound working between his ears, and yet he’s rich enough to own a MLB team.

Maybe hockey isn’t for us if that’s how we feel.

Paul Maurice earned another contract extension this week. That’s the same coach who in six years at the helm has won two playoff series, both in the same year. That’s with perhaps the best top six in the league, one of the deepest forward corps around, and before this year at least a serviceable defense. Oh, and two of the past three seasons he’s gotten near Vezina-level goaltending from Connor Hellebuyck.

And that’s still been the case this year, and the Jest are still outside the playoff places. Sure, the defense has been stripped of Dustin Byfuglien and Jacob Trouba, but losing the former shouldn’t hurt your defensive structure much if at all. And the Jets remain one of the worst defensive teams in the league, in terms of the shots, attempts, and chances they give up.

But if you watch the Jets, it’s not just lack of talent. They just don’t care. Some night, their lack of effort in their own zone is so noticeable it’s laughable. The Jets are one of the worst metrics teams in the league. Even with that defense, given the wealth of talent at forward, they shouldn’t be drowning in attempts and chances against on a nightly basis.

And this has been going on for a bit. The Jets tried to get Maurice fired during their playoff series lost to the Blues last year. They blew assignments, they lacked desire, they played selfishly at times. They didn’t want to be there, most of all. And yet Maurice wasn’t fired. He wasn’t fired in the middle of this year when they haven’t been in the playoff spots all season. And now he’s installed for more years. How?

Maurice and GM Kevin Chevldayoff let Patrik Laine force their hand in the lineup and play on the top line, which used to be Blake Wheeler’s spot. They let Trouba stick around for multiple years when he made it clear he hated it there and hated Maurice until they had to trade him (and did get Neal Pionk out of it, but could they have gotten more previously?).

Chevyldayoff’s draft record is impressive enough, as a good portion of this team is his doing. Though the only player in the last three drafts to even make it to the NHL is Laine. He’s made trades for Paul Stastny and Kevin Hayes to bolster the team for what he hoped would be Cup chases. But it may be up now. The Jets have only just north of $7M in space for next year, and the only players signed are Hellebuyck, Morrissey, Pionk, Poolman, and the top six. If the Jets lose their forward depth, the sink could go even farther.

But is Maurice really the guy to guide these players? His pedigree is non existent. He has one Cup Final appearance in 22 years coaching in this league. He has two conference final appearances. That’s in 22 years. While the Jets no longer are one of the dumber teams in the league in terms of penalties, which used to be a Maurice staple, it’s still in their locker. And as you’ve seen against the Hawks, this is one of the biggest and fastest teams at forward in the league. But they so rarely play like it, which is how they’ve gotten tonked by the Hawks twice. Last Sunday, when they actually decided to play up to it, the Hawks couldn’t cope. Few teams could.

But this is the NHL. You get one job, you get 17 (unless you’re Mike Kitchen). And you get to keep coaching in a place you wore out your welcome in long ago.