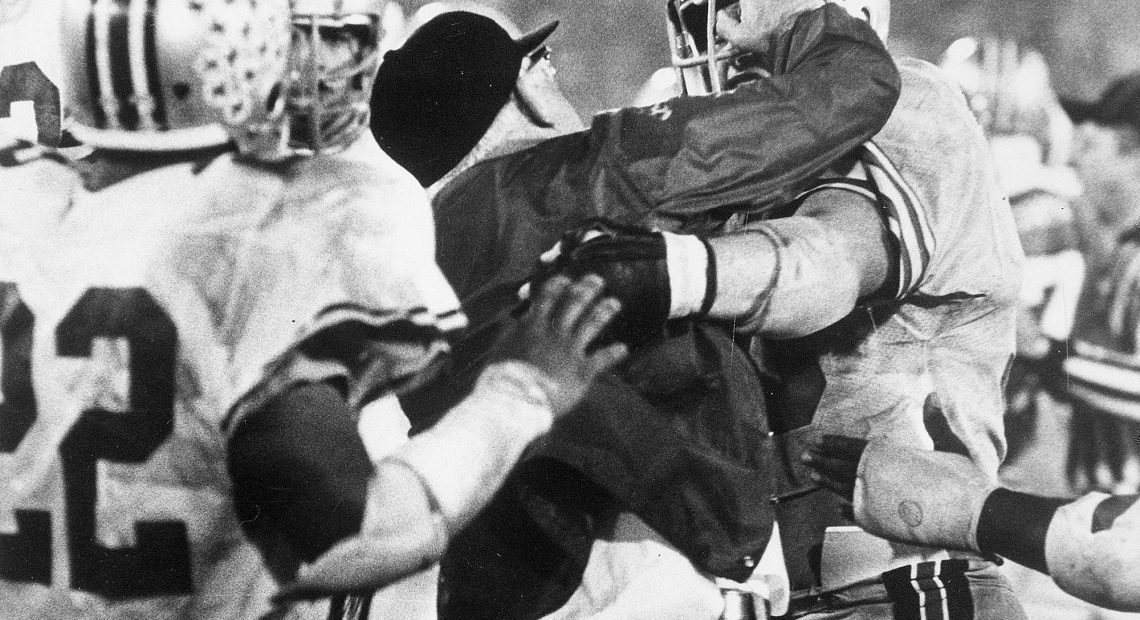 Got a twofer for ya. Alison Lukan (@AlisonL) is the Jackets beat writer for The Athletic. We also dragged up this thing called The Pale Dragon (@PaleDragonCBus) from JacketsCannon.com.

Everyone is aware of the Sophie’s choice the Jackets FO faces with Panarin and Bobrovksy. What’s the feeling amongst the fanbase? Are they jaded by having what is probably the best Jackets team ever have this cloud over it? Would they just prefer to see the back of them both and have it over with? Will there be any lingering damage?

Alison: It’s two different tales, really. I don’t think ultimately, that fans want either player to leave, but there’s been far more passion towards keeping Panarin than Bobrovsky. THis is ironic considering how much Bobrovsky has done to make the team what it is, but that longer tenure means that some are keenly aware of how he’s not played his best in the playoffs, and that tempers current worry about him leaving. As for Panarin, he doesn’t speak to the media much at all, and has been able to ride an easy-going persona through all this, making it easier for fans to pull for him to stay. I think there is definitely a segment of the fan base that fears what will be once these two leave, and there are likely some who don’t truly realiize what the impact will be, but that takes us to the ultimate question you asked about lingering damage. If Kekalainen and company can navigate this situation to a deep post-season run and/or a solid return in trade, this may not linger as the biggest story in franchise history.

Dragon: It has definitely been a cloud hanging over the season. Just today one of our readers asked “how can I root for these guys when I know they’ll be gone?” This is a good team – tied for fifth most wins since the start of 2016-17 – and yet we’re poised to lose the two best players on the team, and arguably the two most talented players in franchise history. That doesn’t happen very often.

I suspect that the fanbase will calm down after the trade deadline. Then the uncertainty will have passed. Either the Russians will be gone then, or we’ll have them as rentals and then they’ll leave. Our readers seem to be split 50/50 on whether Panarin should be traded or kept through the playoffs. The sentiment against Bob is more negative because he’s having a below league average season, and he’s had a poor attitude. He walked out on the team after getting pulled from a game last month. Bread, meanwhile, is playing as well as ever and seems to be enjoying playing with his current linemates.

Does all this drama distract from how great of a season Cam Atkinson is having again?

I was just thinking about this the other day. I don’t know that it “distracts” but i do believe Atkinson should be getting more attention for what he’s doing (and his body of work as a whole). The Panarin / Bobrovsky stuff has certainly sucked up a lot of the media spotlight – especially on the national level.

Thank you for asking about Cam. I wasn’t sure anyone else around the league recognized how good he’s been. As a fellow vertically-challenged man, he’s long been a personal favorite. He’s having a career year and could break Rick Nash’s franchise record for goals in a season (41). In contrast to the Russians, he signed a long term extension last season and has often expressed his love for the city. His wife had their first baby last year, they’ve bought a house in the suburbs, and he has started his own business here (a hockey skills training center).  He was named one of the alternate captains this year, which recognizes that he has long been one of the most popular figures in the locker room. If he plays out his contract here, he should break all of Nash’s franchise records.

We seemingly ask about Ryan Murray every time. But here he is already with a career-high in points, and the metrics are kind as well. Finally finding his place?

I am admittedly, a Murray fan, have always been so. The difference this year is that he’s healthy, quite honestly. He’s always had this level of play in him, and I think it shows in that the coaching staff has recognized that also and given him quite a few minutes alongside Seth Jones.

We’re finally seeing why Murray was the #2 overall pick in 2012. I think the biggest factor is that he’s finally healthy. It hasn’t been one nagging injury, but rather a frustrating inability to make it through the season unscathed, outside of playing all 82 in 2015-16. Combined with some defensive struggles from Zach Werenski, Murray has earned his way into the top pairing with Seth Jones. He’s still no major offensive threat like 8 and 3 are, but he makes up for it by his play in the defensive zone. His best skill is his vision, to find the right place to put an outlet pass. That’s where the assists are coming from.

So we know that come July 1, the Jackets will be without their two Russian stars. But with Dubois and Atkinson up front, a blue line that at least goes two pairs deep, and a lot of cash to spend, is there a reason the Jackets can’t quickly recover?

I answered this somewhat in the above question, but I agree. There is a talented core in this team regardless of if the two free agents leave. The team will have to replace that elite talent in at least one or possibly two bodies – as we know that’s essential to make a run – but this doesn’t have to decimate the franchise by any means.

I’m always an optimist, but I genuinely believe this can still be a good team going forward.  It’s one of the youngest roster in the league, with only three regular players aged 30 or older. Most of the core is 25 or younger. My hope is that GM Jarmo Kekalainen adds another long term piece at the deadline (Stone? Duchene? Huberdeau? DeBrusk?), whether or not he’s able to move the Russians. That will help to fill the hole this summer. I don’t expect to make a flashy free agent signing, but I would expect Jarmo to be active in the summer trade market. Teams like Toronto and Tampa are facing a cap crunch, and Columbus could take an RFA or other team-controlled player in exchange for picks and prospects. Much like how we acquired Brandon Saad from you guys when you couldn’t afford to re-sign him.

The biggest question mark on the roster going into next season would be goalie. I see Joonas Korpisalo as the default starter. For his backup, I’d expect a battle between some veteran free agent signing, and Latvian prospect Elvis Merzlikins.

For the team to compete going forward, it will depend what happens in the rest of the division. Washington and Pittsburgh may start to decline, but the Islanders look to be strong now and Carolina is on the rise.