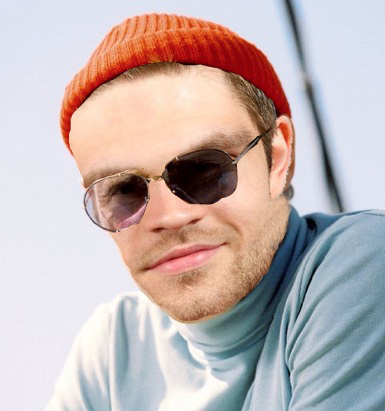 There’s a statistical quirk to Leon Draisaitl’s league-leading points-total (85). The German has a chance to be the first player to lead the league in scoring while being a minus-player, as he’s currently -11, since Wayne Gretzky pulled it off 28 years ago with the Kings. Does it mean anything? No, probably not, but it’s fun to think about. And it’s fun to dig deeper into.

First off, Draisaitl’s -11 is something of a false flag. The Oilers have scored 51 goals at even-strength when Leon The Ladies Man has been on the ice, and given up 53. He’s had the misfortune of being on the ice for eight shorthanded goals against, which is just kind of the worst luck possible. No one would pin that on a specific player, but certain bad bounces or misplays or a lack of saves.

Still, it’s hard to believe that the Oilers can’t even do better than break even when Draisaitl or even Connor McDavid are on the ice, which gives you some indication of just how big of a talent drop-off there is from them to the rest of the Oilers. For comparison’s sake, both McDavid and Draisaitl are in the top-ten for the amount of goals scored at evens when they’re on the ice, but they’re the only ones who don’t have a significantly positive goals-percentage for that work (Panarin leads with a 59-31 split).

It’s easy to point to the .897 SV% the Oilers get when Draisaitl is on the ice and say that’s the culprit right there. And it sure explains most of it. And if you dip into expected-goals, trying to measure the kinds of chances they’re producing, Draisaitl is again in the top-ten. But he’s also in the bottom-five in expected goals against, which has nothing to do with his goalies (so’s Patrick Kane, in case you want to detect a pattern). Now, you’d probably say the Oilers would be content just trading chances when Draisaitl and/or McDavid are on the ice, given that they’re always more likely to bury more of them than the opposition. But that hasn’t really happened, as we’ve seen, thanks to their goaltending. Both McDavid and Draisaitl have seen more pucks go into the net than they “should” have, given the expected numbers. But again, if everything was working out as it “should” the Oilers would still be just about even with them on the ice.

Another strange quirk is that no one’s metrics seem to get that much worse away from Draisaitl than they do with him. Some of that is that when they’re not on the ice with him, they’re on the ice with McDavid, and that will always even things out for just about anyone that can stand up in a pair of skates. Still, see for yourself:

When you get to relative metrics, Draisaitl is behind the team-rate, though in the past he’s had some years significantly ahead of it when it comes to expected goals.

All of it makes for a slightly more muddled picture than we might have thought before. Here’s a player that is consistently in the top five in scoring in the league, and this year he’s done it with a fair amount of time at center away from McDavid. The Oilers are in the playoff chase for once, so it would seem pretty clear that Draisaitl is a league-foundational piece. And yet you look a little deeper, and also consider how the Oilers have gone nowhere almost all the time, and it feels like a ton of scoring that’s just spinning wheels.

Now, put a real goalie behind Draisaitl and he’s probably +20 and the Oilers would be running away with the Pacific. Or maybe a defense that could limit chances would help. But it’s fun to consider what is actually going on instead of what we’re told surface numbers mean.

Tags: Edmonton Oilers Leon Draisaitl the numbers have no meaning