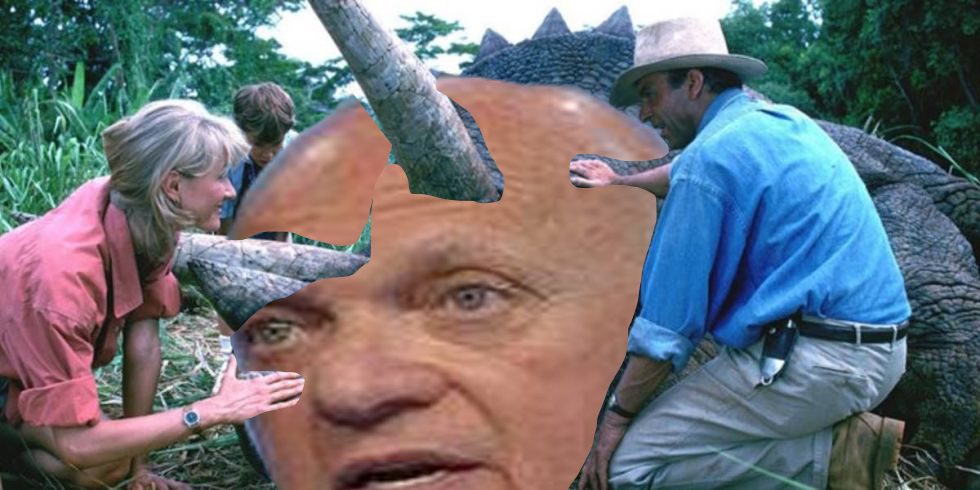 We suppose you can’t blame the oh-so-hip owners of the New York Islanders, Jon Ledecky and Scott Malkin, for being in something of a panic. After last season ended, there was no guarantee that franchise cornerstone John Tavares would stick around. There’s always something of a scratchy hold on the fanbase, who never took to the move to Brooklyn and the promise of moving some games back to  Nassau wasn’t enough to reassure. The arena at Belmont Park is still years away. So if you squint, you could see where they wanted to make a splash, and hire someone with a name everyone knows.

The problem is that anyone who knows the name of Lou Lamoriello knows the game passed him by years ago.

While the Devils three Cups and nearly murdering the game as we know it are still lingering somewhere in the recesses of everyone’s mind, they’re yellowing and green with mold. The Devils last Cup was 15 years ago, and since then the only playoff series they’ve won were on each in ’06-’07 and ’07-’08, and then the barely sensical run to the Final in ’12. As the NHL sped up and became more and more about skill, the Devils were left behind. That Final team of ’12 was the only one of the last five Lamoriello iterations in New Jersey to even make the playoffs.

Worse yet, Lou’s drafting record, what he had built the bedrock of his Devils teams on, suddenly became salted earth. His last five drafts produced Damon Severson, Miles Wood, and Adam Larsson. And that’s basically it.

His record in Toronto is hardly better. Sure, he got to draft Auston Matthews, but you could find a lot of palookas or nitwits to not fuck up a consensus #1 pick. Mitch Marner was already there, and Matthews is the only player Lou drafted that has suited up for the Leafs. As far as what else Lou added to the Leafs, there’s Freddie Anderson and the yellow puddle he leaves around in the playoffs. There’s Matt Martin who makes everyone else feel better about their IQ. Nikita Zaitsev is fine. Patrick Marleau scores but is old and expensive and might make things tricky next summer when Marner and Matthews come calling for their money. And that’s it.

So what about that record suggests Lou is in any way prepared to lead a new era of the Islanders? His first moves of trading for Martin and signing Leo Komarov don’t exactly inspire confidence so much as roiled stomachs. Neither would Valtieri Filppula.

The Isles have hung around the playoff scene thanks to the goaltending of Robin Lehner and Thomas Greiss, the former brought in by Lou, to be fair. But what’s left here? A young defense that needs augmenting, and maybe one top line player in Mathew Barzal and that’s it.

Given Lou’s constant bitching about how much players make, it would be unlikely to see him go to the free agent market to solve some of Long Island’s problems. Or when it comes to their own free agents, and Barzal is going to be looking at Nylander money at least and Lou will almost certainly pass his own colon before giving it to him.

The game simply left Lou and his style behind. Maybe he can adapt, but given his nature you don’t see it. The Isles will have plenty money to spend in the summer, as all of Anders Lee, Brock Nelson, and Jordan Eberle will be out of contract. Someone’s got to get paid though.

Lou Lamoriello is a deserved Hall of Famer. And he did change the game with his teams in New Jersey, even if it was for the worse and made it nearly unwatchable. Banners fly forever. But his time is gone, and the Islanders seemingly will continue to be stuck in hockey purgatory, as they’ve been since the 80s, until they realize it.