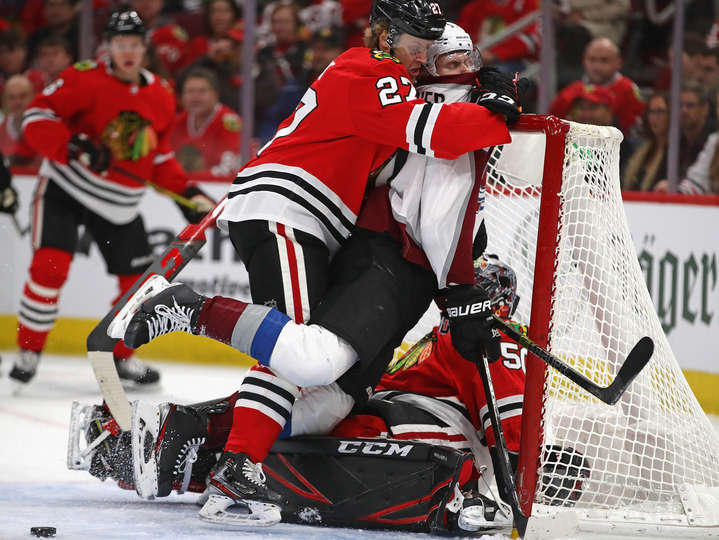 The Blackhawks still suck, the Avs are still good. I spent most of this day traveling so and then I had to watch this ordeal so let’s just get this done:

A Preface – the above photo does not at all depict how this game went, but it was too funny of a picture to not use. You go, Boqvist.

– As Sam wrote brilliantly morning, the Blackhawks should not be this bad. They have everything that you would think you need to compete in the modern NHL – solid goaltending, high-level scorers, good enough forward depth. But they definitely lack big talent on the blue line in a big way, as we knew they would, and the structure of this team and the style of play expose them to getting their asses completely waxed by teams like the Avalanche that have all of those same things in spades along with a fuckton more speed. Personally I am kinda tired of watching the Hawks play this team because it’s always embarrassing like this. What more am I to say?

– Nathan MacKinnon should be illegal. The man is far too good and yet in some ways he might even still be underrated. Which is really weird cuz people know he’s fucking good. But his speed, shot, puck handling, vision, everything is just insane. His goal tonight, the Avs second and the eventual GWG, came after he brilliantly corralled a terrible pass at his feet, and then just zoomed past the Hawks defense and fired an unstoppable shot over Crawford’s blocker. Police, I’d like to report a murder.

– The Hawks were truly lucky to escape the first period of this one tied – which is a theme that does not seem to be stopping, at least when I watch and am recap duty. The Hawks got so roundly skullfucked from a possession standpoint in the first period that even after posting CF%’s of 58 and 61 in the second and third period respectively, they still got beat in that regard 51%-49% on the night. I guess that is what happens when you let a team hang a 67.5% on you in the first.

– The Avs had 29 scoring chances in this game. That’s essentially one every two minutes. That is just absurdly bad. Thank God for Corey Crawford. The poor bastard.

– Hawks go again tomorrow against the Jets. Until then. 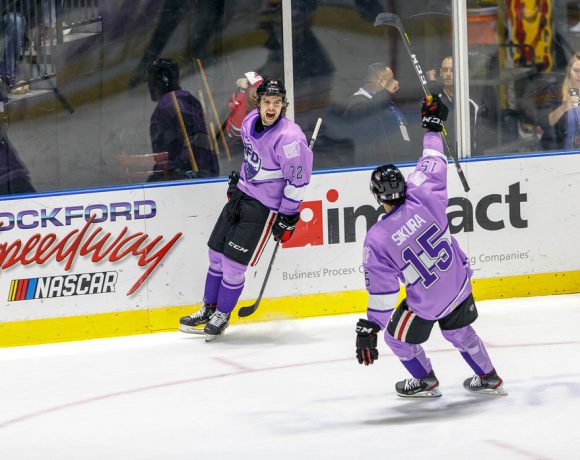 High On The Hog: November Surge