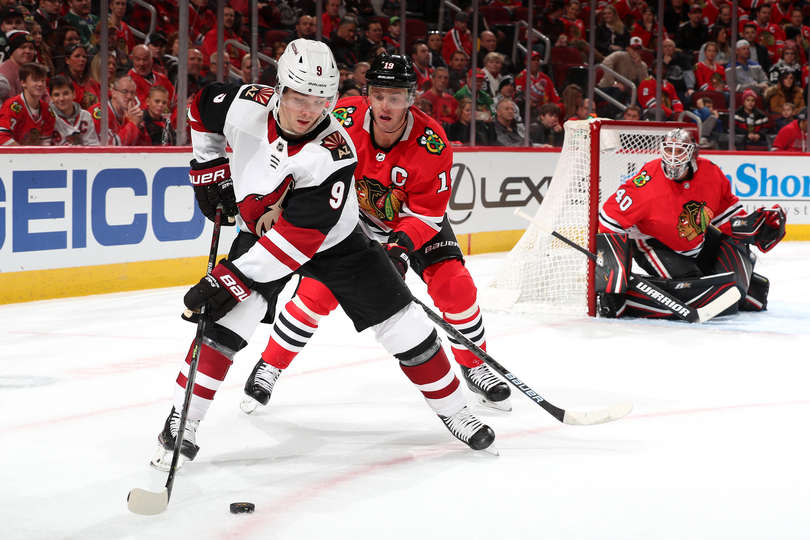 The more of these recaps I do, the less I want to do them. Each game just gets more and more incredible, in a bad way. I almost feel like I, and perhaps Blackhawks Twitter/Bloggers in general, are out of things to say about this team that aren’t just the same old dead horses that have already been beaten time and time again. Shall we?

– For the second straight game that I have recapped (the last being the Bruins game on Thursday) the Blackhawks found themselves with a multi-goal lead after the first period despite the fact that they were the inferior team. The Hawks got dominated in attemps with a measely 42.11 CF%, and they were even worse in terms of unblocked attempts with a 39.29 FF%. They escaped with a 3-1 lead in large part due to a slightly-lucky-but-very-good play by Jonathan Toews early on, a good shot by Alex DeBrincat who got a goal in a third straight game, and a nice play by Dominik Kubalik. To their credit, they did have a 5-4 advantage in High Danger chances despite getting their clocks cleaned in possession.

– I am continually baffled by the audacity of the Blackhawks to put their penalty kill unit out so often despite the fact that it is so damn bad. They took six penalties tonight, and in the end it cost them as two of the Coyotes three goals came with the man advantage. Personally, I am shocked that the Hawks penalty kill did not hold up on a night they iced a paper mache defensive corps.

– Pairing off that last one, just to give you an idea of how impactful the Hawks penalties were tonight: The second period was played exclusive at 5v5 or with the Hawks on the PK (save for four seconds of a Hawks power play, which barely counts). At 5v5, the Hawks recorded a CF% of 68! That is incredible! But they only got to spend 13 minutes and change at 5v5, and spent the other 6-plus minutes on the PK, where they gave up two goals and allowed Glendale to tie it.

– The third period was worse than the first, which is kinda nuts. The Coyotes forward group is not very good! Their best forward is probably Nick Schmaltz, who I like and was a fan of in Chicago, but he’s not an elite talent in anyway. But the Hawks only managed a 34.48 CF% at evens in the third, and in the end they were outshot 47-29 by that group. That is just pathetic to be quite frank with you.

– Erik Gustafsson being on the powerplay in overtime is insulting to my intelligence and the intlligence of my grandchildren’s grandchildren. Fuck off.

– Hawks go next on Tuesday against Vegas. Until then.