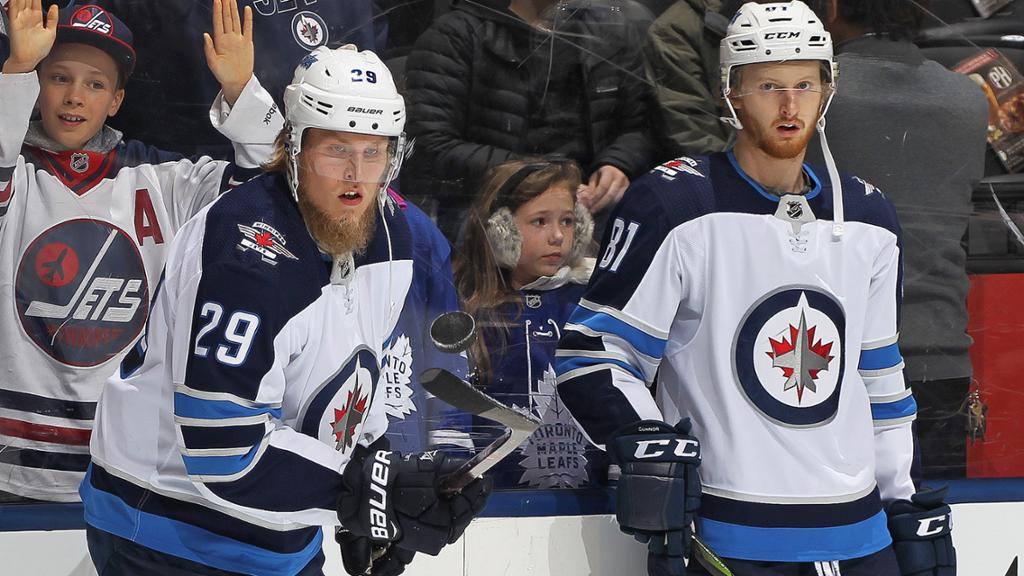 For most of the summer, it looked like the Jets might struggle to get either of Patrik Laine and Kyle Connor into the fold by the season’s opening. Getting both seemed just east of Oz on the possibility scale. And yet they managed it. The strange thing was that they chose to lock up Connor long-term, while Laine only got a two-year bridge deal that won’t even take him into unrestricted free agency. But was it that strange, really?

At this point, it’s pretty well-documented how much Laine ran into the rock wall painted to look like a tunnel by Wile E. Coyote last year. From 44 goals to 30, from 70 points to 50, a 33% drop in shooting percentage, and some metrics that were truly horrifying. Meanwhile, Connor racked up his second straight 30+ goal season on the Jets’ top line, although his metrics weren’t all that impressive either. But when you’re skating with Mark Scheifele and Blake Wheeler, you’re probably always going to outscore what your metrics say.

Still, the thought that Connor was a product of his linemates and Laine had to do it himself was a popular one. It was even one Laine felt necessary to voice himself during the summer. If they switched spots, would Laine be the one the Jets felt they had to keep, and Connor the one they would wait-and-see on?

Connor actually spent as much time away from those other two forwards as he did with them last year. His attempts and shots per 60 percentage do go down without them, but the team’s goals-percentage when he was on the ice without them went up. More worryingly, the expected-goals count when down about five percentage points. The only thing that went up significantly was Connor’s shooting percentage, which appears to be blind luck thanks to the expected goals mark, and thus would explain the goals going up without Wheeler and Scheifele.

On the other side, Laine only got about 200 minutes last year with Wheeler and Scheifele, though that’s just about 15 games worth or so. Laine’s numbers hold steady whether he was skating with them or not. But what’s worth noting is how much worse the whole line’s numbers were than they were when Connor was on the top line. It’s four to five percentage points across the board. Quite simply, Laine was dragging them down.

So in that sense, it makes sense to see what Laine does for a further two seasons, and that’s both on the top line and away from it, to see who’s a product of whom. Laine’s bitching has got him on the top line this year to start though, where he’s put up 10 points in five games. And while the points are nice, once again the metrics say this line doesn’t work at all. Their Corsi % together is 29.7%. xGF % is 37.3%. Laine is outscoring it for now, but that can’t last much longer.

Meanwhile. Connor has been put on the second line with Nikolaj Ehlers and Andrew Copp, though that will be Bryan Little‘s spot again when he recovers from concussion. Their metrics still aren’t in the black, but they’re far better than what Laine is doing on the top line, though not with the end-product (three goals between them).

So it would appear that Connor is the more all-around player, capable of doing work anywhere, though we’ll obviously need a much bigger sample size. Laine is going to have to continue to shoot the lights out to outrun the fact that his line almost never has the puck. He’s done it before, but if he wants bigger numbers on his paycheck when these two years are up, he’s can’t stop.