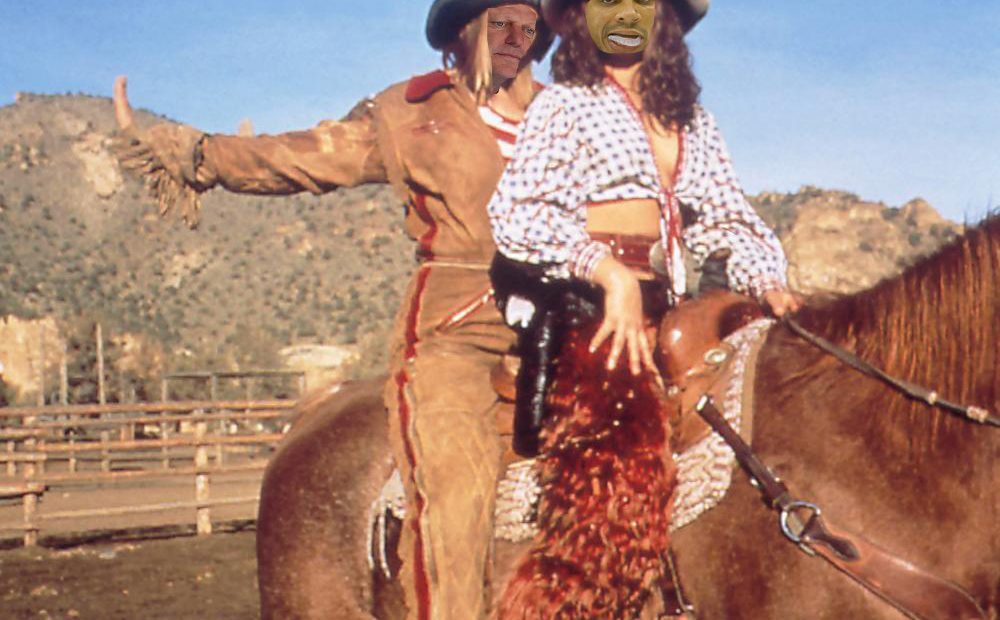 Gerrard Gallant will go down as the author of one of the most incredible seasons in North American sports history. He took an expansion team–a group of misfit toys and discarded fruit pits–with no real stars to three wins from the Stanley Cup. He did it by getting on the cutting edge of where the league is going, by having his team play faster than almost anyone could live with. The Knights got the puck up the ice as quickly as possible, trying to cram their chances in before teams could get set up to get in shooting lanes.

Gallant benefitted from a lot of players having career years, but he provided the atmosphere for players to flourish and enjoy their game. He didn’t try to shackle anyone. He may never accomplish as much again. And yet, on the biggest stage, Gallant went full hockey meatball.

Ryan Reaves, defying all that is good and right in the world, scored the game-winning goal in Game 1 of the Final. He did it in the only way Reaves can, getting in the way and having the puck bounce off of him. Reaves will never be more than a mouthy obelisk, and every so often when the planets align and all fart at the same time–or at least show a callousness to what should be- he’s an obelisk in the right place.

Which then prompted Gallant to throw out Reaves as his extra skater when the Knights were chasing the next four games. He did it three times, sending Reaves over the boards when pulling Fleury and chasing the Capitals. It would have left many dead from shock if they weren’t laughing so hard every filling popped loose and intestines were ruptured.

This is another backward hockey-think that should get anyone responsible stripped of their driver’s license to not put the rest of society in danger. The “hot stick.” Because Reaves had barfed a goal or two in recent games, Gallant was under the impression some hockey fairy or imp was planted on his shoulder that would make up for the fact that Reaves is nothing more than a well-compensated and less mobile ox. It’s like a reverse “cooler.”

The Knights weren’t getting to the Capitals anyway. And maybe Gallant had seen every gamble come up 7s for the Knights last season and figured he might as well push all-in again. No point in going conservative at that point. Still, even at the pinnacle of an impossible season, Gallant couldn’t escape hockey mysticism.