Game #18 – Hawks vs. Knights Preview: So You Think You Can Dance? 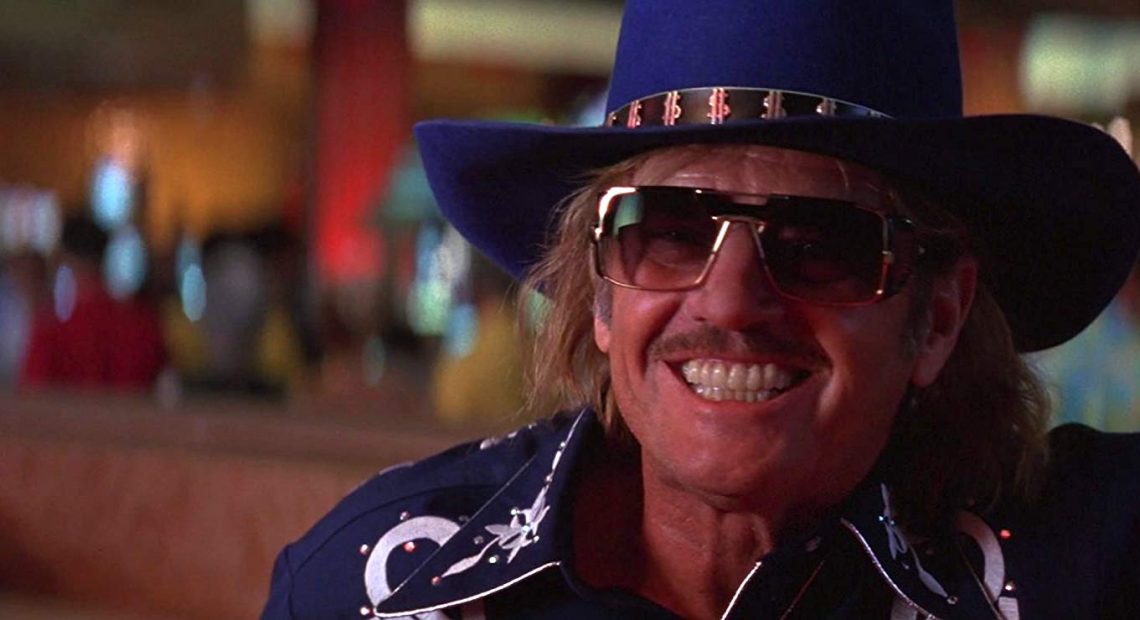 The Hawks will begin a mini-roadie through the nouveau riche of the NHL, with tonight’s stop in Sin City before heading to Music City on Saturday night. Clearly Sin and Music go together, as every person who’s thrown a bible at you has told you.

And these are not two venues that many in the following will be greeting giddily. We know what happened to the Hawks the last time they were in Nashville, and they have yet to get a point out of Vegas in two seasons and three trips. In fact, they’ve been done to the tune of a combined 13-7 there, and last year’s 4-3 loss was the only time they were within a zip code of the Knights in their own resort.

You can debate whether or not it’s a good time to catch a team after they’ve lost four of five and six of eight. Clearly, they’re not playing well. But also clearly, they’re probably pretty angry and going to come out with a fair measure of piss and vinegar. Especially as those four losses for the Knights were on the road and this is their first home game since. The archers and drummers will be even more amped up.

Not that there weren’t some bad losses for them on their recent trip. There are few excuses you can come up with to justify losing to Detroit and barely squeaking by Columbus in regulation. OT losses in Winnipeg and Toronto are more understandable, as is getting kicked to shits by the Caps in DC. Just kind of a thing they do these days. That all happened to Vegas.

And it’s mostly because the offense has dried up. They scored 10 goals in those five games, and they haven’t managed more than three goals in any game in November, nor more than two in their last four. They only managed 19 shots in their loss to Detroit, which was definitely a “Let’s get this the fuck over with and get home” kind of effort. They kind of did the same thing against Columbus, which sort of indicates they’re picking their spots a bit.

Don’t worry, the Knights are still going to be annoying all season. They’re still one of the better metric teams around, and they produce just about as good and as many chances as anyone, ranking third in xGF/60 at evens. They’ve had issues with the other side, as they’re barely middling in the ones they’ve given up, and that might have something to do with having a pretty immobile defense beyond Nate Schmidt. They’re also unlucky in that they’re shooting less than 7% as a team, and they can’t get too many saves with just a .909 at evens. The former will straighten itself out before too long. The latter…

…maybe not so much. As you know by know. Seabiscuit lookalike Marc-Andre Fleury is old and has been abhorrent of late, with an .877 SV% over his last five starts. Malcolm Subban isn’t going to save any team, and counting on him for more than a spot start here and there is going to lead to a downfall. The Knights had better hope for that goals-explosion soon, because there’s a more than zero chance their goaltending just never quite comes around again. They’re just going to count on a soon-to-be 35-year-old Fleury to find it.

Still, this is a test of the Hawks apparently new “system” of being more open and adventurous…which saw them give up 57 shots to a barely interested Leafs team. If the Knights are fully engaged, then they might give up 75. This is a team the Hawks really haven’t come close to being able to run with since they came into existence, and now they apparently seem intent on going toe-to-toe with just about anyone, it could be ugly. It could also be the only way.

The Hawks almost got their first regulation win against the Knights the last time they played, but that involved maxing out while the Knights were kind of only there. And even that got them a last-minute equalizer. The Hawks were able to skate with them in the neutral zone and Duncan Keith had his best game in three seasons or so to cut off things at the blue line. That game also cost the Hawks Connor Murphy, which indicates some of the strain of the effort.

The tweaks the Hawks have made are meant to get their forwards out against d-men they’re either faster than or more skilled than or both, and usually that will be the case. It will be here, as you want to get isolate in space against the likes of McNabb and Engelland and Holden. The problem is you have to sacrifice a bit the help you’re giving your d-men to get out from under the frightening speed of the Knights forwards, so how the Hawks escape will go a long way to indicating where this one will go. Can the Hawks D find enough time to even just chip off the glass and behind the Knights defensemen for their forwards to skate onto?

Good test for Boqvist tonight too, as this is the exact type of opponent the Hawks need him for while also being the one he has to figure out how to get out from under. He has the feet to actually open himself up and get the Hawks into the neutral zone and beyond, and he’s the only one, but he also has to navigate his way through the furious Knights forecheck which has buried basically all of his teammates on the blue line in every meeting. See how he handles it.

If the Hawks are serious about taking their hand off the throttle, then it won’t be boring. At this point, we can’t ask for much more.