Game #10 – Kings vs. Hawks Spotlight: Has The End Come For Jonathan Quick? 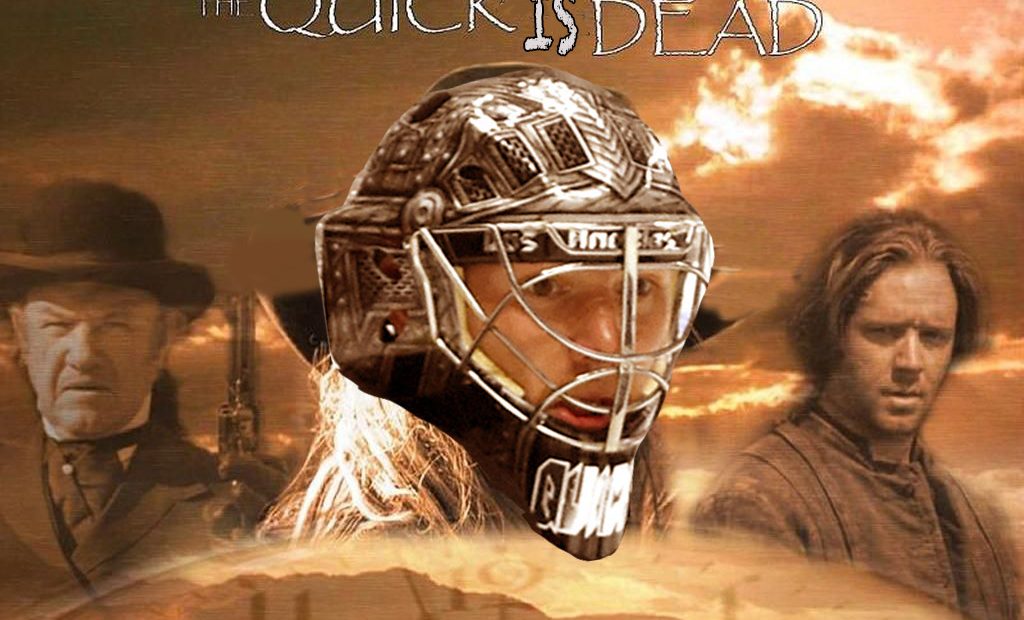 Of course, we asked this question about Braden Holtby when the Caps were here and he proceeded to have his best game of the year against the Hawks. So we know what we’re getting into here.

There’s no soft way to put it. Jonathan Quick has been simply awful this season. He’s made six starts, and his SV% is .854. And it’s not like Corey Crawford, his main foil in that three year stretch in the middle of the decade, who has good numbers at evens but is getting clobbered and stripped of his soul on the penalty kill. Quick is at .850 at evens. That’s…real bad.

It would be the second straight season that Quick has been some kind of unnamed horrid beast in net for the Kings, who would probably have some serious decisions to make after the year if this continues. Quick put up an .888 last season over 46 starts, to go with some injury problems. It was those problems that probably gave the Kings the wiggle room to think that greater healthy would bring Quick back. So far, that hasn’t worked out at all.

But unlike the Caps, the Kings don’t have an immediate, in-house answer. They drafted Matt Villalta a couple years ago, but he’s only in his first year in the AHL and his numbers in the OHL aren’t exactly glittering. Then again, no goalie’s ever are there, given the offensive environs. He’s years away if he’s anything, though then again, so are the Kings. There are also a couple European goalies they’ve taken, but just like Villalta…who the fuck knows?

The Kings might not have the pressure to solve this anytime soon, because it doesn’t appear they’re aimed to do anything for a while. Alex Turcotte is clearly meant to take over for Anze Kopitar as the #1 center one day. But he’s currently getting drunk on State St. in Madison. That’s a couple years away. Kale Clague was another primed to be on the first pairing in visions of the future, but he’s in his second year in the AHL, and if the first one had gone that well he’d certainly have been able to scratch out a role on this Kings blue line. It’s kind of a mess. That’s what happens in the rubble of sustained success though, as we well know.

There’s probably always a team you can sucker into taking a chance based on simply his two rings and the idea of new scenery being a charge. Hockey is weird that way. You wouldn’t be able to recoup much, but you’d have the cap space. Again, given the trajectory of the Kings, are they really going to need the cap space anytime soon?

Quick’s legacy in Los Angeles is set, as he’s the only goalie to win a Stanley Cup there. And his 2012 performance basically brought the Kings to that one, even if he wasn’t all that good in 2014. Having two rings probably ensures he’ll get into the Hall of Fame, as every goalie who does ends up there. Unless you’re Chris Osgood. But that 2012 season was the only one where Quick had a SV% over .920, aside from two seasons ago which got the Kings four games in the playoffs where they were thoroughly outclassed by an expansion team.

The Kings aren’t going to be anywhere before Kopitar and Brown and Doughty are too old to do anything about it. Maybe they might as well hold onto Quick, cash in on nostalgia, and hope for a brief spurt of competence that gets him a trade to the Sharks. It’s just about their only hope.