TV: CSN, NBCSN for those outside the 606

If this recent stretch of Hawks hockey, be it this past weekend or the past couple weeks or the last month and a half, would be something you would define as “middling,” or “disappointing,” there simply can’t be a better cure than a visit to Denver for a contest with the Avs. Though the Hawks lost the last tilt to this bombed out structure, that was the game before the Christmas break when the Hawks were clearly had the motor running. Do that again, and you’ll know the Hawks simply could care less right now.

Let’s start with the Hawks, because I really want to avoid talking about the Avalanche for as long as I possibly can. The Hawks, after dry heaving for the second half of the game against the Wild, are going to juggle things up as is Quenneville’s wont when things are going pear-shaped. But judging from the looks of these lines, which you can see above, this is going to last a period and maybe a shift into the second at most. Toews will play with Panik and Hartmania, while Working Class Kero gets a chance to dovetail with Hossa and Vinnie Heinze. Maybe it’s something of a bid to try anything to get Toews going. I don’t know what Kero does on the other line. I also know that it doesn’t matter because it’s the fucking Avs tonight.

All right, fine, I guess it’s time to talk about Colorado. This is the worst team in the league. And by some distance, as they trail the Yotes, who themselves have some sort of liquid coming out of every orifice in their face, by  five points. There is nothing this team does well, and they haven’t in a couple years, but now their goaltending has descended into the dark abyss with the rest of their play. This is an organization that somehow broke Gabe Landeskog, and is doing its best to break Nathan MacKinnon and Matt Duchene, assuming the latter isn’t traded.

Ah yes, this should be fire sale time for the Avs, except they don’t have anything to punt. Someone will cash in on sentimentality for Jarome Iginla, but he’s pretty much finished. That’s not going to get you more than a mid round pick. John Mitchell is an acceptable bottom six center, but again, how much does that net you? Fedor Tyutin do anything for you?

This is why LaxativeLog and Dutch are getting mentioned in trade rumors. The Avs have no defense to speak of, but if you trade two of your three most talented forwards to get them aren’t you just running in place? The Avs are probably better off collecting however many picks they can, and using their top three picks they’ll get the next two years on blue liners and being patient. It wouldn’t be pretty, but that’s the only recourse.

As for tonight… well, the Avs have been annoying in the past because they do contain a lot of speed and when the Hawks haven’t been paying attention they’ve gotten caught. With TVR roaming around there and Seabrook starting to revert to Nacho King again, you could see MacKinnon or Duchence getting off the leash. But after coughing up a hairball against two teams they’re now chasing, you’d think the Hawks would be a little more focused. Because you don’t have to be all that much to get two points tonight. The Avs don’t have the pieces on the back end to squeeze the Hawks in the neutral zone, and if the Hawks are getting to build through that they can hit the line with speed and possession and go nuts. As long as they don’t commit too many silly turnovers in the offensive end that let MacK, Dutch, and ThreeYaksAndADog go on the fly pattern, the Avs attack is 5am whiskey flaccid.

This is what the Hawks need, because Friday’s tilt in Boston will be much trickier. Don’t get this one, suddenly you might have a losing streak on your hands. No one wants that.

If Some NHL Awards Made Sense 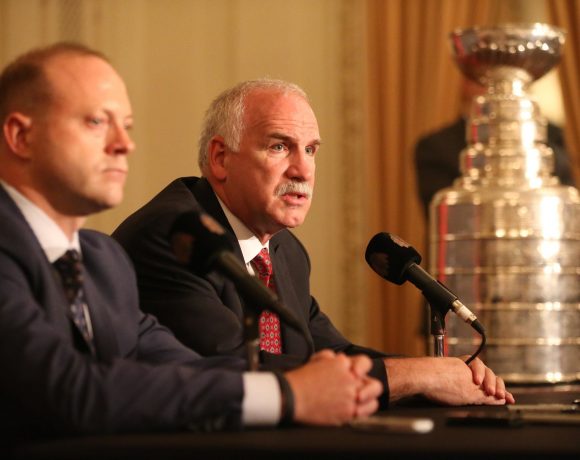 MIldewed And Smoldering, Fundamental Differing: A Timeline Of The Quenneville-Bowman Schism 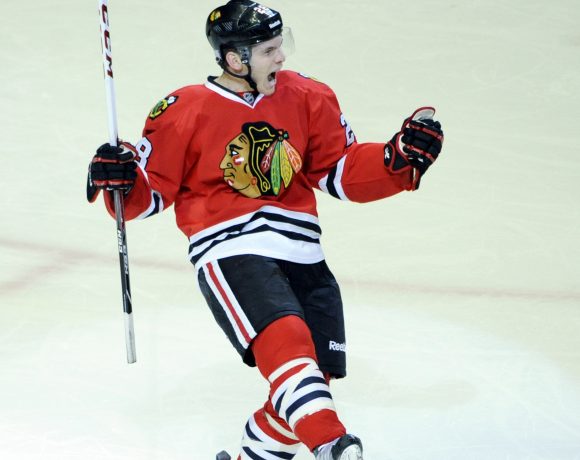