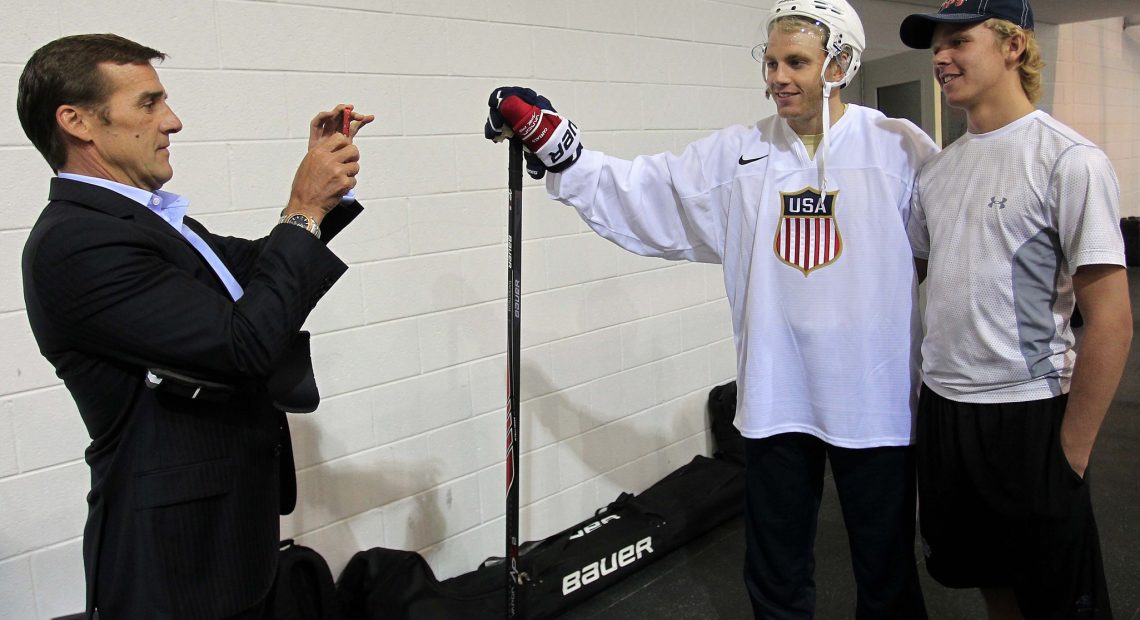 Another week in the books, another round of free-floating hostility.

-Kevin Hayes finally landed with the New York Rangers, where conceivably he will get a chance to play sooner rather than later after losing some forward depth this offseason. Hayes threw everyone for a loop by not choosing Calgary where his college bros are or Florida where his actual bro is, but he gets to stay close to home in the northeast. But with the Rangers’ lack of real playmaking centers who can’t even seem to get rumored wiener tucker Rick Nash going with any consistency, everyone will see just how effective Hayes can be on his own in short order.

-Given the cantankerous way that Joe Thornton has behaved towards various Blackhawks over the last five or so seasons, it would have been difficult at any point to view him as a sympathetic figure. Yet Doug Wilson and Todd McLellan are doing their best and are pushing Thornton towards Luongo levels of likeability after having done basically nothing wrong. In an offseason where Wilson promised seismic change and Thornton was very loudly on the trading block, the Sharks have done little to produce the overhaul they spoke of other than sign a bunch of marginal NHLer turds, and are now instead going through a media smear campaign with Thornton. Both Thornton and the alternates have been stripped of their captain’s letters, and an open competition will be held for the spots, whatever the hell that even means. Additionally, Darren Dreger relayed statements from Todd McLellan that Thornton will have to “earn” whatever ice time is commensurate with his play.

While Thornton is an easy subject of ridicule for a variety of reasons, that he is a generational offensive force cannot be denied, and the Sharks entire style of play hinges on him. Perhaps they’re trying to shame him out of town to get him to waive his no trade clause, but even at 35 there is next to no return the Sharks could get for him that would even be a lateral move for the team, let alone an improvement. Not that Hawks fans should lose any sleep over a Western Confernce foe with Cup aspirations punching itself in the dick for no reason.

-Speaking of punching, George McPhee is apparently in the running for the position vacated by Brendan Shanahan at the league office as the head of the Department of Player Safety. Notice that it’s “player” safety, and not “opposing head coach” safety, as McPhee would be screwed. One of the most bafflingly under-reported stories in hockey of the last twenty years is that McPhee decked then-Hawks coach Lorne Molleken (one of the most aggressively Canadian names ever) after a pre-season game, for basically no reason. Only the NHL could be as tone deaf as to even consider a man who basically committed battery to be in charge of anything remotely related to safety.

-This week featured another round of pantsless internet bloggers getting hired on by NHL teams, in the form of Darryl Metcalf, the mastermind behind ExtraSkater.com, and Cam Charron, who fans of the old stop back up the digital dial will recall as being a Vancouver referee conspiracy theorist before he started crunching actual numbers. Both were hired by the Maple Leafs, and in the wake these hirings and those of Eric T’s from Broad Street Hockey and Tyler Dellow (aka @mc79hockey) to an unknown team and the Oilers respectively, the peanut gallery of Twitter couldn’t wait to congratulate itself.

A few notes on this. Firstly, this site in its various iterations was getting its writers hired by NHL teams years before it became the cool thing to do, and long-time readers should know exactly who is being discussed. Secondly, a team hiring a blogger for its analytics department isn’t necessarily a indicator of being ahead of the curve. Look at the teams that are doing the hiring. That these clubs are reaching out to hobbyists- hobbyists who do fantastic work but are hobbyists nonetheless- shows just how badly left behind that they’ve been. And thirdly, these hirings do nothing to validate theirs or anyone else’s previous or forthcoming work, because the numbers speak for themselves. That’s the nice thing about numbers, and why they are now simply presented as givens here without meta-discourse on their merit.

But ultimately the only real downside of this movement is losing voices like Metcalf’s, whose site was heavily relied upon. Fortunately there are still places like NiceTimeOnIce.com to pick up some of the slack.