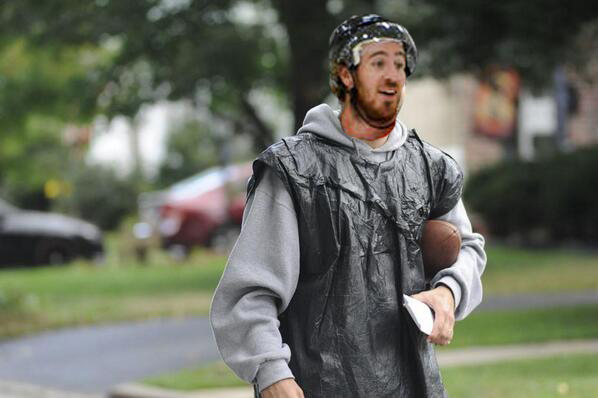 Note: Normally we’ll do all Hawks pregame posts on gameday. But with the afternoon start tomorrow, let’s get started a touch early.

You don’t hear too many laments about the Hawks being unable to sign Kevin Hayes way back in the day. At the time it seemed a mistake, though not a huge one, especially at a time when the Hawks were struggling to come up with impact forwards through the system, especially centers to support Jonathan Toews. You’ll hear almost no laments now that he’s getting paid like a #1 center he’s never come close to proving to be. But you can always count on the Flyers to Flyer.

The only time Hayes has cracked 50 points in a season came last year, which conveniently came right before he hit unrestricted free agency. Funny how that always seems to work out, no? Other than that, Hayes has consistently been around 45 points, which is just barely #2 center production and these days it’s really having to crimp to be called that. Maybe the Flyers hope that Scott Laughton can one day move Hayes down the depth chart. But that would make handing him over $7M a year even more baffling. Flyers.

And until last season, Hayes wasn’t loved by the metrics either. He hadn’t been above the team-rate in Corsi or expected-goals percentage in three seasons, and was sometimes viciously underwater. All of it feeds into the idea that you can watch a game with Hayes’s team and never notice him, and then when you look up at his 45 points you rack your brain to see if you can remember any of them. Trust us, you can’t.

Still, Hayes looked pretty good in an admittedly small sample size of 13 games with the Jets last season, the first time in at least a while, or maybe ever, that he’d gotten to play with supreme talent. And maybe that’s the hope for the Flyers here, except their supreme talent would seem to be spoken for. That’s because Sean Couturier centers Claude Giroux and Jakub Voracek, and it’s been a long time since James van Riemsdyk counted as supreme talent. Hayes is going to have to make JVR and Travis Konecny look like that. For most of his career, it’s been the other way around.

Which makes the long-term planning of the Flyers pretty damn curious. But it was ever thus. At the moment they’re slotted to play Giroux $8M for another two years, Voracek close to that for another four, Hayes, and JVR $7M for another three seasons. Konecny is on a reasonable deal of $5M for a good long while, but Couturier might be in line for a huge raise in two more seasons.

Essentially, the Flyers have to get going now while their young players like Joel Farabee, Carter Hart, Travis Sanheim, and one or two others are still very cheap. And yet they don’t look any closer to the playoffs than they were last year, which was still a $40 cab ride. This is probably why you’ve heard Shane Gostisbehere trade rumors, because they have to cut costs somewhere.

But hey, you can’t blame Hayes for taking the money. Now he can comfortably rack up his 47 points and not worry about the future. Good gig if you can get it.