He Fills His Head With Culture: Blackhawks 2 – Sabres 1 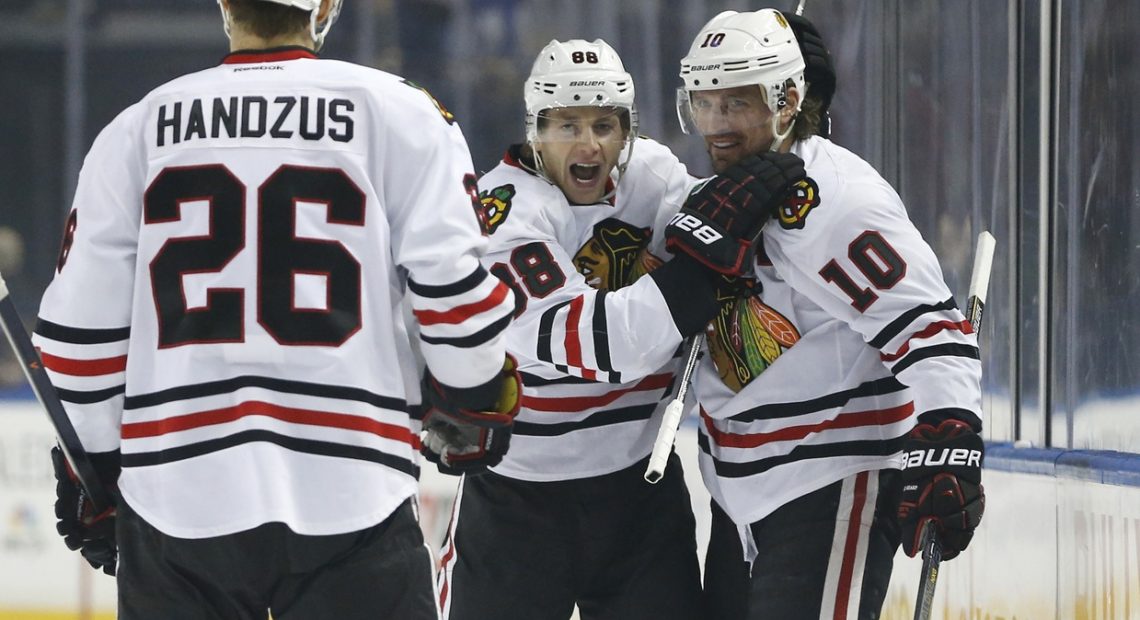 About 3 minutes into this game, we got to witness history. It wasn’t just that Kane once again gained a point while visiting his old stomping grounds. He’s had 4 games back home now and has 4 points in them. That’s old news. The big news is obviously that we here at The Committed Indian have finally lost one of our trump cards in our calls for a real second line center. That’s right folks – Patrick Kane scored an even strength goal while Michael Handzus was on the ice.

Now that’s not saying Handzus had anything to do with the goal… I don’t think he had even made it into the Sabres zone by the time Kaner fired that nifty little wrister. But he was certainly on the ice.. and I guess that counts for something.

While Kaner’s goal was one of the prettier ones we’ve seen this season (definitely up there with Toews’ Soldier Field goals), it didn’t provide any spark for the Hawks to steamroll a team like the Sabres who are desperately attempting to avoid a tailspin at the moment and failing. Two minutes later the Hawks would luck out on a phantom call on Tyler Ennis that should have resulted in a Buffalo goal and four minutes after that Buffalo would actually end up tying the game at one. The Hawks certainly controlled the play but also looked like they were just as desperate for the game to end so they can get to their hotel rooms and watch the True Detective finale as everyone else. Lots of penalties on both sides with nothing to show,  solid but far from stellar goaltending from Enroth, and finally a fancy little play from Shaw, Saad and Toews to put the game away.