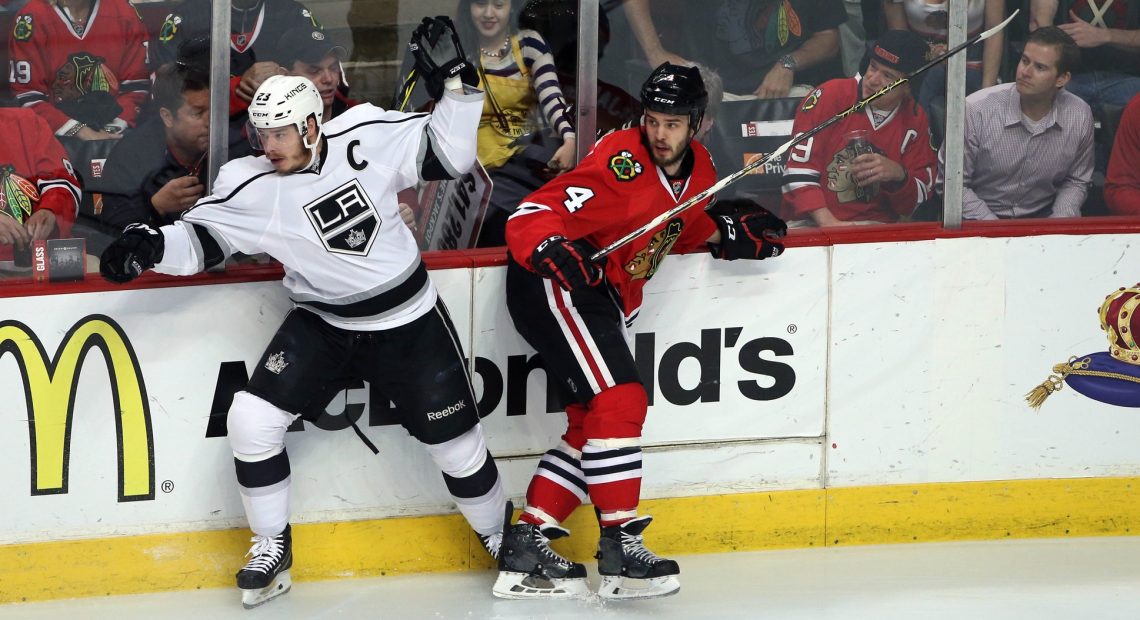 Climbing further up the depth chart, the time now comes to take a closer look at Niklas Hjalmarsson, who did alright as far as most people were concerned.

What We Liked: By most estimations, Niklas Hjalmarsson had his best regular season as a professional this year. He far surpassed his previous career high of 17 points with 26 this year while seeing the toughest competition among Hawk defenseman. Sam even went so far as to declare Hammer as this season’s MVP in the regular season finale issue of the Indian, with Hammer’s absorption of the best the opposition can throw at the Hawks allowing Duncan Keith to focus more on offense while having to drag Brent Seabrook around. Into the playoffs Hjalmarsson continued to shoulder the responsibility of those assignments for the most part with regular partner Johnny Oduya, and then Duncan Keith once things got desperate against the Kings in Games 5, 6, and 7.

What We Didn’t Like: For as sterling as Hammer’s regular season was, his playoffs probably weren’t his steadiest. His CorsiFor% was his worst in a post season as a Hawk while seeing comparable competition as years previous. And while they didn’t come back to their 2011 and 2012 levels, there were cringe-inducing periods of the yips of old where Hjalmarsson would blindly fire a puck up the boards when besieged by a heavy forecheck. How much that was as a result of his aging fellow Swede partner and inconsistent forward deployment in front of him remains up for debate, and unfortunately shows that for as solid a defenseman as Hjalmarsson is, he doesn’t have quite the all around game to take over a game by himself. His shot from the blue line might be an unholy force, but he doesn’t use it nearly enough.

What Is It You Say You Do Here?: Fortunately for the Hawks, Niklas Hjalmarsson will be paid like the quality contributor he has evolved into being, with his five year, $20.5 million dollar extension now kicking in this year, at less than a half-million annual cap hit raise than his infamous previous deal which priced the Hawks out of either Antti Niemi or Andrew Ladd. Considering what the market would have been for Hammer’s services this summer had he been allowed to field offers, that is more than a bargain, and with a new son in tow, there’s probably a slight tinge of regret in Hammer’s famous quote last summer stating “I already make enough money”.

Hjalmarsson has put himself in the discussion of elite “defensive defenseman” in the league, even if that is a backhanded compliment as that is as the term becomes increasingly outdated. And at 27 years old he’s now physically in his prime and shown the ability to be quite durable and reliable, the latter of which is something that Joel Quenneville values over basically everything. The immediate future portends to more work on the second pairing for Hjalmarsson, likely with Nick Leddy as his partner moving forward. But as the final three games showed, playing centerfield for Duncan Keith consistently is certainly an option should Brent Seabrook either not be able to keep up with those assignments or is moved. Either way, the Hawks now have a serious asset in Hjalmarsson now that he’s emerged from two seasons’ worth of shakiness, and at a value price.