DC. Good For You. Good For Me. Mmmm Good: Hawks at Caps Preview/Pregame thread/Mimosas 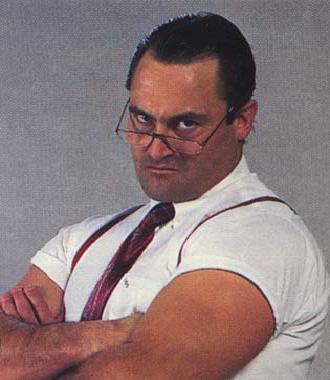 Well, it’s finally here. The landmark the season kind of pivots around. With the holidays over and the season about to head into it’s interminable slog phase, and almost right on the halfway point, the NHL has its winter landmark. It’s the Winter Classic… between two teams who have no history with each other at a venue that wouldn’t even be close to old enough to drive yet. But hey, let’s enjoy it anyway, right? The NHL regular season offers no other more singular stage than this one.

It always feels like the Hawks are facing a team that’s red hot, and the Caps aren’t too much different. Just once I’d like to see the Hawks have a string of games against teams that have lost five in a row. Anyway, the Caps have won four of their last six, gained points in five of those, with the only blemishes the loss to the Rangers featured on the last episode of 24/7 and an OT loss to the Isles last out. The Caps are tussling with everyone else in the Metro to be top of the dustheap that’s behind the Islanders and Penguins.

Under normal circumstances, we know what a Barry Trotz team would do here. Something of a hybrid trap to keep the Hawks’ speed at bay, with the points in the Hawks’ zone being sat on behind only one forechecker and two d-men behind that. Outdoors, where the ice and vision could be anything, that’s still likely but no sure thing, especially with the feeling the Caps might want to put on a show in their very own showcase they’ve only been waiting years for.

Still, the Caps remain something of a top line with Ovechkin, Backstrom, and handsome devil/thug Tom Wilson for some reason. Beyond that it’s a cavalcade of pluggers, muggers, and buggerers. And then the occasional spice of Kuznetsov. So again, it seems a squad set out to muck things up on what could be a shitty surface anyway.

The blue line may be without Brooks Orpik today, although if that’s a good or bad thing will be left for you to decide on your own. It’s a solid unit either way, with Carlson, Green, Niskanen, and Alzner providing equal parts dash and crash. Although get Green defending a fair amount and his nose will gush blood from vertigo.

For the Hawks it seems all troops are accounted for, with Michal Rozsival relocating his walker for this one and heading back into the lineup. Most likely he’ll come in for Tim Erixon who has been quickly introduced to the hypothermia one gets from Q’s affections. Rundblad has at least come up with some assists of late, which should keep him in the lineup. None of it will keep Q from praying at his TVR altar.

It’s hard to call these, because they’re so unlike any other game the Hawks will play this year (which is maybe why they shouldn’t happen?). There could be a delay at the start. There could be delays during if something happens with the ice. They shouldn’t have to deal with snow-clearing delays like last year’s Stadium Series game on the lakefront, but something else could happen. Luckily, the Hawks tend to shrug most of these things off.

The Predators remain menacingly perched on the Hawks’ shoulder, but a win today would see them move seven points ahead of the Blues and even in January that is not an insignificant gap. While everything around the game is to be enjoyed and remembered, the actual contest itself is more about finding a way and survival. The road team has won the last three Classics. Works for me.

The Triumvirate is not there, all of us nursing the hangovers we acquired together last night. But dear friend Jen LC is, follow her on Twitter @RegressedPDO. Friends of the program The Beverly Brewmaster and wife are also there, follow them @TheBvrlyBrewmaster and @Lakeline, though I’m guessing all three are together anyway.