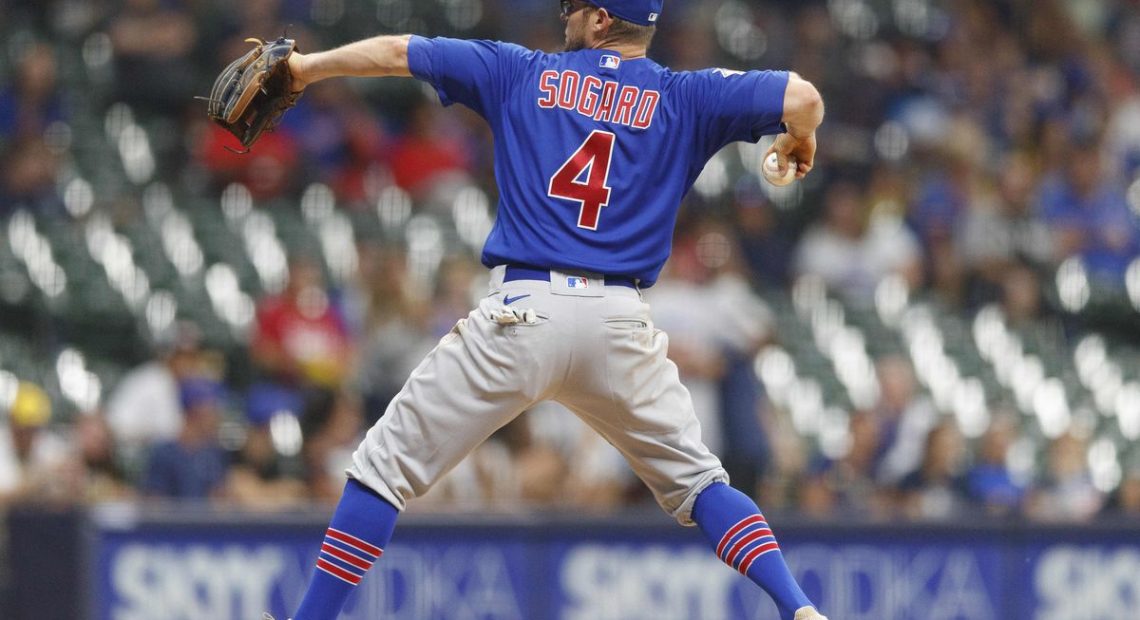 The season really can’t be more kaput now. Anyone with half a brain knows exactly what the Cubs front office is thinking after the team put on this exhibition this week: three must-win games against the Brewers, and not one game was won. If the front office ships out everyone at the trade deadline, I will not bat an eye or be surprised, and I assume you won’t either.

To make matters worse, the team is significantly more injured where we stand today than where we started at the beginning of this series. When the Cubs media is writing articles about how much you miss Matt Duffy on your offense, something is wrong. Anthony Rizzo missed all three games in this series, and he’s currently second on the team in batting average and OPS and third on the team in slugging. Kris Bryant, first on the team in all of those categories, missed the last two games. Patrick Wisdom got rocked replacing them at first base, and did I mention our catching pipeline behind Willson Contreras is two guys on the 60-day IL and A Guy from Iowa?

There’s a lot more to be angry about here, so let’s break it down.

I must admit, this was the kind of season-on-the-line fun I was hoping for this series — for the first seven innings, at least — with lots of back and forth between both teams in a close competition. Both starting pitchers left the game in a no decision, throwing 6 innings each. It wasn’t an immaculate night by Hendricks by any means, as he gave up seven hits and four runs and struck out only four people, but thanks to an absolute two-run BOMB by Patrick Wisdom, he was able to get off the hook for a loss of any kind.

The Cubs and Brewers both scored two runs in the 1st inning, respectively. After Joc Pederson walked, Ian Happ homered to score both of them. For the Brewers, a single, a double, a walk and another single tied the game, where it would stay until the bottom of the 3rd inning when a solo homer was hit against Hendricks. A single, a stolen base and another single allowed the Brewers to go up 4-2 in the 6th inning, but the aforementioned Wisdom home run tied it for the Cubs.

Pederson walked again directly after the home run, and Ian Happ singled after him. Unfortunately, Pederson was tagged out at third after a pretty miraculous play by the Brewers defense, and Javy Baez characteristically struck out swinging in a meaningful at-bat situation.

In the 8th inning, the Cubs were able to load the bases thanks to a double and a walk-a-palooza. Rafael Ortega, who has had a good record lately in the pinch-hitting position, was asked to RBI in someone, anyone, to put the Cubs ahead. In a full-count situation, however, he ended up grounding out on an easy routine play to first base.

The Brewers, meanwhile, wrapped everything up in the bottom of the 8th, after Ryan Tepera allowed two walks and a double to make it 5-4 Brewers. Then a sacrifice fly scored another Brewer to make it 6-4, and a double made it 7-4 Brewers. Tepera has been phenomenal for the Cubs all season, being one of the three Cubs relievers (beside Andrew Chafin and Craig Kimbrel) who have nearly always locked down any games they threw if the Cubs were on top. He was put on the 10-day IL after this game, giving him some much-needed rest. Hopefully that will help him get back to the pitcher he’s been all season.

His replacement was Trevor Megill, who immediately intentionally walked Christian Yelich and allowed Willy Adames to hit a 3-run homer to blow the game wide open, 10-4. A walk, a single, a double and another home run later and your eyes were just glazing over. No surprise he was shipped back down to Iowa after this performance. No more Trevor Megill please.

At least this one wasn’t a total blowout. Brandon Woodruff is one of the better pitchers in the league, so I guess there’s nothing much to say offensively about his performance; both teams were outpitched generally by the starters.

Zach Davies gave up a run in the 1st inning, but other than that he kept things close between the teams; the offense just had a lot of trouble hitting the ball, as usual. The Cubs had only six hits, two coming from Joc Pederson. They also got walked seven times, and there were multiple RISP situations and one bases-loaded situation that they just couldn’t convert on. Ian Happ especially struck out swinging in that bases-loaded situation, ending the inning without being able to score a desperately needed run for the Cubs. What else is new with this team?

Baez struck out twice, but he also got a hit—a triple—and scored the Cubs’ only run. He also walked to load the bases, which is a true marvel for him in that situation. The team just seemed to sorely miss the bats of Bryant and Rizzo. The half-inning after the Cubs scored and tied it, the Brewers came back with a run of their own, a line drive that scored someone Davies had walked earlier. Despite nails bullpen appearances by Brad Wieck, Keegan Thompson, Dan Winkler and 31-year-old Adam Morgan, the Cubs couldn’t find enough runs to eke out a win.

If you didn’t have enough of a reason to hate the Brewers, even after this week, then this game will make you hate them even more. Or maybe I should be directing my anger inward, toward the Cubs, who gave up a 7-0 1st-inning lead like it meant absolutely nothing to anyone.

We were watching a sorely needed burst of offense at first, after a myriad of singles, walks, fielder’s choices, steals, and wild pitches that saw the whole lineup go once through the order, with only Happ not reaching base. It feels like for any other team this would be an automatic win, but not here. Jake Arrieta, relic of a bygone era, put up a really difficult performance, surviving only 1.2 innings. He allowed a single and walked three guys in the 1st to make it 7-1 — no big deal yet because we have plenty of insurance runs, am I right? Horribly wrong. A single and a home run against Arrieta made it 7-3 in the 2nd inning. Then there was the walk, three singles, and fielding error that led (though not Arrieta’s fault) to Patrick Wisdom leaving the game at first base with an injury after colliding with a Brewers batter. Rossy yanked him after that one.

Wisdom was replaced at first by Taylor Gushue, playing in his first MLB game at 27. Gushue will also be playing the role of backup catcher now, as he fills in for Jose Lobaton, now on the 60-day IL, where he joins with the guy HE was filling in for, Austin Romine. Time to pray Contreras won’t get injured.

As for the entire lineup getting that burst of offense early? It lasted only that one inning, as the Cubs wouldn’t be able to score a single run for the rest of the game. Instead, the Brewers ran rampant on poor Rex Brothers and Tommy Nance. Brothers gave up the winning run in the bottom of the 4th after allowing a walk, a double and a single. He was then replaced by Nance, who was even worse, hitting two guys, walking another, and letting another one single. It was 10-7 Brewers before Willy Adames hit a grand slam to make it 14-7.

Adam Morgan was given another look tonight, because at this point everyone recognized the game and likely the season was now lost. He gave up a solo homer to give us the final score of 15-7. Then Eric Sogard got to pitch to end the game, as nothing pleases the masses more than when that happens. Just awful.

The Cubs are now 6 games back of the Brewers and don’t have a prayer of catching up at the rate these guys are playing and getting injured. So why not duke it out against the Reds for second place this weekend? The Reds are one and a half games back of us at exactly .500. More losses here would just be the icing on the Cubs cake — becoming loveable losers once again. See you then, as always. Go Cubs go!