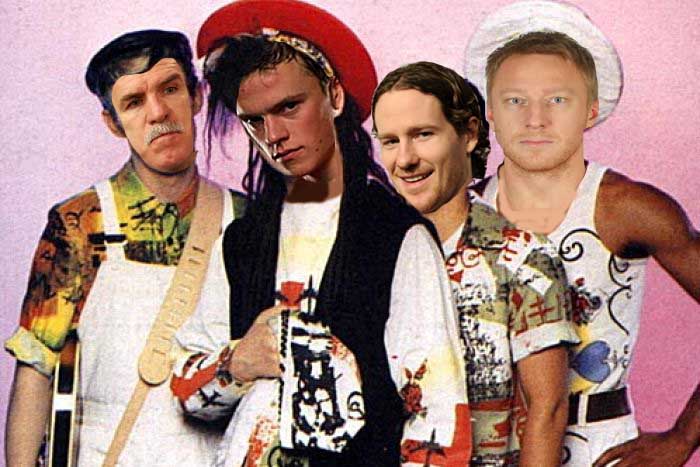 There is a part of me that wants to turn this into a Canadiens blog for next season because their implosion is going to be utterly hilarious to witness and I’m probably going to want to laugh at it every single day. I won’t do that, but I will take the chance to chew up and spit out the latest piece of drivel that GM Marc Bergevin had spill out of that orifice in the front of his face. It was simply more ass covering. Let’s get the quote in full, just to admire how deep in his own excrement he’s actually launched himself:

“Two Stanley Cups in five years. I like guys who don’t like to lose. Everybody likes to win, everybody’s happy when you win. I want guys, when you lose, it gets them inside. It hurts. And then you go back to work the next day.

I don’t want a guy who walks out of the rink thinking, “Everything is cute, everything is fine even though we lost the game, life goes on.” Yeah, life goes on, but I want guys who feel hurt by a loss. It’s the culture that I want. It’s the Chicago culture, that’s what I want.

Andrew Shaw has it. I was in Chicago long enough to know they don’t take losing with a grain of salt. I want guys who don’t like to lose.”

First off, this is probably tripe and chum tossed out to the ravenous masses that encapsulate the Canadiens fanbase, and really the fanbase of any Canadian team. There are still a lot of fans everywhere who need to believe that the players care as much as they do and in the same way. They need to believe they go home and throw their remote across the room just like they are when their team loses. There’s a key difference here, of course. One is a fan. The other is a professional doing a job, and the guy who comes in and breaks his sticks after every loss is going to piss off his teammates in a damn hurry.

Second, it totally misses the mark on how the Hawks work, in reality. Bergevin hasn’t been here in a while, so maybe he’s missed out on this. We’ve been treated the past three season to the Hawks going to the zoo somewhere in January, February, or March, or all of the above. And what’s the overall message? “It’s fine, we’re fine.” We don’t see any yelling in the press or stories of trash cans being hurled across the dressing room (maybe because Kenny Williams doesn’t work for the Hawks). There’s no calling each other out in the press, and even Quenneville rarely if ever throws a player (or at least non-goalie) under the bus after a loss.

You may say that’s only during the regular season because the Hawks focus squarely on the playoffs, and that’s partially true. But only partially. We’ve seen the Hawks go down 3-1 to the Red Wings, Kings, and Blues in the past four seasons, down 3-2 to the Ducks and trail the Bruins and Blues in ’14 as well. And what’s the one thing everyone comments on them when that happens? How positive they are, how confident they are, how unflustered they are.

That’s not to say the Hawks take it lightly or don’t care, because we know they do. And I’m sure they all hate losing in their own way. But they don’t get destructive about it. Maybe that’s easier to do when you’ve already built up a track record as the Hawks have, but it feels like it’s been this way since Quenneville, or even Toews, walked through the door.

PK Subban doesn’t like losing. He wants to win as badly as anyone else. This is just more labeling a guy who actually has outside interests as being uncaring, instead of stewing at home until it’s time for the next practice. That’s football coach shit.

Thirdly, it’s probably not wise to cite Andrew Shaw’s desire and hatred of losing after the last time we saw him losing he was melting down against the Blues and calling the ref a “fucking faggot.” You might want to stop just short of that. While Shaw’s apology was heartfelt and he appears to be contrite about the whole thing, it still shows an unhinged streak that does not in any way help a team win.

This is one of Q’s strengths, and I’m sure it’s aided by Toews who has learned to harness it all in the right way. They never put too much stock in losses, nor in wins until the very last one that really counts. It’s a job. Act professional, and leave the slobbering and stomping to the rabble.

But hey, as long as more teams simply don’t get it, it makes for better chances for the Hawks.

Tags: and they just don't get it no they're so pathetic Chicago Blackhawks Joel Quenneville Jonathan Toews Marc Bergevin montreal canadiens PK Subban