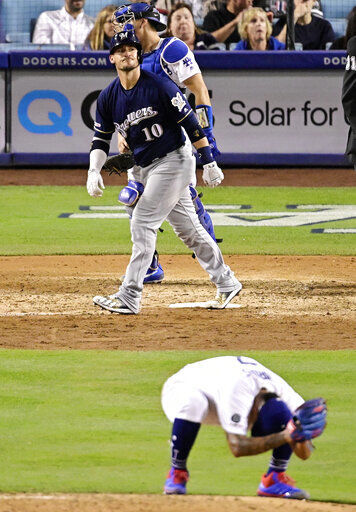 Now begins the season outside of the season, and potentially the most important one in the tenure of Rick Hahn’s career as general manager of the White Sox. With the team looking poised to possibly contend in 2020, Hahn must now shift gears. Trading away players like Chris Sale is easy. Everybody wants a Cy Young-caliber ace who strikes out 1.5 people per inning. Now Hahn has come full circle, as he was once the seller now he must be the buyer (Darth Vader quote goes here).

As with anything involving Jerry Reinsdorf and the Sox front office the first, last, and only question will be about money. Is he willing to spend it? The implication after the failed pursuit of Manny Machado was that THE MONEY WILL BE SPENT, most likely in ways that our mere fan-brains could not possibly understand. Now it’s time for them to live up to that bold declaration by rolling down the MLB equivalent of Rodeo Drive and making it rain.

What do the Sox really need? Well based on every metric that counts any type of offensive production, the Sox were the god awful-est at the DH position and any outfield spot where Eloy Jimenez is not currently standing, waving at his mom.

On top of that, other than Yoan Moncada and Zack Collins (who is an unfinished product in and of himself) the Sox are very light hitting from the left side of the plate. So who fits the bill?

Why Him?: Because he checks almost all the boxes above, and some that I didn’t even mention. Grandal is a switch hitting catcher who hit 17 dingers from the left side of the plate last year. He also tagged 11 of them from the right side, so it’s not a situation like Yoan has where all his pop comes from a single half of the plate. In addition to that, he’s an excellent pitch framer, 6th best overall in the league for any catcher who caught more than 1700 pitches. In the “Runs From Extra Strikes” category (which converts strikes to runs saved on a .125 run/strike basis, and includes park and pitcher adjustments according to Statcast) he’s the 3rd best in the league (the fact that Tyler Flowers has become one of the top framing catchers in the league will not be discussed here.) In addition, while he only had a DRS score of +1 last season, the previous 3 went +9, +17 and +13.

Despite James McCann‘s assistance with turning around the career of Lucas Giolito, he was dead last in framing last year which cost the White Sox 16 runs. Ask Reynaldo Lopez or Dylan Covey (if you can get through to him in his padded room where he mutters “sinker didn’t sink” to himself over and over) what they could’ve done with a few more strike calls going their way last season.

He also can play 1B and DH, which would result in a combo of Jose Abreu, Zack Collins and Grandal at DH at any point in the season which would instantly provide the best output at that position since before Adam Dunn shuffled off into the sunset. Yes, I am operating under the assumption that Jose will be back next season because duh. Did I mention he hits the shit out of the ball?

Why Not Him? Age maybe? He’s entering his 30th year on the planet this season, so by the time his deal is up he will most likely be 35ish? I dunno, this signing makes far too much sense for the Sox to pull it off. Can’t wait for the news media to interview Kenny Williams at spring training in his Mercedes golf cart and have him tell us all if he took off his solid gold Oakley sunglasses you’d see just how shocked he was. /wanking motion

How Much Is This Free Resort Weekend? Ahhh to the meat of the problem for the Sox: he’s not going to work for free. Last offseason he shot down an offer from the Mets (always a wise plan) for four years, $60 million and settled on a one year “prove it” deal with the Brewers. He then proceeded to mash almost 30 home runs with 80 RBI and was worth 5.2 WAR.

I would guess the bidding would start around $22 million for at least four years, and that’s the base. Grandal bet on himself last season and put up when some others thought he was crazy. The Sox had interest in him last year, and with a majority of the stuff they need contained in one human being Rick Hahn needs to find a way to get this done. Offer him four years, $90 million with a team option for a 5th at $25 million/or a $3 million buyout. I would think that would be enough to seal this deal, because I want to see what Giolito and Lopez can do with all those extra strikes Grandal can frame for them. Not to mention the two starting pitchers Hahn should sign this offseason (don’t worry, they’re next).