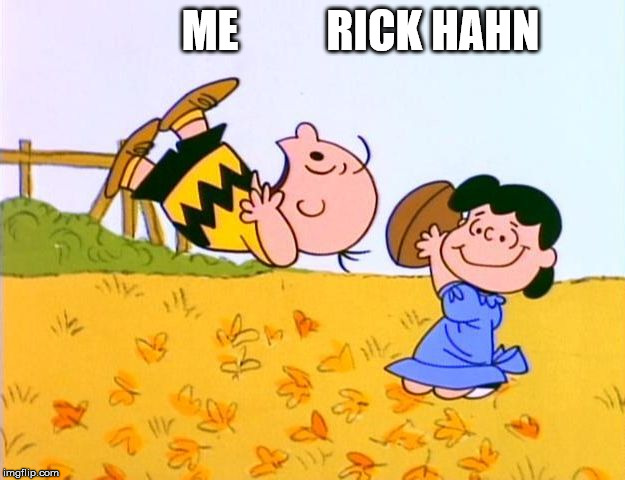 I told myself I wasn’t gonna fall for it again. I wasn’t going to get excited about anything that Rick Hahn has to say about offseason targets or the money they plan on spending or who might be in play for the Sox to sign as a free agent. Yet here we are, listening to him with reporters at a spa in Arizona talk about potential targets for the offseason and the needs of the White Sox in both the near and long term.

This isn’t really a surprise on the face of it, as Hahn isn’t going to say anything less than that because every agent in the MLB Universe is listening for anything that could give them an edge in negotiations. The fact that Hahn even mentions “premium talent” implies that they’ll be in on everybody this winter, as pretty much everybody in the top tier the Sox theoretically SHOULD be in on.

Which brings us to today’s target. Someone that I wasn’t going to bother with, but now much like Charlie Brown with Lucy and the football, I’m trying to convince myself that THIS TIME IT WILL BE DIFFERENT. I know deep in my heart it’s gonna get yanked away again, but hope springs eternal. So let’s charge headlong at that football and talk about Anthony Rendon.

Why Him?: Did you see him in the postseason this year? (judging by the ratings up until Game 7 the answer is probably no) The man was a machine, posting a 1.10 OPS during the entire run, with 3 HR and 10 extra base hits to go along with his 15 RBI. Postseason stats not good enough for you? Well he’s been one of the best hitters in the majors the past 3 seasons. Since 2016 he’s been an unstoppable hitting force, 4th best in the entire league.

In that time he’s slashed .294/.384/.528 with 103 dingers and 403 RBIs. The only player higher than him in RBI totals is Nolan Arenado and his home park has the same gravity as the International Space Station. Oh, Rendon has also been worth 24.2 WAR in that time span. The closest White Sox player in that category is newly resigned Jose Abreu with 9.4 WAR. On top of that Rendon is a plus defender at the hot corner, totaling +18 DRS in his career with the Nationals. UZR likes his defense even more, having him at a +32.1 for his entire career.

He also smokes right handed pitching, batting .289 against them in his career, and over .300 in the past few years including a .320 mark this past season with 24 home runs. There’s nothing this guy can’t do at the plate. He’s an instant upgrade for the White Sox batting order, and would most likely hit 3rd after Yoan Moncada and before Jose Abreu or Eloy. If you can’t get excited about that batting order, then you’re most likely suffering from a critical case of being dead.

Why Not Him?: Theoretically there should be nothing in this category. The guy is amazing and instantly makes the team better. In reality? He’s represented by Scott Boras, so there’s the history between him and Jerry Reinsdorf right off the bat. He’s also by far and away the best hitter on the market, so the Sox will have to contend with multiple suitors for his services and we’ve seen how that played out in the past.

He’ll also be entering into his age 30 season, and if you’re super worried about Jerry getting the most value for his investment (I’m not) regression would be a concern. Also he plays 3rd base, so defensively you either move Yoan back to 2B or you ask Rendon if he’s willing to move to 1B from time to time or DH. Or perhaps you try Moncada in RF which kills two birds with one stone, other than the fact that he’s never played in the OF so you’re resigning yourself to Luis Robert basically playing the entire field by himself.

These are all nitpicks, however. None of this should stop Hahn from making Boras an offer that Rendon can’t refuse as he instantly makes the Sox an offensive threat and puts the entire central division on notice that they’re coming for them.

How Much Is This Free Resort Weekend?: Now we come to the rub. Boras has talked openly about trying to get Rendon a deal in the range of what Nolan Arenado got from the Rockies when he signed his extension last season (7 years and $234 million). The comps between the two are similar, with Arenado being a year and a half younger than Rendon.

Rough guess here, but I would think Boras would have a goal set of 7 years and $250 million giving his contract an AAV of around $35 million. Would the Sox be willing to go $8 million more a year then what they offered up to Manny Machado in their failed pursuit last offseason? I think we all know the answer is no, when in reality it shouldn’t matter in the slightest. The team payroll sits at a meager $55 million right now after Abreu accepted his qualifying offer yesterday leaving plenty of space for what Hahn needs to add and extend on the Sox roster.

There should be no reason Rick Hahn and Jerry can’t take a realistic run at Rendon this offseason, and signing him would be a cause for great celebration among the White Sox faithful. It would also show the fanbase that they aren’t fucking around this time and the story of Jerry saying “finishing second pays just as much” is a total myth. Not to mention it certainly would solve a lot of the team’s offensive woes. It makes a lot of sense for the Sox, and would make a whole lot of dollars for Jerry to field the first winning roster in over 7 years. It’s gonna be different this time, right? 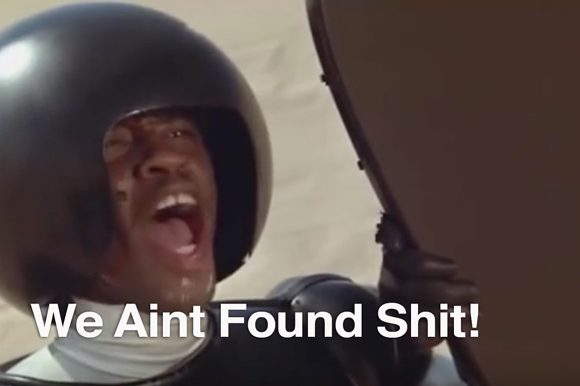 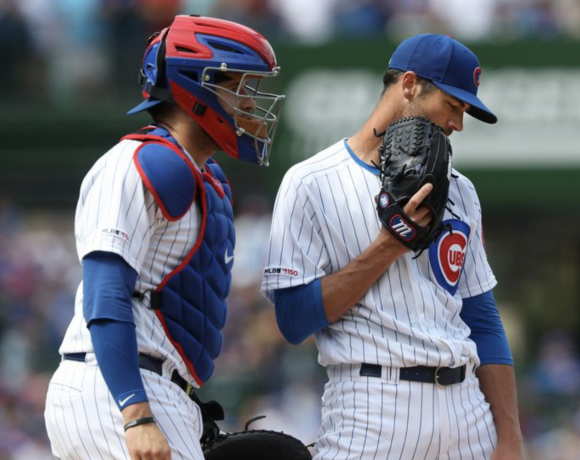