Brent Burns Is The Worst Defender In The World 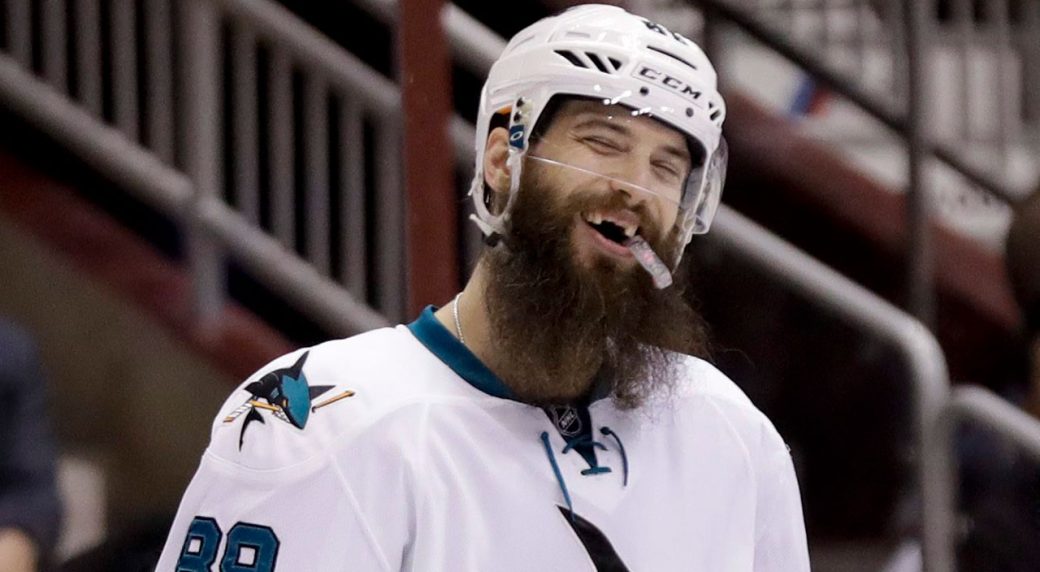 Before the playoffs, SinBin.Vegas (a Knights blog I’ll check out when I need to update myself on said team) wrote a post about how Brent Burns was actually an advantage for them in their series against the Sharks. I thought it was yet another product of unearned arrogance for a team and fanbase that hadn’t even been in existence for two full seasons yet, even though I’ve never really rated Burns defensively either. I figured he could out-produce and out-push whatever mistakes he makes in his own end, as he pretty much does during the regular season.

This has been Burns in the playoffs:

Last night was especially gruesome if you’re a Sharks fan, and truly rewarding if you’re into absurdist theater. Let’s start with Colin Wilson’s goal that pretty much ended Game 4 as a contest:

When Rantanen loses the puck into the slot, you’d assume that Burns would just slap it away on his backhand or smoothly let it roll to his forehand and then skate it out. Instead he attempts…I don’t even know…a Cruyff turn? The result is him banging it off his skates and leaving it right there for Rantanen to get a second bite at it, which left him the space for that incredible pass to Wilson.

That wasn’t Burns’s only hiccup that turned into an aneurysm, in even that period. On Carl Soderberg’s mystifying miss in the 3rd, Burns follows Matt Nieto into the corner with all the passion of getting his license renewed, and then just kind of skates around back up to the circle like a little league outfielder, while Soderberg is just standing at the side of the net waiting to y’know, score. There were at least two or three other instances in just the 3rd period last night where Burns got scorched, or was just loitering around begging for change I assume like North Shore kids in front of The Alley (sky point), or actively running away from where he was supposed to be.

The highlight had to be Sam Girard coming down the middle on a 3-on-2, and Burns on the right side of the two  turning his back on Girard to cover the stationary winger along the boards, who somehow was calculated by Burns with whatever broken slide-rule covered in mustard is in his head to be the bigger threat. Girard faked that pass by like, kind of looking over there and suddenly Burns gave him a runway to the net that O’Hare would pay millions for. It was like when you fake throwing the tennis ball for your dog and they go charging off for five steps and then can’t figure out what they’re doing.

And it’s been like this all playoffs long. All the shit that Erik Karlsson used to get yelled at by red angry men on TSN in the past Burns was actively doing last night and the past three weeks. But because he’s a good Canadian boy it’s rare that this ever gets pointed out. This motherfucker has a Norris! I hate to say Drew Doughty was right, but my lord.

It’s like watching a child lost in the supermarket. You feel sorry for him but at the same time you can’t wait to see how he tries to solve this puzzle. And Burns is just charging through the produce shelves hoping to just run into mom’s knees. You’d think it’s impossible to get this lost in a contained space but Burns seems to find space where there didn’t look to be any space or creates more of it, and all in the wrong way.

It’s honestly been the most fascinating watch in the playoffs. Where will Burns charge off to next? Is he going to be at the circles when the puck is behind the net? Vice versa? Is he going to choose to cover the beer vendor? Will he actually light his beard on fire? You can’t rule any of it out!

It’s just about as freeing an experience in the playoffs. Anything could happen. There is no impossibility when Burns is on the ice. I bet you thought there would never be a rip in the space-time continuum. Buddy, let me tell ya, it could happen. His brains could literally spill out of his ear (which I assume would result in another major to Cody Eakin). He might just leap against the glass like Ron Obvious trying to leap the English Channel. It’s honestly a bucket of rainbows.

Erik Gustafsson must watch Burns and do a Joker impression. “And I thought my jokes were bad.”