Blow Up The Outside World – The Metropolitan/Megalopolis Division 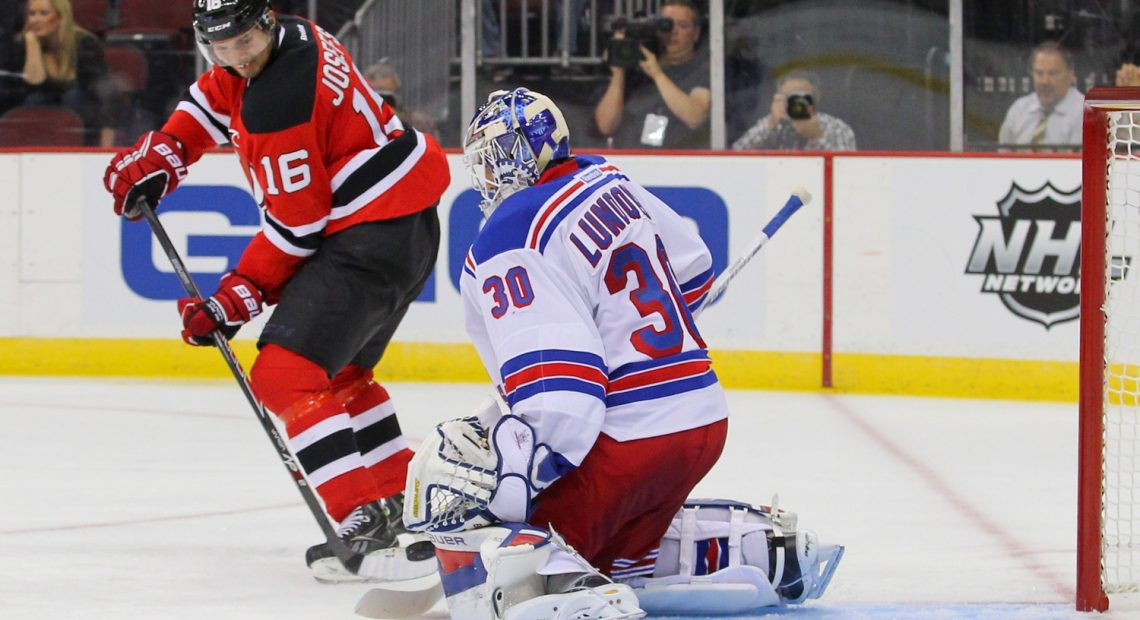 Staying out east, it’s now time to take a look at the other half of the realignment mess that is that conference with the Metropolitan Division, which consists of all of the Mid Atlantic teams, and somehow Columbus and Carolina, which is the first time either place has been referred to even remotely as metropolitan. Most of the punditry will tell you this will be the best division in the new alignment. But just because it’ll be competitive doesn’t mean it’ll be well played.

Carolina Hurricanes – The Canes changed their uniforms this offseason, but not really. The same could be said for their roster, which added Anton Khudobin as a value pickup as Cam Ward’s backup, and Ron Hainsey only when they absolutely had to because Joni Pitkanen was lost for the season. And when Joni Pitkanen is a key loss on the blue line, that should tell you what expectations for the team are. And they’re still one Staal short of completing their collector’s set.

Columbus Blue Jackets – The other team to move east to spare their 8 fans the indignity of having to stay up past 9:00PM to watch their road games. Last year the Jackets came oh-so-close to making the playoffs on the back of Vezina winner Sergei Bobrovsky, who back stopped a far scrappier group of Jackets than the Central division had seen. Now they have Marian Gaborik and no one to really get him the puck, so it’s pretty much just like his days in Minnesota. And now that Bobrovsky’s paid and has to do it over a full 82 game season in a tough division, expect the Jackets to regain their rightful place at the bottom of the heap. But keep an eye out on their GM, Jarmo Kekalainen, who at least seems to have a plan.

New Jersey Devils – Uncle Lou pulled perhaps the biggest draft day shocker in trading for Corey Schneider for a first round pick, which caused much rejoicing at the expense of the Canucks and their ridiculous handling of the Roberto Luongo situation. Lou now has his replacement for when Fatso retires, whenever that might be. Speaking of overweight 40 year old hockey players, the also have Jaromir Jagr, ostensibly to replace the the now KHL bound Ilya Kovalchuk. I personally still need convincing that there weren’t some illicit dealings between the League and Lou that allowed him to escape with only a 250K annual cap recapture penalty. The Devils were wise to let Toronto overpay for David Clarkson, but then they turned around and overpaid for Ryane Clowe’s dumb ass. I guess the extra E’s carry a minimum charge or something. And Michael Ryder will still score 25 goals even though he can’t move.

Oh, and they have a new owner as well. So overall a slow summer in the Meadowlands.

New York Islanders – With their first playoff berth in 8 years, the Isles and newly minted Captain John Tavares gave the Penguins a bit of a scare in the first round before ultimately falling short. It’s a team with a ton of cap space, all of their young talent locked up and cost-controlled, and moving to a new arena shortly, albeit in an borough too cool for hockey and in a building not built for it. Even after finally cutting bait with the sad tale that is Rick DiPietro, Garth still cast his lot with Evgeni Nabokov, whose awful play was only hidden by how spectacularly terrible Marc-Andre Fleury was. But if the other JT provides another Hart-caliber season with a C on his sweater now, Nabby might not matter. At least until the playoffs start.

New York Rangers – It really never gets old watching Slats screw the pooch. This time around it’s the Derek Stepan situation, which we touched on earlier in the summer, and he remains unsigned. That no one in the league, particularly the Islanders, has tendered a sheet towards him screams “collusion”, but again, that’s a story for another time. Slats also launched Torts in favor of AV, which is pretty hilarious at face value, but despite all of his shitbag antics, Vigneault showed in Vancouver that he’s on the bleeding edge of some of the possession metric stats as they relate to zone starts, and that very well could get Brad Richards’ career back on track, despite now being in his mid 30s. But even with that handsome guy Big Bank Hank stopping pucks, they’re still relying on suspected wiener tucker Rick Nash to perform in the spring, Michael Del Zotto to not be a mess defensively, and for Vigneault to not implode when shit gets tough. Good luck on all those fronts.

Philadelphia Flyers – The next best thing to the Clown College that is Toronto. Even in jettisoning Bryz and Briere, the Flyers still have some abominable cap numbers, starting with giving Vinny $4.5 mildo over 5 years. The Mark Streit deal might be even worse, at $5.25 over four years, and his is a 35+ deal.  Chris Pronger will never play again, and the Flyers will continue to look for his replacement in all the wrong places until his deal expires after two more years of LTIR. Ray M. Murray should get a chance to take the starting goalie job away from Steve Mason, but his numbers will probably look drastically different than last year’s behind Philly’s blue line. But if Claude Giroux returns to form it should be enough to get them into the playoffs, and therefore make Paul Holmgren do something hilarious at Ed Snider’s behest at the deadline.

Pittsburgh Penguins – If Ray Shero was such a genius for acquiring Douglas Murray, Jarome Iginla, and Brenden Morrow, how come none of them were re-signed by the Pens, with Murray going deep into the summer before catching on with the Habs, and Morrow still without a home or even a tryout?

Washington Capitals – The Caps were able to capitalize (GET IT?) on Toronto’s imbecilic personnel decisions by nabbing Mikhail Grabovski after he was bought out by Nonis & Co, and waited for his price to go down to a managable number. While only a one year deal, his cap hit at $3.0 mildo is less than 60% of the rat faced, flop artist, woman-beater Mike Ribeiro at $5.5, and is a far better player.

This is a team that could go either way, either balls up or primed for a deep playoff run, though for the sake of many people’s jobs (specifically George McPhee, whose punch of Lorne Molleken’s face gets curiously glossed over whenever pieces about his icy demeanor pop up), they’d better hope it’s the latter.