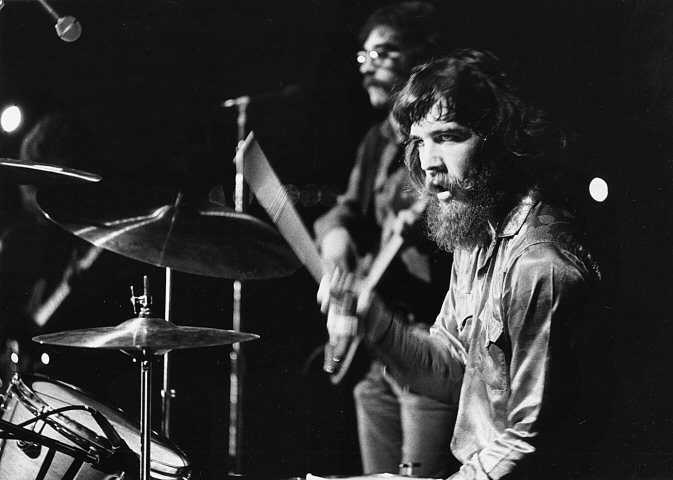 Clifford, bassist Stu Cook, and the Fogerty brothers, John and Tom, all met in junior high school, and began playing covers (as most junior high bands do) under the name The Blue Velvets. Clifford was drafted into the Amry Reserves in 1966 during along with John Fogerty, where it can only be assumed that Clifford’s trademark beard was in no way regulation. Upon their discharge the the group changed their name to Creeedence Clearwater Revival, and the the politically charged, southern flavored hits began to come. But like most great and influential groups, tensions within burned hotly, particularly as Fogerty took more and more creative control of the group, and the group had officially called it quits by 1972, with seven full length records already under their belt.

Clifford’s straightforward style has provided the backbeat for the group’s output, but it’s simplicity shouldn’t be mistaken for a lack of skill. And that’s to say nothing of the endurance needed to stay on time for 9-minute album cuts, which would veer to nearly double that time during live performances. And he’s been sticking with what works now, both aurally and aesthetically, for going on six decades.