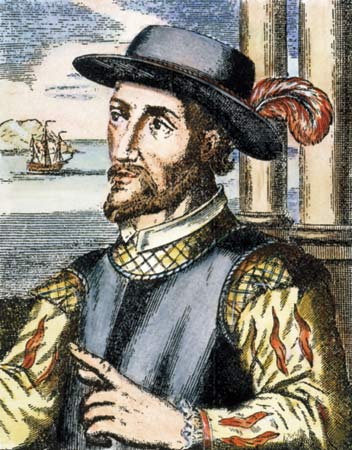 You didn’t think we’d forget to make a beard post today, did you?

The drama and stress from last night’s game probably took several years off my life. And if the game didn’t, the whiskey afterwards certainly did. How could we combat that and the stress that will certainly come when the Hawks take on the Bruins in the first Original 6 Finals since 1979.

Well the Fountain of Youth would certainly help. And if there’s one person who knows all about the Fountain, it’s Jaromir Jagr… but he’s not going to help us so we’ll have to go with Juan here instead.

In actuality, Ponce De Leon was most likely never actually looking for the Fountain of Youth. Most people didn’t associate him with that story until after his death, perhaps to discredit him and make him look foolish. He was likely just after gold but instead found himself getting an arrow in the thigh.

And, I learned today that Ponce De Leon was actually on board Christopher Columbus’ second voyage to the Americas as a “gentleman volunteer”.