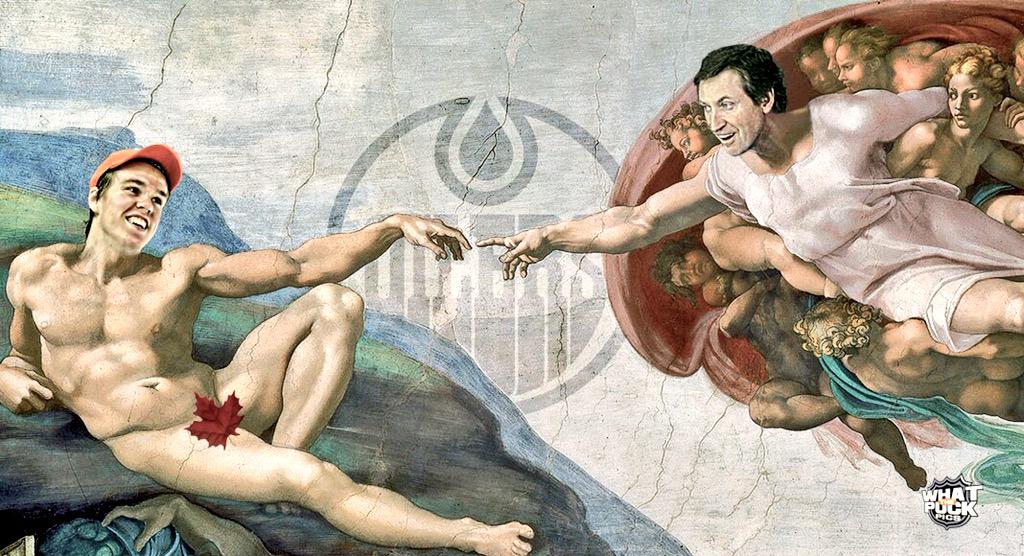 Again, I wanted to be complicated here. Before the year the other three chuckleheads on this blog picked Matthews to win Rookie Of The Year. I went with Laine simply because I don’t like doing anything the other three do. I also wanted to see if I could make a case for Mitch Marner. But even though Marner has a slight lead in points, Matthews has the same amount of goals as Laine and is skating slightly tougher shifts than Marner in terms of zone and competition. He’s also carrying play better. Sometimes, the answer is the one right in front of your face.

Yep, just being an asshole. His teammate is clearly going to win it. And when Brent Burns ends up with near 30 goals if not over it, it would be hard to argue. But we had this talk when we last did this, and perhaps the best d-man should be rewarded for his whole game. Vlasic takes on the toughest competition for the Sharks, gets far worse zone starts, and has the same possession numbers as Burns. He also has one of the lowest marks in the league in shots-against per 60 and xGA per 60. Vlasic locks down his own zone, and if Doughty got a lifetime, “please feel sorry for me because I play on the West Coast” award last year, Vlasic should get one this year.

I’m just not going to stop now. You have to bend over backwards to try and not give this to Patrice Bergeron. In fact, this goes beyond a bridge or wheel in yoga class. You’re not getting there, and Bergeron is going to win this award until he decides he doesn’t want to anymore. But, I’ll try and make a case here.

Granlund has the best mark in scoring-chances against per 60 minutes of any forward, and third best expected goals against per 60 as well. He starts far more of his shifts in the defensive zone than Bergeron does, 22% compared to 36% for Bergeron. But he’s able to finish 34% of his shifts in the offensive zone. Granlund doesn’t benefit from a great defensive team around him, though he does benefit from Dubnyk behind him. But the two’s relative numbers are pretty much the same in xGA60, Granlund doubles Bergeron’s relative in scoring chances against relative to his team. It won’t be enough, but I don’t need it to be to stand out from the pack because I’m just that weird.