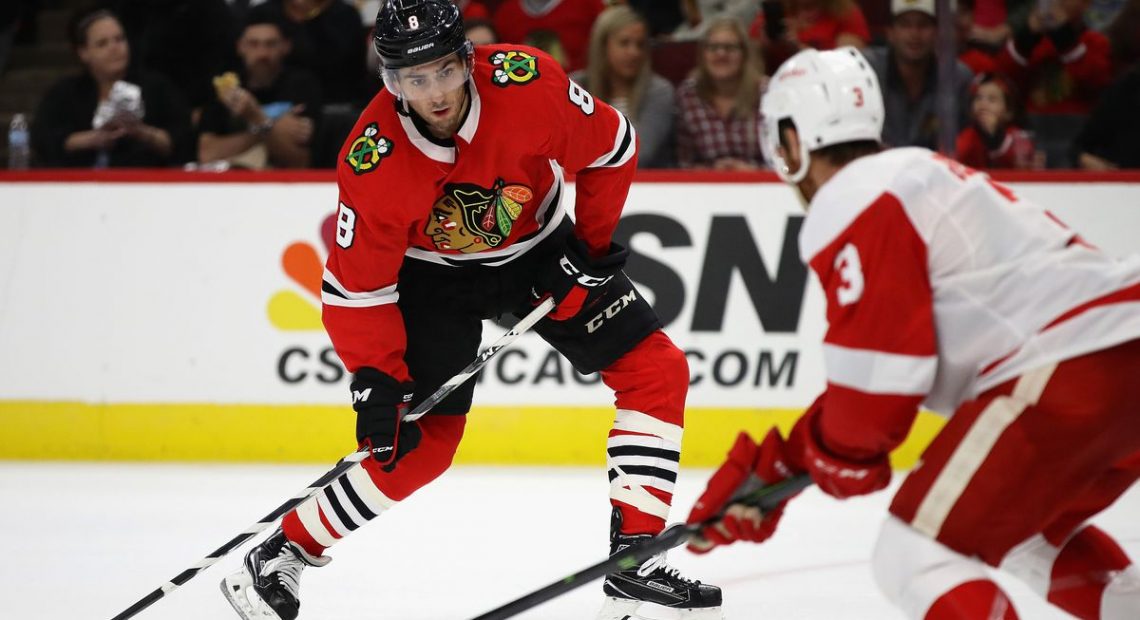 It’s tough to put a lot of stock in preseason games, obviously, because you’re not getting a full squad run from either team, and players are still getting back into the rhythm of playing games and what have you. At this point in the preseason, though, we’re getting more toward real-ish hockey. The Hawks played most of the big names tonight, and the Wings played a number of their top guys as well (not that they have many left at this point, but you get me). Keith played. Seabrook played. Toews played.

What I am getting at here is that even with the context of it being a preseason game on a Tuesday night in gosh darn September, the Blackhawks defensive effort being so damn putrid tonight is pretty troublesome. There were just too many occasions where guys got beat, or turned the puck over badly, or were out of position, or were just plain bad. We already knew at the end of this year we’d look back at the blue line and realize it was more like a BLEW LINE (save that one for later, but make sure you credit me thanks), but for it to look so bad so early is not good.

Anyone with a brain has known since the charade the team put on last year that Crawford’s health status for this season was gonna be in question. We knew the backup situation was bad, and Stan might need to upgrade it. Cam Ward is not that. If Crawford doesn’t come back relatively early in the season, the damage done by playing Ward could literally be irreversible.

You might be thinking this has become less recap and more scorched earth takedown of Cam Ward. But really, this becoming a scorched earth takedown of Cam Ward is the ultimate recap of this game, because score the earth and take down Cam Ward is exactly what the Red Wings did tonight. They got him pulled from a preseason game in which he was supposed to play the whole damn thing. LMAO.