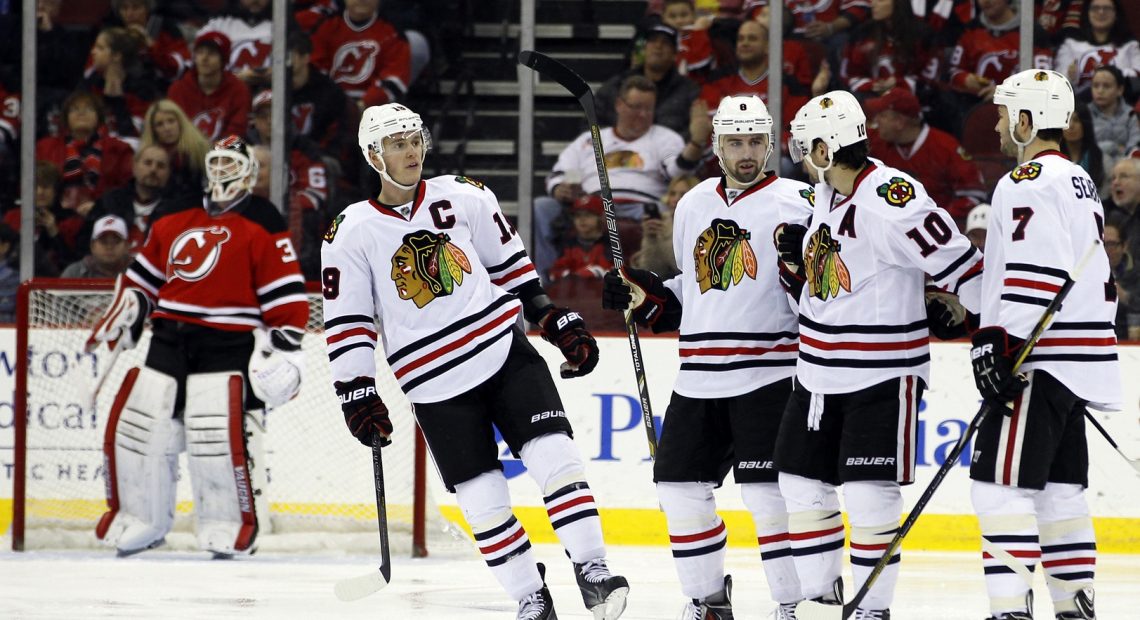 This kind of explosion in the third period is exactly what makes this team so much damn fun to watch. While there were chances on both sides of the ice in the first, it remained a pretty even and quiet game. There were shifts where both teams threatened but neither goalie or defense was going to give anything up. So after the first remained scoreless with relatively few shots and the second period ended tied at one it seemed like it could end up being a “next goal wins” scenario. Then the third started and the goals flooded in 3 of them in about 4 minutes. It was a blink and you’ll miss it scene. When the Hawks can smell blood in the water, they can usually capitalize. It’s just where they left off last year when they scored those two goals in 17 seconds. It doesn’t happen every game (like most games against the Blues this year unfortunately) but the Hawks can make good teams look very silly and they can make mediocre teams look worse. While the Devils were able to claw their way back into this one. After Hossa’s wrister you could easily have put it in the books.