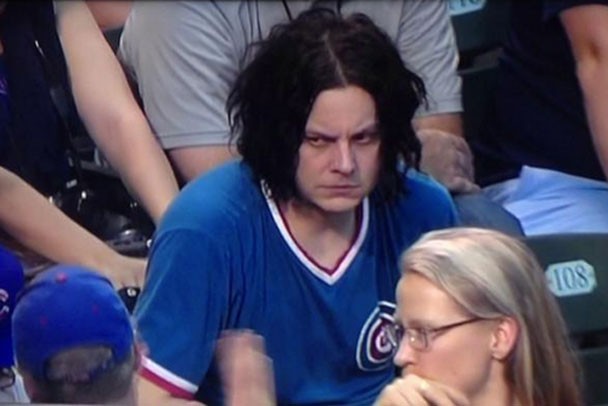 I told you we were going to try some new stuff here. Today it begins. My lament as the season draws close.

I had a hope that the approaching of Opening Day, along with watching basically the dress rehearsal against the Red Sox last night, would erase any feelings of bile or mistrust of the Cubs to come. Sadly I’m still searching for that..

If I were to tell you it’s not been the easiest offseason for Cubs fans, I’d have a pretty handy headshot and resume for an audition for the role of Captain Obvious. That would also seriously understate some pretty heavy issues that surround the Cubs, and baseball as a whole, that they encountered and failed to navigate all that well through the winter months.

I’m not going to tell you how to feel about the Cubs and your fandom. Your fandom is yours and yours to do with what you will. I don’t think there are any wrong answers. That’s not to suggest I’m at ease with any of it: Sinclair, Addison Russell, the lack of spending and the reasons/confusion/lies for it. While it seems silly to equate what the Cubs spend on their payroll to serious, all-world issues like domestic abuse and biased/bought media, at the base of it it still does get to labor relations, union rights, and income inequality, and that is an issue in our time.

For me, and I’m not prescribing this for you, I don’t want to be robbed of something I’ve loved my whole life, and has been a big part of my life, by someone I can’t beat through that route anyway. I could turn in my fancard, not buy tickets, burn all the memorabilia and not acquire more, not watch, but the only person who loses anything there is me. And you can say that if more felt like that, owners like Tom Ricketts would feel the pinch. Maybe, but even then he’s still a billionaire (or more accurately, the son of one), and the loss is small if even noticeable. There are other routes to change, and those are the ones I prefer to follow.

But there is one angle I can’t reconcile, which frightens me because it only comes about if the Cubs defy the projections and are the last one left standing come the end of October. And that’s a real possibility and that’s supposed only fill me with excitement and anticipation of the coming season.  Which is the whole point of being a fan, or most of it. And it was inspired by a piece on Deadspin by David Roth.

It generated an image inside my head, of the Cubs on the field at Wrigley, having just disposed of the Astros in six tough games (in what you’d have to call an upset, as the Astros lineup is the baseball version of the Infinity Gauntlet). Rob Manfred hands the trophy to Tom Ricketts. And he has this smile that doesn’t say he was right all along, but that he got away with it. You know that smile. You’ve seen it on tons of people who have advantages they didn’t earn and you don’t have, and also think they’re entitled or deserved, or worse, earned them. The smile of the guy you know you’ll never get one over, the one who’ll never lose. The one that says he knew better, when you know for damn sure he never did.

I’ve never thought of Ricketts as a dumb man. I’m not sure he is. I don’t think he’s a baseball genius or anything close. It doesn’t take a deep well of baseball understanding to just go and hire the best guy with the biggest name as an executive to lead your team’s turnaround. I think he probably is a genuine fan, but not as much as he plays up to cover what’s really going on. If he were a real fan, this offseason probably looks different.

I’m sure like me, you haven’t bought RIcketts’s claims that there just isn’t money for the Cubs to spend. It’s there, he just doesn’t want to. Doesn’t think he needs to. And he doesn’t, because the Cubs will be massively profitable no matter what happens on the field this year. Remember, he didn’t take action on his baseball operation until the stadium was half-empty most days. Which, fair enough, I guess.

But until the media asks some serious questions, which they haven’t, and the Ricketts family is forced to show the math on where the money is or where it didn’t come pouring in from that it was supposed to, no Cubs fan is going to take him at face value. You see the sellouts, you see the prices, you see the developments around the park, you know about BAMTECH, the new TV deal, etc. It’s the evidence you have.

And it is likely that the trophy and confetti and champagne will rain down on someone like Ricketts or Ricketts himself who will get away with it. The Dodgers could have a $300M payroll if they want, and they’re almost certainly the NL favorites. They may find the Yankees or Cleveland when they get there. You could extend this out, because really any team these days can spend what it wants. They didn’t.

On the surface, due to my personal feelings on the city of Boston after living there for three years, another Red Sox championship left my food tasting like dust. But deeper, it’s somewhat righteous. Because the Red Sox didn’t sit out last year’s free agent market and got themselves a J.D. Martinez. They could go even higher, but money didn’t seem to be filthy lucre to them. Sadly, they seemed to have been the only ones.

And it could be the Cubs. A healthy Darvish and a healthy Bryant makes a bigger difference to this team than a lot realize. They only need solid or expected contributions from pretty much everyone else, and maybe one surprise, to be zeroing in on 100 wins. The playoffs can be anything, as we know.

And should it result in the second parade in four seasons, something we couldn’t even conceive of just 10 years ago. Ricketts will be up there about being true to their plan, how they knew all along, that all we had to do was trust their work and the system. That’s what he’ll be selling, at least.

And it will all be horseshit.

They’re on this plan because Ricketts didn’t give Theo and Jed any other choice. Those two didn’t want it this way I’m almost sure of that. They didn’t do this because they had to. They did it because Tom could. And another championship lets him get away with it. To smugly smile at all of us who couldn’t do anything about it, or more likely, forgot about it entirely while being swept up in the season and playoff frenzy. That will be part of the moment I still dream about every day. That’s how they always get away with it. It’s the perfect crime.

I’ve got seven months to figure out how to deal with it, if it comes to that. I may need them all.

Remember to hit those share buttons if you like what you see. They’re gonna take our thumbs!